In iOS under settings, iTunes&App Store - selectors for music, updates, etc - turn off updates. Now App Store icon should display a badge with number of updates available. As I learned the hard way, do not select Update All. Now manually select the updates desired individually. However, in this case the next Wyze update will hopefully fix the recent flaws. Also note that after a major iOS update, you should always revisit your settings. Plus iOS updates then to spur a flurry of app updates so don’t ignore manually updating if you have a lot of apps. I’ve seen over 50 waiting to update at times.

Device Trigger Scheduling would be a great idea.

Hey everyone, I’m Greg from the Design Team here at Wyze. We’re so sorry to hear about the issues with the new update. It’s really upsetting to us too, and we’re aggressively working on a solution as fast as possible.

Thanks for chiming in Greg, we appreciate the update.

Excellent. Thanks for the update Greg.

Hi all, thanks for all the great feedback and sorry for the issues with the new app. Like what Greg said, we’re working hard for solutions but in the meantime, if you’re having significant trouble with Android 2.5 version, we have V2.4.82 APK available for download through our website here.

Despite my frustrations with that new update, I still tell people they’re the best starter cams & sensors hands down. I have a local Micro Center, and have bought 10 for my family, we also utilize them at my work, on a very very small scale for Automation testing. Just keep listening to your users and I’ll continue to push the products, because I love them. Thanks for all the hard work, looking forward to the next update. @WyzeLi @WyzeGwendolyn @GregR @WyzeMike & others.

Just keep listening to your users

Would like to see you take down the current iOS version and replace with previous version. Just call it 2.5.46 so it looks like an update.

Really, only reason I continue to remain a customer. You won’t generally find this type of interaction or support with the hundreds of Chinese mfgs.

I don’t see the link to the download on that page. Am I missing something?

Never mind, I see it now. I think I needed to refresh the page.

That’s great , some people are uncomfortable downloading the file from another site, I would think downloading it from Wyze site would ease their minds

Yes, I didn’t want to download it from an untrusted random website that I was unfamiliar with. I uninstalled the 2.5 app from the Play Store and installed it from the download. I am not able to connect to the cameras and view the video without problem like I used to. So, the problem is definitely with the new app. It is great that I am now able to use my cameras again, but, I hope that Wyze fixes whatever the problem is with the new version. When that happens, I will then need to figure out how to uninstall the app that was installed from the download, as it doesn’t appear to appear in the list of Play Store apps, since it wasn’t installed through there. I don’t know off hand how to do an uninstall for apps that weren’t installed through the Play Store.

I agree. Nothing wrong about being paranoid with downloads from unfamiliar websites. Better to be safe that sorry!

I was experiencing troubles with my V2 since about 2 maybe 3 app updates ago. Samsung tablet. Android.
When in HD or SD the sound and video is as it used to be, maybe half second lag, but now the sound is the same but the video has a 25 second lag. When in 360 it is normal but sound cuts out. Now when watching playback it is in slow motion, sometimes about half of normal speed and sometimes a 60 second clip takes 80ish seconds. I tried all the usual, clear cache, stop app, power off on (router and camera) everything short of uninstalling and reinstalling the app.

I contacted Wyze for support but before they got back to me I reinstalled a previous version of a older app and it worked for me. 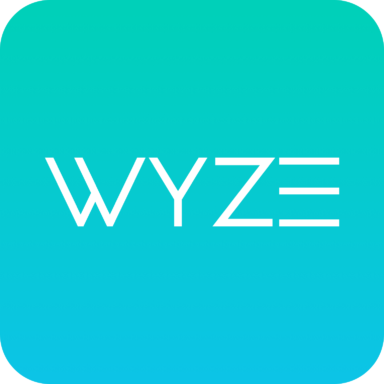 Next day Wyze got a hold of me, after I told them what I did and here is some of their reply.

Since currently, we are working on fixing the bugs and issues that go with the current app version it would be safe to go back and use the old version. We don’t really recommend it but if you feel that this work best for you then go on. You can install the new app later on when it is already free or issues.

If you have time, Lyle, you can share what you did to the Wyze community so at least other people will be able to know that is can be a temporary solution to their issue. Please click on the link: https://forums.wyze.com

In the meantime, allow me to close the ticket and if in case you need an answer to your question or you need further technical support, please don’t hesitate to write back to us.

We are working on a solution and agree that the new app update has impacting connectivity for some people. We are sorry for that experience and will fix it as soon as possible. It’s our top priority now.