Saving video from Cam Plus problems

Hi there - having a problem saving part of a video from a Wyze Cam v3 with Cam Plus playback. So I’m looking at a portion of playback from a previous day in the timeline and I want to save a couple minutes of it. My understanding is that I play that section and hit ‘record’ in the app while playing it - when I stop it says it’s saved to my album. I look at the video in the album and it’s just the upper left corner of the video image filling the screen! What am I doing wrong?

Open the photos app on you device iPad/iPhone, the video is probably there, look for recents.

Here’s a still from the video that I took using the little ‘camera’ icon while playing the video in the Wyze app: 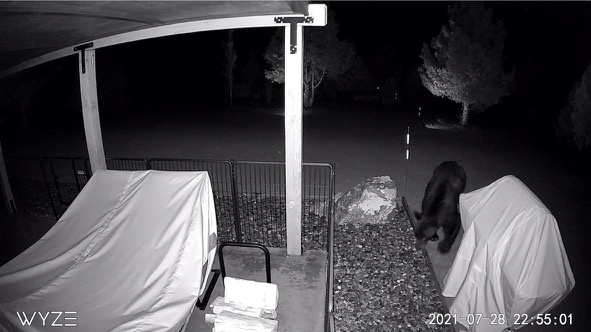 And here’s a screenshot of a frame of the video that was saved to my album: 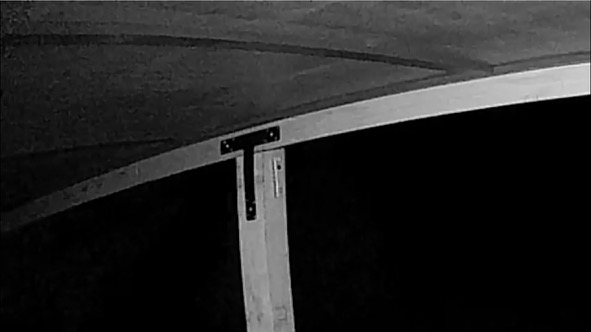 Nice Bear. I have one V3 and it is on cam plus with a 64GB SD card formatted to FAT 32 in it. If I see video event on the events page of the app from that cam that is interesting I will go back and play it. As soon as it starts I will tap the playback icon that looks like a SD card then I will tap the little round record icon on the bottom of the app until the video ends. 10 second or 2 min. makes no difference. The videos are saved to my iPhone in the photos app. You do know that you have to select that WYZE has access to all photos correct?

Thanks, yes I have given access to Wyze for photos. Again, to be clear, the problem is not that it’s not saving - it is, The problem is that the video is only showing the upper left hand corner of the frame! And my understanding is that with Cam Plus, this has nothing to do with the SD card.

Do you have an SD card in the cam? If not get a 32 GB card or a 64 GB card and format it to FAT 32. If you have an SD card maybe you should take it out and play it. I have no idea why it would just show the top portion of the video, never had that issue. The “playback” is from the SD card in the cam not cam plus as far as I know. Cam Plus is the cloud video. You can play the event video until the end then either tap the download icon to download or the share icon and send it to yourself.

I appreciate the ideas, but it’s not addressing the issue. Yes, I have a formatted SD card in the cam. No, this is not an “event”, this is trying to record from the Cam Plus timeline. Yes, it’s recording, and placing the recording in my “album” and in my Photos library, BUT…as I’ve said from the start and illustrated with screenshots, the video is only showing the upper left corner of the full frame.

Can anyone (Wyze??) help figure out what’s going on here?

Is there a way for you to copy the saved video (maybe via Bluetooth) to a PC and watch it there?

This will determine if this is simply a video playback issue, or the video itself is really the problem.

Well, I can always pull the SD card, but the camera’s in a remote location, so it’s not the most convenient thing to do. One would think there’d be a way to get at this another way, but maybe not. I have tried sending the video from my album to my laptop with the “share” function - the video transfers, and plays fine on my laptop, but again, it’s ONLY the top left corner of what’s actually in the frame, as shown in the screenshots above. This is very strange, and smacks of a bug to me, but what do I know?

Thanks for the input!

I mean the video file that you downloaded from CamPlus to your phone (or tablet).

Thank you - that relates to another post I had sort of trying to figure all this out. How does one download video from Cam Plus without recording it onto the SD card?? I don’t see a way to save a chunk of the Cam Plus cloud recording without just hitting the little “record” button while viewing it in the app (which records it to the SD card unless I’m missing something (entirely possible)). What am I missing?

You can download CamPlus recordings to your phone or tablet.

I don’t know if you can, to the SD card, I’m guessing it isn’t possible.

But I’m confused now, I thought you already downloaded to your phone?

And to summarize this: Is the downloaded video file bad, or is playback app bad? That’s why I suggested using another playback device - your PC.

You can downlead CamPlus recordings to your phone or tablet.

How? The only way I see is to hit the “record” button while viewing the video playback. Is there another way? Remember, this is not a “detected” video event, this is just trying to grab a chunk of the Cam Plus video playback from several days previous.

But I’m confused now, I thought you already downloaded to your phone?

I recorded a piece of the Cam Plus video playback by hitting the “record” button - then putting that in my album; this gives me the strange video with just the corner of the frame.

And to summarize this: Is the downloaded video file bad, or is playback app bad? That’s why I suggested using another playback device - your PC.

Again, I’ve “shared” the video recorded as noted above to my laptop and it plays back the same there which makes me think it’s a bug in the record function.

That clip looks zoomed. Have you tried double-tapping on the video to see if it zooms back out?

It does look zoomed doesn’t it? Sadly, it’s not - that’s the full frame as it’s been saved after ‘recording’. Confirmed viewing with Quicktime on a laptop. Only thing I haven’t done is pulled the SD card (because the camera is in a remote location).

I don’t have access to iOS 14, so I can’t test for you to see if this is a bug. However, I did post a question in the Beta section asking of anyone can test this:

Need some help. We have a user in the community that has an issue with saving a clip to their iOS device. Can someone with a similar (or above) setup confirm whether this is a bug? Using both an iPad mini and an iPhone 6S on iOS 14.6 App version is v2.22.32 V3 firmware is v4.36.2.5 They are saving a clip from the V3’s SD card to their iPhone 6S or iPad mini. They then look at the video in the album, and it appears to be fully zoomed in on the upper-left corner of the clip. Double-tapping …

Thanks for all your help! Most appreciated!

I have iOS 14.17.1 and it works the same as it always did. My app is V2.22.32 and firmware 4.36.2.5 I get numerous videos on my V3 day time event recording and night time continuous recording. I can download any video on my 64GB card at any time without issue.

The issue is downloading from a CamPlus recording. Not from the SD card.

I think they just thought it was Cam Plus because they thought Cam Plus was providing the continuous recording. However, doesn’t hurt to try!