I have 19 cameras on several different properties.
I started installing Wyze cams approximately 3 years ago and in that time I have been able to sleep at night just knowing that I can check on my properties anytime I need to, even though they are located in 3 different states!
Last month video from Wyze cameras, in one of my locations, helped solve a burglary in my building.
The suspect was apprehended and is suspected in several other burglaries in our area. The police department said my cameras were crucial in solving this case. ( It’s hard to deny your presence on a video!) so YES, I am very satisfied with Wyze products.
Thank you.

Yes satisfied with a mix of v2 and v3s. Pet detection with cam plus alerted me when my new dog got out of the fence and ran across the driveway. Have been able to view recorded video to bust my son and his friends acting silly as well as who knocked over Mom’s plant.

is keytel ( the OP) on wyze payroll? with a mission to distract users from issues that need solving ( gaps in ifttt support, wyze sense issues )

everyone already knows their cams are solid products,

I am absolutely satisfied with my wyze cams. I have a ton of home automation oh, sometimes they come up with updates,and I am a beta user and you just have to work through a couple problems because they always seem to get resolved quickly. And then I’m always excited about everything that they do. I have four outdoor cameras outside I have the generation one V2, and I also use a couple of outdoor cams inside they work great I love triggers, and rules I have had a fun experience with it. Always trying to figure out what I can do.

How many cameras do they need to make? Many of their other products are awesome!

I think there’s a consensus among some cam customers that maintenance and repair of basic functions (and addition of widely-desired missing features) is neglected in favor of revenue-generating new products.

Wyze is primarily a ‘disruptor’ with great ambitions. They’ve never hidden that fact.

Expecting a disruptor to prioritize stability and reliability is unrealistic. So say I. 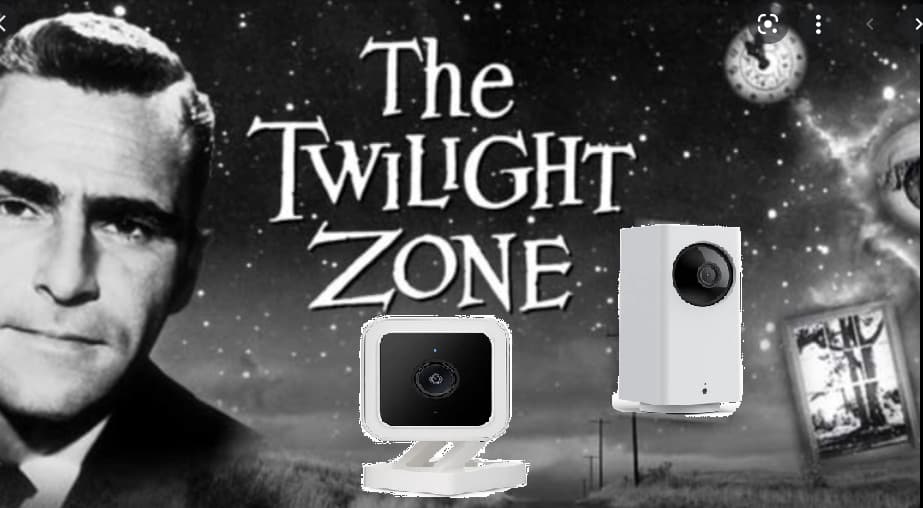 Yes I am veryatisfied. I have 2 v2 Cams, 1 pan cam, 1 outdoor cam, and 1 v3. All are working without failure and all of them have the Cam Plus. The Cam Plus is well worth it. I can filter videos by alert and review items WITHOUT my dog in them. I recommend them to everyone.

Hello, I am very satisfied with my v2 camera. I was in the mountians for 4 months and i was able to see inside my house night or day with very good clarity. I had a clock on the wall that went off every hour and the camera picked up the chime. there were several power outages during this time and the camera came back on lie as soon as comcast was back up and running. I put an sd card in the camera for added space. The app was easy to use and i got notifications for every movement and sound.

Yes, I have V2, V3 and outdoor cams. the best one is V3
V2 s are not in color at night
Outdoor cams battery life is not as advertised, the say 6 month , the best I got was a moth and after few months you have to re-charge every week, and for over 30 days now they do not record and or send notification, since they updated the base
V3 have some issues, like they change to B&W at night if the surrounding lights change, other than that they are very good so far

I have mine setup and working well. The cam gives notifications. But there is one difference that I’m trying to figure out between indoor and outdoor cam on my app… my indoor cams, on my app, have a “view playback” button on the bottom of the screen. The outdoor cam doesn’t have it. Is there an option or setting I’m missing? Anyone?

Mine have worked perfectly. Very happy with them. Two outdoor cameras and a V3 at a remote property.

Your play back is related to the SD card you have in the CAm-3 if you dont put in the SD you will not have play back.
For the outdoor CAm the SD card is in the base and not in the camera, thank is why

“Is Anyone Actually Satisfied With Their Wyze Camera?”
Yes the V3’s, V2’s and Pan-Cams

All the rest of Wyze products are JUNK in my opinion…

Actually I have had my pan tilt camera for about 2 years I love my wco cameras and the alarm system is amazing.

And yes it will jam my cameras

But not my quad path self installed professional security system. (Banks only use dual path)

Hopefully for those with wired systems, inexpensive EMP devices won’t become a thing during our lifetime.

At night time, a person could always set themselves up with an IR LED necklace that would make their head look like a glowing ball of light to most cameras. Of course, a low tech ski mask would also do the trick.

Doubtful pocket EMP’s will be here anytime soon, and if a burglar uses one he would be on foot too, unless he parked far enough away…LOL

Besides cams I have microwave point to point perimeter detection (like the break the beam sensors in stores in the old days, but instead it uses microwave) It also determines body mass and shape so most time it is 90% correct that a vehicle or human has entered property and occasionally detects a bear or big buck as detection threat. This is not part of the Professional Home Monitored (NON-WYZE) system but rather an alert that my compound has been compromised and rings a alert tone in home, office and sends a text to my phone. Then it’s target practice so to speak because where I live the Sheriff is at least 45-60 minutes response and everyone up here has their weapons of choice. Also the Sheriff issues CCW permits as El Dorado County is not like most cities in California whom do not issue as easily.

So if I’m not home the house and all outbuildings are protected by the monitored professional alarm system with an 160db Siren so neighbors can respond too, has gone off a couple of times and I have seen my neighbors on the property looking for something to shoot, they also call me to update.

The two times it happened was a sonic glass break detector triggered by one of my cats, re-adjusted sensitivity with the “FG701 Glass-Break Simulator” and no more false alarms. One neighbor is a deputy sheriff and so I don’t worry much if he is at home and the other neighbors too because they are retired and pack too. But if they all are gone the monitoring calls and texts me and notifies Sheriff department.

The Quad path comms on alarm panel uses built in cellular on AT&T, the Hardwired paths are on FirstNet and Landline, And the WiFi has Verizon and T-Mobile as fallback. Being a Telecomm Engineer gets me perks with all the carriers so I don’t pay for all the comm paths (just 2 of them I pay for).

My system has over 80 sensors and every door, window, glass breakage, CO, Fire and Smoke, even temperature extremes, and flood detection is monitored. Being in the business of comms and an electrician plus being a nerd makes my setups a bit extreme.

Being in the business of comms and an electrician plus being a nerd makes my setups a bit extreme.

Interesting! With what did you start… and how long did it take to progress to this ‘extreme?’

Started with my monitored Ademco/Honeywell self installed alarm panel and system with just internal cellular.
Then added the extra communication paths to it for backup.

Removed the 360p crappy honeywell cams and put in Wyze cams, first were V2’s and pan in weatherproof encasement’s, then when V3’s came out I upgraded to V3’s and many more V3 cams.

Installed the microwave perimeter detection systems as I upgraded a government location and kept the removed “e-wasted” system and installed and reconfigured for my needs.
Info on these types of systems can be found here at this link: Infrared or Microwave: Which is Best for Your Perimeter? I got free e-wasted microwave units that were in working order but the location wanted a better system so I scored there on that setup.

When I get breaks between government contracts my mind doesn’t go idle unless I have enough beer, but I limit my intake and would rather be an electronics-nerd for entertainment…LOL

Several years of building my setups and I still am not done as when something comes to mind I will do it, especially if I get something free from a site removal.

Here is a link to one of my Battery Backup Systems just for comms and cams:
Battery Backed-Up 14 V3 cams and Internet Communications

Edit: Forgot to mention this for remote power cycling if something goes down
Remote power strip, modified for 12 volts (Originally a 120 VAC unit)

The one I am working on now will be for microwave perimeter intrusion system but it will cost the most as it needs at least 10-20 100 Ah Batteries and supporting hardware such as inverters, etc…
Waiting on next batch of e-wasted site removal parts or I will pay for my parts myself if no freebies.

We call this one nation, but there’s such a wide variety of circumstances, environments and experiences that it may as well be a hundred, eh?

Do you remember when the phone would ring and you would either pick it up or not? If you weren’t home and it rang did it really if there was no one there to hear it?

Wyze started out saying the cams were for ‘keeping an eye on things.’ Downplayed, but did not discourage, the ‘security’ aspect.

I’ve noticed urban reconnoiterers scurrying past cams. I think they may know about the 10 fps night vision (v2).

How long can you stand having everything powered off? With, and without, beer.