Seriously, has anyone been able to get the cameras set up and working properly ? Are you satisfied with your ability to record and download videos ? Is the App working on your device ? Is CAM PLUS providing useful service for the extra cost ? If you are satisfied, I would like to know what camera and device you are using.

Yes, I’m very satisfied with mine. I’m currently running 4 Outdoor Cams, 1 Doorbell, 1 Pan, 4 V2, and 4 V3. I do not use CAM Plus. I do use SD cards in all but the WCOs, for expanded recording. I use the app on an iPhone.

I am extremely satisfied with my Camera’s. I have 8 v3’s with SD Cards, 2 WCO’s, 2 v2’s, 1 CamPan v2, and the Video Doorbell. All of which works as advertised and provides quick notifications. I will say out of all of the cameras and the VDB, I prefer the v3’s 1st with the WCO being last if I were to prioritize them. All of these are tied together with CamPlus as I signed up for the unlimited (99 camera’s for $99). Other than the current AI issue, which I am experiencing and have reported, I am very happy with the Camera’s and Wyze as a whole.

I also have to let you know that I beta test the new applications and Firmware as I like to see what is coming and help the community members as questions or issues come up.

The WCO (Wyze Cam Outdoor) is junk in my opinion, just read the forum and see all the problems.

The original video doorbell too is problematic, read the complaints.

Hopefully the new Video Doorbell Pro is better, but I will wait and watch the forum for comments and issues.

Wyze really needs to put their Firmware & Software development as a priority over pushing new junk products. Seems like their focus is on pushing new products over quality Software (Apps) & Firmware.

Wyze started out as a camera company, then diverged to a Chinese junk peddler primarily.

I’ve had minimal problems with my Wyze products. I’ve got a 2 V3, 2 V2, 2 PanV1, 3 Outdoor cams, several bulbs, a few V1 sensors, the handheld vac, the cordless vacuum, and the car.

The ONLY major hiccups I had were with:

Wyze customer support resolved those issues, but not without some headaches.

I love the Wyze Cam Outdoor. Works exactly as advertised for me. I use mine to monitor my driveway, back patio, and one inside at the top of my stairwell since I had no outlets there. The outdoor cam was meant to alert to horizontal movement within the green detection zone. It does take a bit to get it angled to be most useful. It works as well as my 1st generation ring doorbell as far as triggering a recording (meaning there is some lag). I’ve worked around this and use other devices to trigger recordings through ifttt and/or Alexa. I really like the travel mode, to be honest. It’s the main reason I bought one. I’ve taken time lapses of drives, and used it as a dash cam, and I’ve also taken it to capture sunsets while travelling using the time lapse function.

I’ve not had any issues with updates, like a lot of people have. Unsure why some people have so much trouble with theirs.

I’m in the process of phasing out my sengled smart bulbs. As they die/go bad, I’m replacing them with Wyze bulbs.

The vacuums I’ve purchased work really well. No regrets on either of those purchases.

I’ve yet to play with my Wyze car. My v2 cams are on the beta software and with no access to a computer to Download the non beta software to a SD card, I’m just waiting to buy a new V2 camera specifically for the car. I guess that’s one more frustration. No way to revert to non beta software without using an SD card. 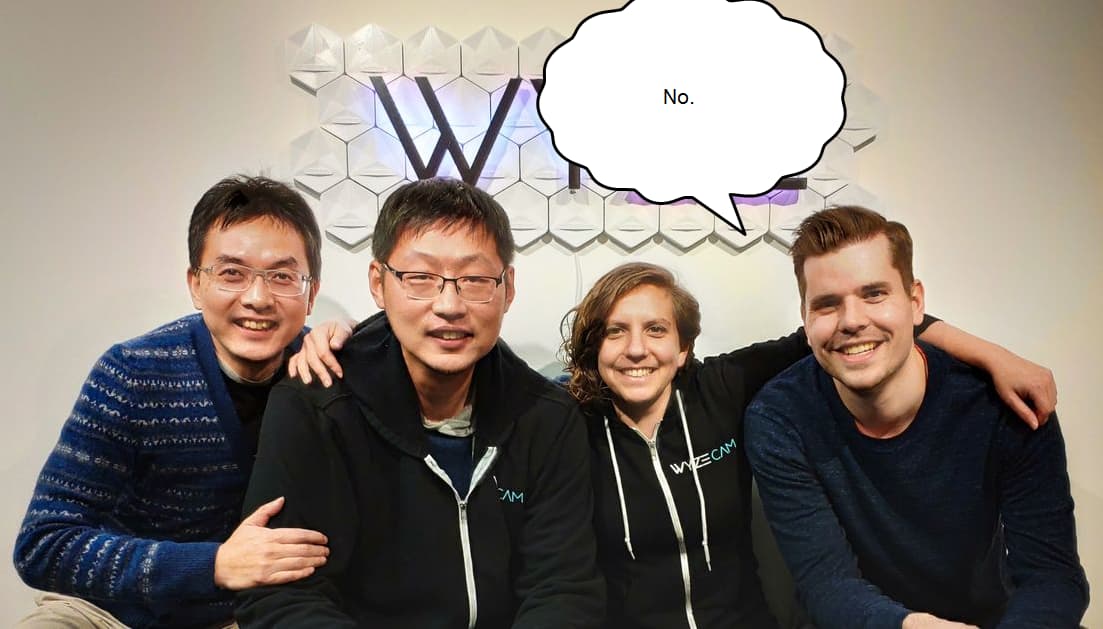 For the price, they are fine. Are they competition to a good 4K night vision camera that cost hundreds of dollars? Not hardly.
I have 18 V2, 2 Pan, 14 V3 cameras and 4 outdoor outlets. All the cameras have 64GB uSD cards and I have the “unlimited” CamPlus on all of them. Except for two V2s that I have not been to the remote site in a while and two V3s that I just received, all of the cameras have RTSP firmware and are being streamed to BlueIris software on my server.
I do think that Wyze needs to focus on their original product line and make it better rather than trying to produce everything they can think of.

I am on a whole satisfied with the cameras, they have their moments when they can be a bit difficult but so far I’ve managed to resolve the issues without to much swearing. I have 7 total cameras, outdoor cam, V3, pan cam, 3 V2’s and just purchased the doorbell cam. I would like a longer battery life on the outdoor cam as I have to charge it every couple of days but it does a fair amount of recording, and I’m having a person detection issue with the doorbell but it picks up all kinds of motion just doesn’t alert me to a person, package etc. Hopefully I will be able to resolve this issue soon.

The two factors that best predict satisfaction with the cams:

Channel interference and signal strength. Little of one, a lot of the other.

No home will be that ‘smart’ without it.

I’m very satisfied with my cameras, especially for the price. The Many V2 cameras I had and still use a some were very good and the V3 night vision is great. I had no problem with the Pan cam either, although I never used auto device tracking which is apparently a mess. I never bought the outdoor camera and it gets tons of complaints, the V2’s were always fine outside for me until the V3 came along.

Cameras aside, other Wyze products have been very much lacking though based on my own experience and the complaints on the forum.

I hate my WCO and looking for another option. I am paying for Cam Plus and the settings to record any events are not working as advertised. Help from CS, non-existent. Record a package, pet, vehicle, nothing. Battery on one camera is draining faster than my bathtub while the others hold ok but not great. Base station blinking blue light even after the update that claims to fix it. Have to get the ladder out to do a reset when my Eufy cam can be reset from the app.

It’s time to find another alternative. What I get for paying for budget gear.

No problems, particularly since I’m no longer testing software/hardware or being the first kid on the block to install latest released firmware (letting someone else suffer the pains).

Also have a few spare retired V2s, a couple of backup WCOs for rapid spot deployment, a couple of new-in-the-box V3s and A WYZE car with a snazzy black mounted V2.

However, like many here … I wish WYZE would concentrate 100% on cameras like the good old days … and forego all the other products. Getting to be too much of a stretch! I fear the APP is going to become a bloated unstable piece of crap, if Wyze tries to put everything from soup to nuts in a single app. The app is getting near the breaking point.

Got 6 V3s (4 currently installed)… love them BUT one area that is a disappointment is the Night time performance.

It has excellent low light capture capabilities BUT has excessive blow-out from lights whether from LED or incandescent, and even dim parking lights of cars. Doesn’t have WDR, but then again these are not high-end cameras.

The V3s outperform Ring Devices in all video conditions EXCEPT night time, so I suspect there is some additional video processing that RING does, that is not done with V3s. I’ve seen a little improvement by putting a linear polarized film in front of the lens, but have been busy with other ‘projects’.

Did as Dad [may he rest in peace] taught; read the directions FIRST, then assemble/install/set-up.
Camera; V3

Funny, I used to have Sengled bulbs as well when I was on Hubitat. I then started replacing them with Wyze White bulbs. Then I started to switch to Wyze Color Bulbs. Today, I just got done replacing my last 4 white Wyze Bulbs with the Color ones. I am now 100% Wyze.

I just have the Wyze white bulbs. I usually love color, but I think I like standard white (I do love the warm to cool settings though).

I do also. However, I decided to switch as there seems to be more updates for the color and recently I have not experienced the issue where one bulb will remain off or on when they are grouped with others as I do with thew White ones. But trust me, I will find a use for the White Bulbs.

I was in a pissy mood and responded negatively last week regarding WCO. However, I put in a ticket to Wyze and they are doing right me.

I have 9 v3 cameras. I switched out numerous other cameras mostly dlink. Dlink’s app was terrible and stopped working on newer macs. V3 is a much better quality camera. and cheaper. I wish Wize would allow MacOs to view the feed of cameras. But I have ipads that work.