Given up on using a Wyze V3 outdoors

I had been using Wyze V3’s as outdoor cameras and I’ve had three of them fail due to water ingress. I like the Wyze user interface and the customer service has been excellent and I would prefer to stick with this brand but it would be better if the cameras didn’t fail in the first place.
I am about to try a TP-LINK TAPO C320WS to see how this compares against the V3. It has an IP66 rating compared to the V3’S ip65.

Just out of curiosity, how did you have this mounted?
Was the bottom with the SD card slot facing toward the ground or the sky?
Basically did you have to toggle on the setting to flip the video 180 degrees?

I have heard of some people having problems when the bottom is facing the sky and flipping the image 180 degrees. It seems that water pools on the SD card slot area, and then in a way it is kind of as if it is dealing with “submersion” instead of splashing. I am thinking the IP65 might only be for as long as the camera is oriented with the bottom downward, or at least not bottom upward where water can pool on it and slowly seep in.

That is just my running hypothesis though. I could be wrong and way off, and I am definitely not speaking for Wyze. It just seems to me that almost everyone I know of (1 exception) who has had this water problem had their V3 mounted upside-down with the bottom facing upward. For it have happened to you 3 times is very surprising though! I can understand why you are feeling understandably frustrated after that.

I had been using the V3’s to record the night sky meteors etc ( with some success ) so the lens was pointed roughly straight up so the SD card slot would have been out to the side.
One of the cameras that failed had corrosion in the SD card slot but all 3 had water enter the lens.

Was the ingress verified water inside the camera, or a blurry picture? Cameras looking up at any angle will experience blurry pictures due to water, so important to differentiate that here.

the lens was pointed roughly straight up so the SD card slot would have been out to the side.

Has water ever pooled on the top (lens area) when the cameras were facing straight up after a rain or dewy day? Do you have pics of how your setup looks? Can you post them here? Thanks!

Although the camera was pointing roughly straight up I always had it tilted slightly off of true for just that reason, to try to prevent water sitting on the outside if the lens.
I took the cameras inside and dried them out but blurriness never went away. I took one camera apart and you could see that something had happened to the inside of the lens.

I have posted quite a few videos of meteors, Starlink etc. on my You Tube page , search for
The Wyze Astronomer

Kind of simple suggestion… Cut a small circle of glass and silicone it around the camera lens?

Or perhaps a piece of clear plastic jar. Hmm a piece of screen protector might be good for this. Sorry, just spitballing.

I was kind of thinking along the same lines. I did buy a clear plastic dome from Amazon, it protected the camera but affected the image quality.
I also tried Saran Wrap over the front of the camera and this seemed to work well, I’m not sure how long the Saran Wrap would last though.

I am on warranty replacement # 4 as of today. I have about a dozen v3 cameras, ALL of which are outdoors, usually under cover of some sort. Several are out in the weather however and pretty much all of those last about a year or so before they get moisture in the lens. These are cameras I use for weather time lapses and as such are out in the elements pointed up at about a 45 deg angle. I have concluded that the v3 lens has an apparent defect in the rubber surround on the lens itself (not the seal on the housing between the lens and plastic case). Over time the rubber shrinks and/or deteriorates to the point they let moisture in. In all cases I have disassembled the camera and replaced the lens without issue. The inside shows no signs of water intrusion and the cameras continue to function just fine. FWIW the v2 lens is a different construction without the rubber surround and I have started using them as replacement lens for the v3. 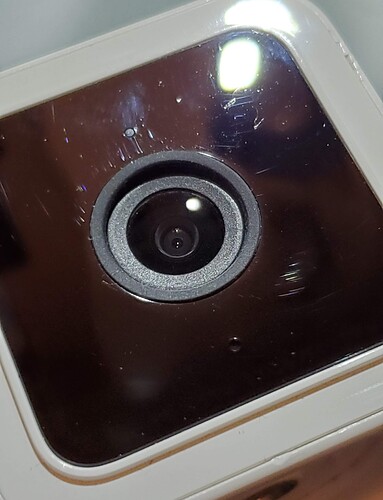 I will continue to avail myself of CS replacing my cameras for the foreseeable future, but I hope someone at Wyze catches on that they have sent to date 4 replacement cameras to one guy in Seattle for this reason. 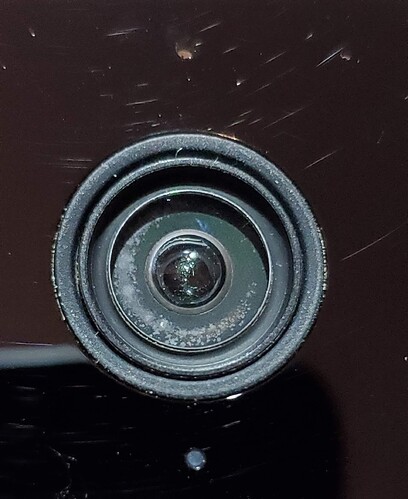 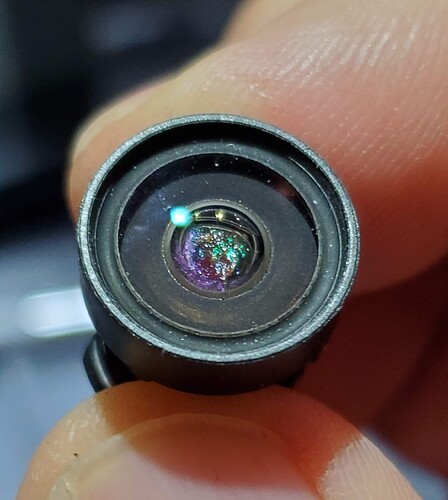 I have a v3 mounted inverted (with the SD card facing up) at a 45 deg angle and have had no issues with moisture entering there for almost two years. The lens is a different matter however.

I recently got my first V3 but only have used it inside, I have three of the V2 versions I have been using for some time with very rarely ever a problem. Long ago I put one of the V2s outside but enclosed it in a small plastic canopy to keep the rain off but of course needed to keep the lens uncovered by the clear plastic so the IR would work, it’s been working okay outside for a long time.

Later I got cameras that are solar powered so I could position cameras anywhere on my property within WIFI range without needing to ever plug them in, the solar panels work good at keeping the rechargeable battery at 100% or very close to it. Maybe this will give Wyze an idea to consider. The model I got is REOLINK Argus PT+sp (ASIN B07W6PXRR8) Security Camera Wireless Outdoor, Pan Tilt Solar Powered…ect. First one I got was about 2 1/2 years ago, got 2 more since then, all are still working great, I like that I can remotely pan and tilt it from my smartphone even when away from home.

I have two V3s mounted up under a roof overhang, and both with the image rotated 180. One of these is on it’s 2nd winter, and both just survived the recent 3 day winter blast of below zero temps, with no issues. They both went thru driving rain immediately before the 3 day blast, and experienced wetness before the hard freeze. I am very satisfied with them.

I have 2 v3’s outside inside rubber enclosures that I purchased on Amazon for about $10 for both. My cameras have been through numerous Florida drenching rains and 2 hurricanes without any issues.

Can you shoot a link to the cases you bought. I live in AZ and even the infrequent rain has killed mine with water in the SD card slot.

Bought 3 of them. I hope they help. I’ve burned through 2 cameras so far.

Good luck. Let us know if it works for you.