So I’ve set up my Wyze Pan Cam recently and it works great… provided I’m on the same wifi network.
This would be fine if I only intend to use it as a baby monitor. But I don’t have a baby. I wanted a security cam I could access from my iPhone while away.

If I leave home and try to connect via cellular or even another wifi network, I can’t get a live stream. The app just says it’s attempting to connect over and over. I’ve made sure to update the firmware to the latest version. I’ve deleted the cam from my devices on my account and re added it. Still the same result.

It’s kind of the point of having a security camera to be able to access the live stream when you’re AWAY from home. I’ve read a few topics on the same problem. Does anyone have a solution?

I’ve read a few topics on the same problem. Does anyone have a solution?

Not yet. Wyze devs are working on the issue.

Just follow the threads that sound similar and look for posts by @WyzeGwendolyn for updates on when a new app version might be publicly available.

Here are just a couple

iPhones have problems but NOT Android based phone Cameras

My two sisters and I use the same account to monitor an aged parent (this is not a share). There are two V2 cams installed in Pittsburg, CA. From installation on May 24 to around June 10, all was working well. Around June 11 one iPhone stopped live-streaming. The other followed suit around June 13. My Android based phone has NOT had any problems at any time and the Wyze app continues to work fine. One sister Lives in Oakland, CA, the other near Los Angeles. I live near Denver, CO. Each of us ha…

For last week or so, no remote access via cellular iPhone or wifi iPad. Local streams good. Wifi strong. Will get a frame or two occasionally if I toggle SD 360. 360 is all I ever used anyway to ensure stream. And yes I’ve rebooted cameras (two Pan) factory reset, logged out and in, deleted app and redownloaded, rebooted routers. Has to be a Wyze app issue as it worked fine always.

Hello, Everything was working flawlessly up to the last few days. When I try to connect (live stream or playback) on an external network, it hangs on step 2/3 “authenticating”. I am not doing anything different than before. It was working for months. If I am on the same network of the cameras, I can authenticate without a problem – I am not changing anything, neither entering more credential.   Is there something I can try to do? I closed my phone and re-opened. I have a Google Pixel XL.

I have had this problem like many of us at one time or another due to weak mobile (4G LTE) signal. I solved this problem by setting the resolution while watching the live stream to 360p or SD. The resolution is in the rectangle at the left top corner above the camera live image and it is usually set to HD by default. HD works for me only when I’m at my home wireless network. By the way, the 360p image is still very good and usable.

I’ve had the same issue on 2 remote cameras for the last 6 weeks. Records motion to card inserted by no livestream. Rebooting camera doesn’t resolve. Both cameras set to 360p when configured. Hoping for a solution soon. Would a firmware downgrade help?

Yeah, I suspect that this is the same issue that we believe we’ve figured out. Thanks for the tag and sharing the info, sodcam!

I periodically, albeit infrequently, have the same problem. No live stream, all detection are reported.

I am pretty sure the problem is not with the cameras, but with the Wyze server, that is apparently overloaded.

I have 3 cameras in one location on vacant property and another camera at the property 5 miles away.
The same problem.

I apologize for stating what might be obvious to everybody, but not to me.
!. Do you have a data plan?
2. Is “Mobile Data” on your phone turned on?
3. Is your cellular provider “throttling” you because you’ve used too much data this month? 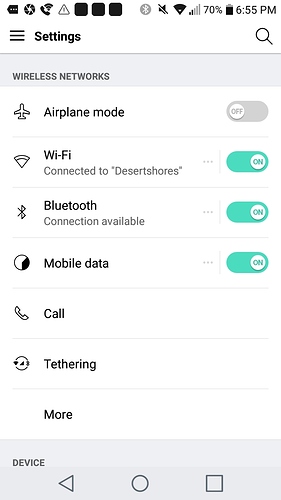 I have Unlimited data and yes, Cellular Data is turned on, Roaming Data is on and no throttling from cellular provider.

I’ve tried reducing the quality of my stream to 360p, But in all honesty, it shouldn’t be me who’s forced to compromise here. I bought a product from Wyze because I wanted to be able to monitor my home remotely. And according to the Wyze.com webpage… this cam should easily stream 1080p with the upload bandwidth I have available. It should have near real-time response rate with motion tracking. It should have two way communication while not at home. All of these are features advertised on the Wyze.com homepage. And yet none of that is available to me after buying and installing the product and then going through multiple iterations of resetting/updating/deleting and re-adding the cam to my iPhone.

I had a similar problem, called to support… Was tryinng to argue that its Wyze front end overload issue… as I have networking knowledge.

To make long story short
… I was wrong… The problem was the liw speed of my cell connection.

Try to test speed if your internet connection

I have a similar problem. I cannot connect to one of my cameras over cellular.
This is on android so I had my son try on his iPhone and works fine on cellular.
It is a wireless outdoor camera.