To monitor unauthorize dumping in my garbage cans Garbage Cans with Contact Sensors, I hurriedly set up a temporary Garbage Cam before going out of town for a week. The intent was to harden the setup when I got back. Instead of hardening up the temporary setup, I decided to de-clutter the Garbage Cam by joining it with the Driveway 2 camera.

Picture 0 below shows the clutter to be consolidated. 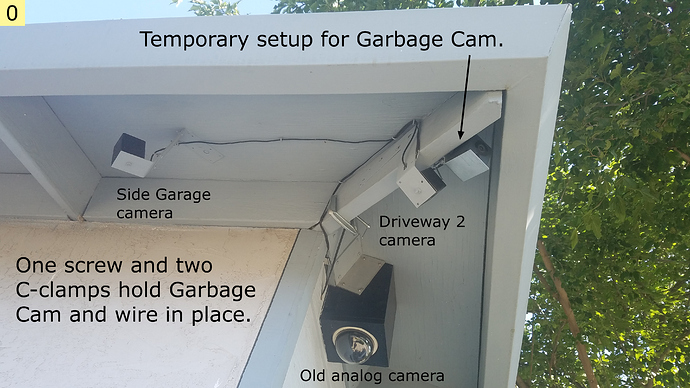 Pictures 1 to 4 below shows the changes to be made and starting work. 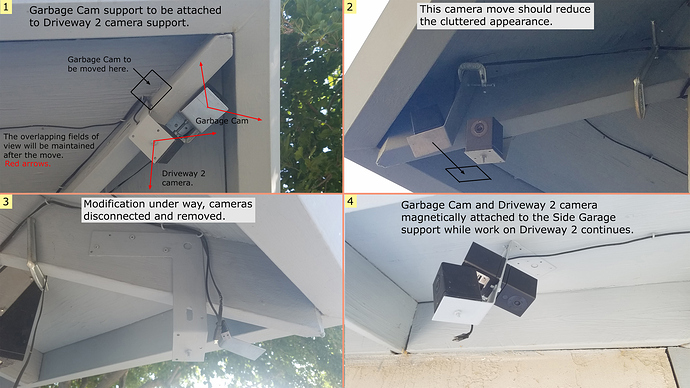 Pictures 5 to 8 below are construction methods. 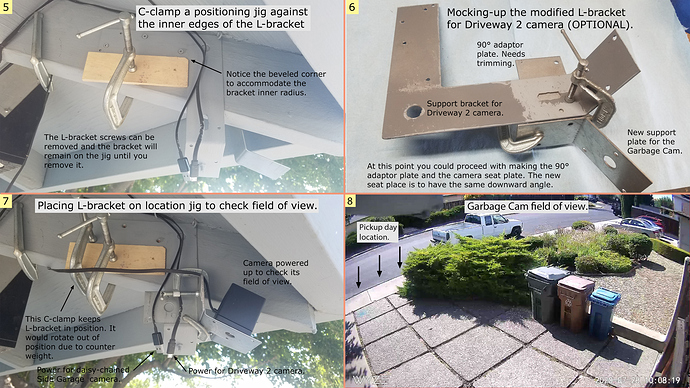 Some comments about picture 7 above. The scrap pieces used in the mock-up were able to be used in the final work by orientating them to utilize some of their punched holes for bolting while working around the larger punched holes. Although the extra holes are not appealing, they are not structurally significant.

Pictures 9 to 12 below are assembly and installation. 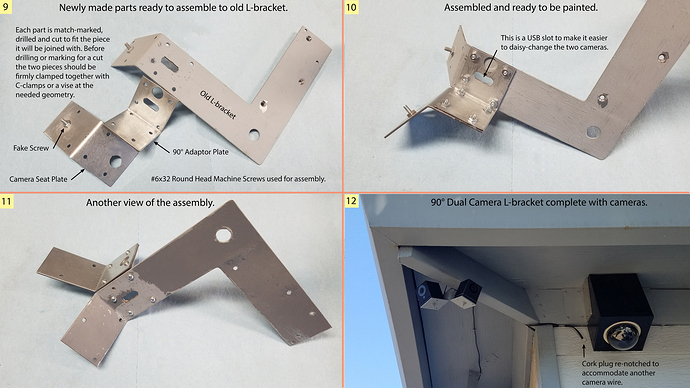 Picture 13 below is the finished project and the next project (post) is in view. The next project will make for an even cleaner and compact set up for the cameras. 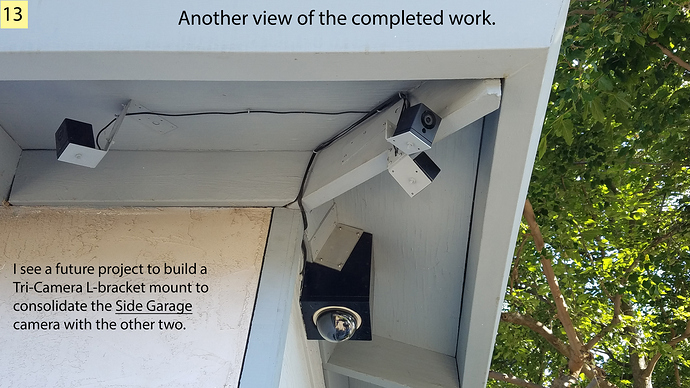 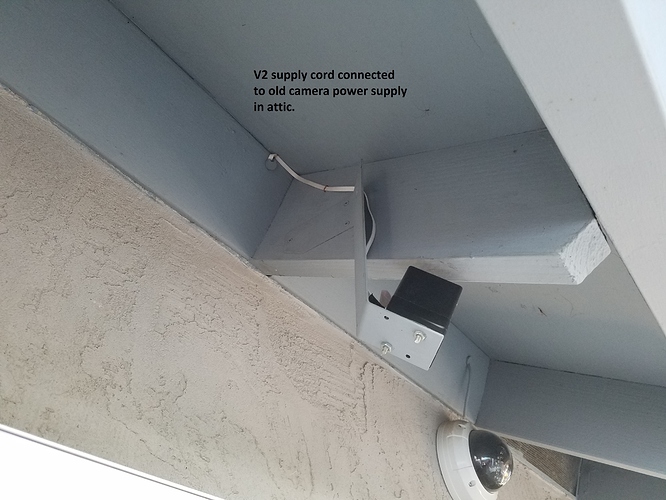 I admire and envy your posts and craftsmanship. I just gouged holes in the bottom of my camera bases with a hand drill and then stuck them on a siding clip meant for christmas lights. Works great actually.

I have done something similar Mounting Screws added to V2 Base.
Thanks for the compliments.