It’s more a gigatech mentality \ business design borne well before the millennium in the burgeoning days of software and connectivity. NCR, IBM, Microsoft, Apple. All realized the long term residual revenue stream was in the software. The hardware was just the gateway to control access to that software which could be monetized in licenses and subscriptions.

Well, of course you are expanding the argument here and I don’t dispute what you have described. I could expand it further to discuss fiat currency, the federal reserve, and how we are basically renting the income we believe is ours. That takes us back over a century…

Deeply embedded technology also introduced the means of greater stealth control without even the need for debate about the ethics regarding same. It empowered the little totalitarians in many. And now I have gone far enough off topic…

Not arguing, agreeing with the premise of the model being discussed. Is that offensive?

Perhaps you are reading it with some underlying emotion affecting your perception.

There are plenty of arguments to be had. But if I wanted one I would just ring my ex.

No, I think you are misunderstanding me here. I agreed with your input. No emotion / offense whatsoever underpinning… Was only adding onto & developing it.

Well, of course you are expanding the argument here

Perhaps I was the one who misinterpreted then.

I was using the term “argument” above moreso as a literary device than describing a quarrel between us. Substitute the word “discussion” in for “argument” and you will have my meaning (ie. advancing the argument/discussion).

The only actual argument here was you & I jointly arguing against the mandatory subscription model. Sorry if my terminology muddied the waters!

Literally, today, after a month offline my troubled sense v1 bridge came back into service!

My mom said there was a brief power blip to which I attribute this restoration, but there had already been other power blips and we’d already powered cycled the camera by unplugging from the source end several times. Not sure what was different about this for it to work…

I thought I recall reading that the sense v2 hub has a built-in battery to handle power blips. Since they have been out of stock and the FAQ is hard to find, are you aware of this offhand?

I can confirm this is correct, as I have disconnected mine from power multiple times and it still runs off battery backup in the hub.

But keep in mind if the power to your house goes out and your WiFi Router doesn’t have battery backup, then the hub won’t have internet access (if your router is turned off or rebooting), BUT your system will still be armed and sound the siren, etc if you have the subscription…it just can’t call out to moonlight to dispatch police if your power and internet go out. Also, if there is no internet, then the sensors can’t trigger Wyze rules for automations (like turning on or off lights, or sending you notifications) because internet is required for those things. So I recommend making sure your router is also on battery backup so you always have internet when the power blips too.

Yeah I’ve got everything else including cams power buffered so I’m covered there.

Any sense on mAh rating and whether it’s replaceable or not? There isn’t a compartment door, so obviously I’d have to open the chassis… Just curious as to whether it’s a common battery type or proprietary?

I just purchased the new Wyze Cam and garage door controller. While more complex and costly than the old door sensor that is no longer available on a stand-alone basis, it allows me to check if my garage is open or closed as well as operated the door remotely. Moreover, i do not need to sign up for the Wyze monthly home security service. 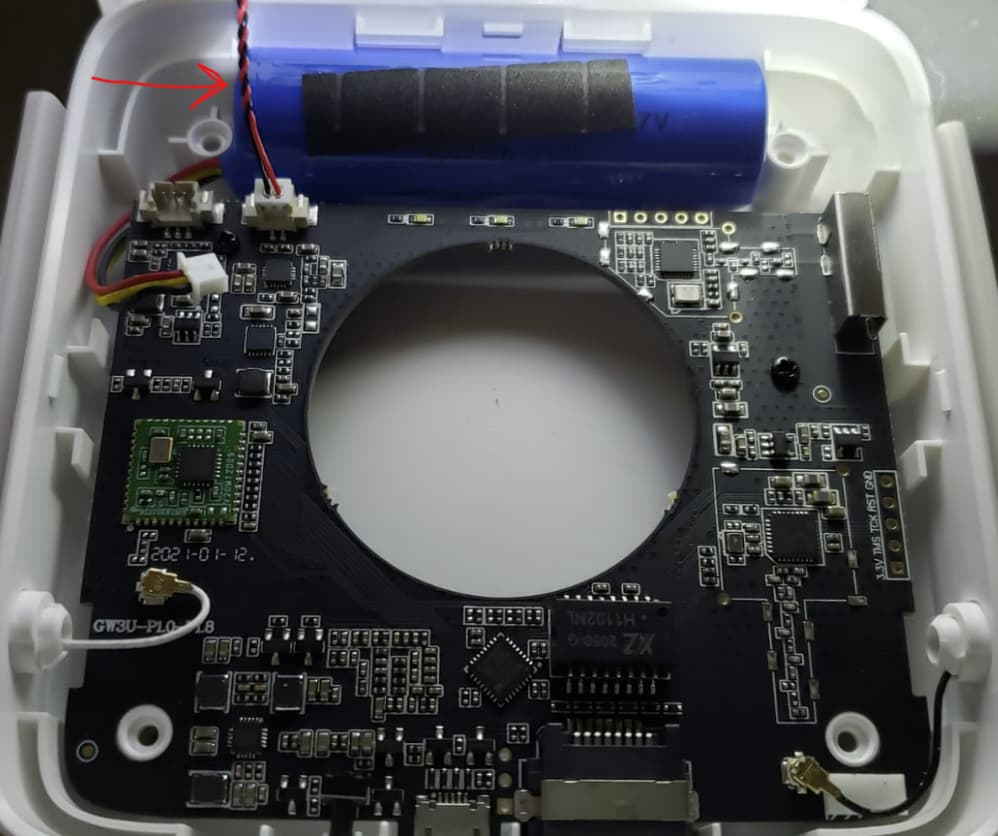 Thanks, that was some above & beyond service!

And u jogged my memory about this discussion last year. Pretty sure u or another maven mentioned the 2600mAh which is perfect for this application…

That’s what we’re here for.

While you’re at it, is there a way to disable tones from the v2 contact sensors? We want silent if possible. I found this from another thread, but it seems to be dependent on active monitoring subscription which I don’t have.

It’s controlled through the monitoring tab in the middle, then scroll to the bottom and select Home Monitoring Settings, then Tune Settings. From there you can select on or off for each sensor.

Also, I meant to ask earlier whether or not it’s possible to actually share the hub with another user. Doesn’t seem like that feature is available.

Not at the moment, You currently need HMS to toggle tone/chime settings. Vote on the wishlist for this ability to be given to everyone here:

We should be able to change the “Tune” settings for the contact sensors without needing a Home Monitoring subscription. Currently, they are on by default with no way to turn them off without an HMS subscription. MOD NOTE: Title modified from “Control Tune Settings without HMS” to “Tune Settings on Hub Settings Screen for Non-HMS Subscribers”. See post below for further explanation.

I voted on it already.

I imagine as they sell more and more hubs without HMS this will be increasingly more important. They need to either make this an option on the hub directly for everyone, or have it automatically disabled if someone doesn’t have HMS.

For now, your options are:

possible to actually share the hub with another user

No, you share individual sensors with another user, or the HMS subscription/service, but not the Hub itself. There would be very little reason to share the hub without HMS anyway. Wyze would not allow a shared account to add sensors to it, and it doesn’t have any status or notification purposes since all of that is done through the sensors themselves. I believe this is consistent with how the V1 Bridge was too, you could share sensors, but not the Bridge because there was no viable reason to share the bridge.

What purpose do you have in mind for sharing the hub, that wouldn’t be accomplished from simply sharing the sensors instead?

Not at the moment, You currently need HMS to toggle tone/chime settings. Vote on the wishlist for this ability to be given to everyone here:

Roger that… I’m glad I asked before replacing all of my v1 sensors. Leaving them put for now since they are lower profile anyway.

What purpose do you have in mind for sharing the hub, that wouldn’t be accomplished from simply sharing the sensors instead?

No purpose in mind, just curiosity. However, the sense v2 hub is an independent device and also enumerates associated sensors which would previously have been accessible when viewing a cam piggyback bridge as part of sense v1.

I should mention that only v2 contact sensors do the chime (tune settings). IMO even if you don’t “replace” your v1’s with v2’s, the v1’s work so much better on the v2 hub than they ever did on the v1 bridge (at least when the firmware is stable). I kept all my v1’s and moved them to the hub. They work so much better than they used to!

RE: the v1 sensors… I already have a good battery replacement regimen in place to avoid the undervoltage / brownout / MAC loss condition. Also keep plenty of cold spares onhand in the event of failure…

I broke down and bought the V2 (build your own) 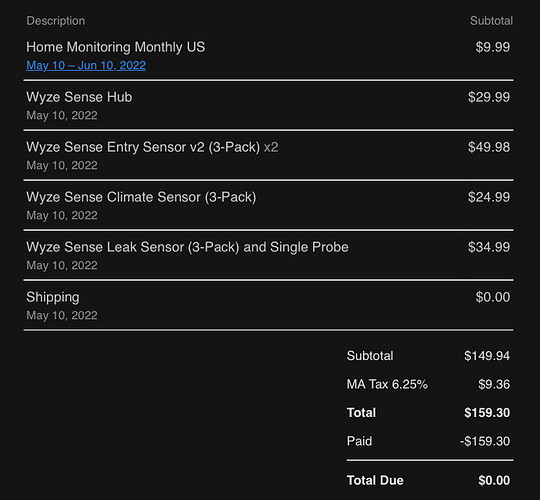 I cancelled the home monitoring right away. Hopefully no unexpected charges next month. Fun awaits me at the mailbox in the near future.

I replaced 3 of my old sensors with extra V1’s I had. There was no way to get the old ones to reconnect to the V1 bridge. When I reset by inserting the pin, they would blink quickly and not pair up. I also tried holding pin for a minute and with a fresh battery

The replacement V1’s blinked slowly and connected with no issue. Not sure of the difference between fast and slow blinks. Could not find in any doc.