Ideally, a self emptying bin and feature would be compatible with the first robot vacuum and future models so that we don’t have to upgrade the vacuum to utilize this feature. This one is really big for me as I have pets and lots of hair that fil up robot vacuuma quickly. It’s been really hard to make a decision about purchasing the wyze vacuum when there is now a roomba with the self emptying system…

It’s almost become a no brainier for me. The Shark series has a self cleaning hair roll feature and a self emptying model is on sale now for about $300. Not getting one now because my Deebot is fine.

Also, it would be neat to be able to “draw” boundary lines on the map in the phone application. TheNeato Botvac d7 had this feature and you can actually draw lines in real time as the vacuum is cleaning to keep it from going certain places!

Agree. I was going to buy this vacuum, but I’m going to hold until it knows how to self empty.

You can vote for multiple floor support here. It’s supposed to be added in the future.

Ability for Robot Vac to have multilevel maps, without needing user to switch manually Roadmap

I could not find any similar idea in the Wishlist, so posting it. I am pretty sure that you guys must have thought of having multilevel (multi-floor) map support in your future. My idea is to make that seemless, without needing user to switch manually. Rather than expecting user to select the map once the robo-vac is placed on a different floor, you can have multiple charging units per floor. Robo-vac can commnicate to the charging unit to determine which floor map to activate. All the user nee…

It should already have the ability to create rooms and you can clean a certain designated room according to a schedule too. Or it’s supposed to come in an update later if you don’t see that option now.

I would love a Joystick control for my Robot vacuum so I can spot clean and just play.

A lot of robot vacuums have a feature where depending on the surface, the robot can sense the floor type and change the suction strength. I believe there are the proper sensors for this to be possible.

Would like to request the following features for Wyze Vacuum:

I’m not sure if the first request is possible with this version of the vacuum. I don’t know if there is a sensor to detect when the dustbin is full.

Need an notification and to pause the vacuum when the dustbin is full. As it is now, I’m getting trails of hair all over the place when the vacuum is full.

I have 3 types of flooring in my house, carpet, hardwood and tile. It would be great to have the ability to set the suction to high in areas where there is carpet and silent when it’s on the hardwood and tile. 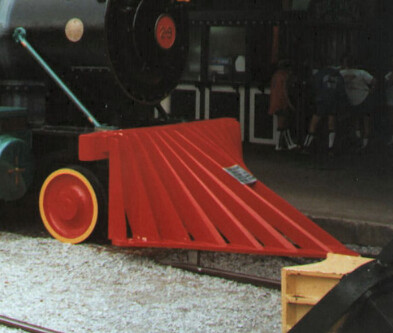 It would be great if your engineers could redesign the piece of plastic that holds the brush in place to include a cattle guard. A cattle guard is a device when attached to a train that keeps the train from running over cattle. In the case of the vacuum it would hopefully stop the vacuum from sucking up cat toys and other items shoestrings phone charging wires plastic bags so on and so forth. Another thing that would be nice if in front of the brush there was a sniffer that would suck up hairballs and dust balls before they hit the brush instead of getting all tangled up in the brush

I would love to see replaceable faceplates offered for the Wyze Vaccuum. Although adding the virtual walls, etc is a great option to keep it from places where it will get stuck, our Vaccuum has already gotten scratches within two days of use. It’s really quite disappointing for an expensive product to look like that so quickly. Having replaceable plates would make it much easier to resolve the issue and keep the vacuum looking fresh and sleek.

My manual approach to this is to pause it upon return to charge, empty the dust-bin, and then let it resume its return. It was pointed out to me that since it can be limited to specific rooms/zones for cleaning, it can now run during the day (since I’m working from home), rather than at night which our Roomba did.

However, since I have put the dock under a cupboard, I cannot empty it while it’s in the dock. Altnerative there it to call for it to clean a different room to get it off the dock, pause, clean the bin, and then cancel the clean.

So far, the dust-bin has been overflowing when emptied.

In theory you could do this if you can define those different floor features as different rooms. Then when you schedule the cleaning, you can schedule high suction for the carpet, and quiet for the hard floors.

I was pleased that when I scheduled a room far from the base, that it navigated relatively quietly (no vacuum), and then only upon entering the room, started vacuuming. When it was done, again, stopped vacuuming, and then returned to charge.

Yep, I also empty the dust bin and inspect the brush after each use. In my case I have cat toys that the robot often is the only one that can find. And there’s no point waiting for the robot to tell me the bins full when I know it just vacuumed it’s too easy to just dump the bin and forget it.

Hello, we’ve had our robot vacuum since late December, and so far I have to say it’s awesome (WAY better than our 3 year old Roomba). Besides the quirks with mapping, and map editing (which I hope they’re able to resolve and with future software updates), I really like what Wyze has done at this price point either way.

With all of that said I have to say that the LED on the vacuum is REALLY bright. I’d sincerely appreciate the ability to dim it/turn it off entirely in the app at some point.

Bright light - I agree. I have mine parked under a cupboard as the boss had advised it needs to be placed somewhere else. It’s still pretty bright, and I’d like to see it turn off (sleep mode?).

Never intended this comment to be placed in a discussion about V2 of the Wyze Vacuum, but I guess that’s where the mods decided it belonged?..

Either way, I hope a basic function like LED dimming isn’t pushed off to a V2, and is instead rolled into V1 through a software update.