My 100mA power supply failed to supply 2 V2 Cameras with a bridge and a cord extender. The 2 cameras but the bridge failed to communicate with 2 contact sensors and a motion sensor. I use my Samsung 2Amp. power supply and it worked. I will try my other 300mA power supply later. Wyse may comment on this, regardling safety and warranties. 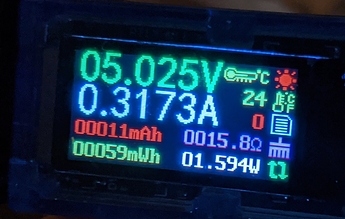 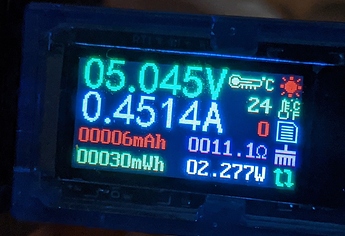 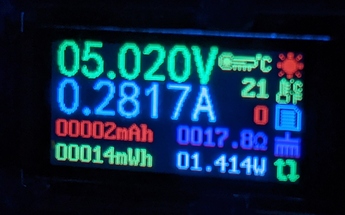 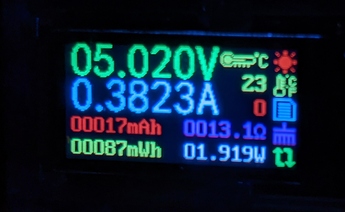 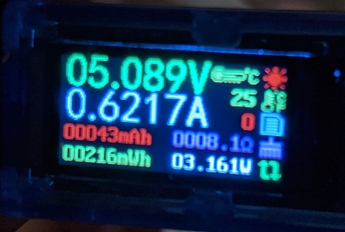 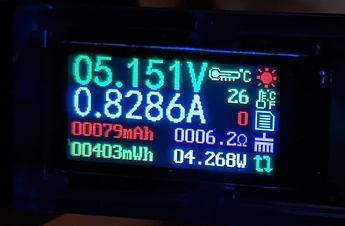 I just ran , 2 separate power supply with a 120Vac extension cord on the furthest camera. This solved the problem but I have to protect the 120Vac wiring and the power supply located outside.

I am able to power two (2) V2 cameras and a Sense Bridge using the 1 amp brick and the USB cords that came with the cameras. I eventually got rid of the Bridge but am still running both cams off that same 1 Amp Wyze brick.

You could always use a generic 2A power supply with the USB extension.

Very possible. Although I found the bridges we’re unreliable regardless. Wyze is considering a stand-alone bridge if the rumors are accurate. That would be the best long term solution.

Mine are still in the box. Wondering if I should even bother to try them.

Some folks have apparently had a very good experience with them. I did too, for awhile. In my case I had resorted to scheduled daily reboots of the two cameras that had bridges. But after awhile even that was no guarantee.

I truly don’t know if the issues were the bridges or the sensors or both. But when they worked they were fine, you just could not rely on them.

My most used one was a motion sensor mounted on the wall in the hallway leading to the bathroom. It would trigger the bathroom lights to turn on. The bridge was on a camera about 8 feet away in the spare room, unobstructed line of sight, no walls in the way etc. the camera was about 6 feet away from the access point for WiFi. One intervening drywall wall.

Live view on the camera at HD worked fine no issues or glitches. But the motion sensor would flash its red light when I walked by but the rule to turn the lights on would sometimes not fire.

And on occasion the sensor would show the cloud with a line through it. So after working with Wyze support and getting new sensors and a bridge and physically changing to a different V2 camera and a 2 amp power brick and new batteries (several times) in the sensor, the behavior continued unchanged.

So I honestly don’t know why, could be something environment related or interference of some kind. But the replacement sensors are in the exact same places and actually farther from their hub and have worked flawlessly since installed. The motion sensors are from Onvis and connect to a HomePod in the living room via Bluetooth.

So all of that is my way of saying “Try em, your mileage may vary.”

Thanks, I guess I will, treating them in the same playing toy mode I regard the cameras. As nifty as the idea was I’m getting the impression that building so much on the base of limited camera silicon may have been a bad idea. (For example maybe an extra update or extra rule tipped over the camera’s capacity / stability in your case.)

That’s a possibility. Especially since they worked pretty well when I first got them. It was after numerous firmware updates to both the bridge and the cameras as well as app updates that I started to have issues.

And I have experienced similar issues with other vendors. Eufy whom I am evaluating as a replacement for the Wyze cams, with their new 2K cameras, suffered two full day recent service interruptions. During those interruptions I would continue to receive notifications of events. Immediately after service was restored I was able to see events that had occurred during the outage. However by the next morning the events had all disappeared.

So it’s the whole IoT concept that is proving fragile and prone to failures.

Thanks, I’m curious about your and others’ ongoing trials of alternate or hybrid platforms. At some point the time and effort of dealing with “cloud” / “IoT” services might add up to the time required to roll our own solutions with home servers, VPSes, etc.

My midway point towards an IoT free zone is cram everything into one IoT namespace I trust well. I have chosen Apple’s HomeKit for several reasons. Chief among them is for a device to be HomeKit certified it has to be able to function without the vendors app or even a login.

So I have sensors and devices from Eve, Onvis, Apple, Meross, Eufy and others and I don’t have any app installed except Apples Home app.

Now sometimes that means I won’t get firmware updates. But you can always install the vendors app, apply updates, then uninstall the app again if you need to.

A lot of devices that are not HomeKit certified can still participate in the HomeKit system via systems like Homebridge. Including Wyze and Ring among others. But the HomeKit app itself has some functionality tied to connectivity to Apples servers. So it’s still an IoT system. But it is one that is privacy focused and reasonably trustworthy.

Sounds pretty good, thanks. If only it weren’t from Apple…

Wonder how misterhouse.net is doing these days.

Sounds pretty good, thanks. If only it weren’t from Apple…

I feel that way about anything from the Borg, err I mean Google

Daisy chain of 2 V2 cameras with a bridge at the last unit maybe close to the limit of the power supply. Worse with the USB extension cable, that is part of the installation kit.

That’s possible. Would be a good idea to use a 2 amp brick if you are concerned. I have had dual V2 cameras with bridge connected to the one on the end with no issues. Even when using a 25’ cable between.