The Future of Wyze is Coming Part 1

Please do keep us informed. Been waiting for this NAS since I first heard of it.

What is a good alarm to do this with; any suggestions?

Better yet (for me) easy integration with QNAP Nas boxes. Allow recording straight to the NAS.

Congratulations! You are truly an inspirational company. I wouldn’t be at all surprised to learn one day that your successes are studied in many business schools!

Got some bad news for you buddy. I dont even think they have even come out with a solid release date yet.

EDIT: As some of you may have already heard, MaxDrive has been cancelled due to the partnership falling through. We are still planning to have NAS capability in the future but that feature will be delayed after this. We’re sorry about this and we’ll keep you updated as we make progress on a new solution. Hi, everyone! We’ve been receiving questions about MaxDrive and we’re getting closer to the launch time. We wanted to take the time to answer some of the questions you’ve had and talk about ho…

Thanks Wyze guys (and gals)! Your products are fantastic. Wish I lived closer to your company because it is a business I would love to work at! 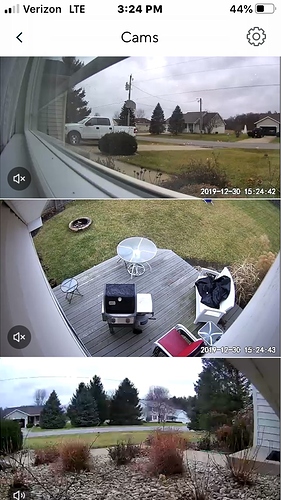 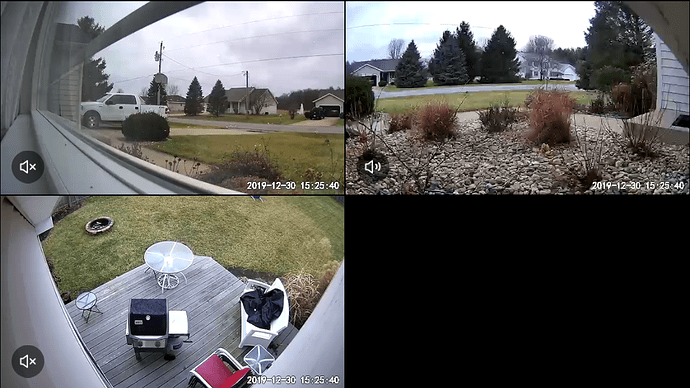 I love your products ,if you are moving to door viewers similar to ring products try putting the viewer camera on the inside of door ,because of the ring design on the out side of door are being tampered with and stolen in my area

So, in light of the recent breach, some of this funding will go toward security measure right? Like SOX compliance or … any kind of external auditing…

SOX is short for the Sarbanes–Oxley Act. And has zero to do with security of consumer data. It was a law enacted back in 2002 following the Enron scandal to make it tougher for public and some private companies to “cook the books” and added penalties for corporate officials “C-Suite” caught lying about the financial state of their companies.

The Sarbanes–Oxley Act of 2002 is a United States federal law that mandates certain practices in financial record keeping and reporting for corporations. The act, (Pub.L. 107–204 (text) (PDF), 116 Stat. 745, enacted July 30, 2002), also known as the "Public Company Accounting Reform and Investor Protection Act" (in the Senate) and "Corporate and Auditing Accountability, Responsibility, and Transparency Act" (in the House) and more commonly called Sarbanes–Oxley, SOX or Sarbox, contains eleven ...

But I think your meaning is correct, and Wyze will indeed spend some time and attention to data security as a whole, including app and operations.

Yeah, you’re right, that was a terrible example (just so happens I’m in IT and we’re tightening up DB permissions etc for SOX cert, so it was the first thing I thought of).

But yeah, the point I was thinking of was that this breach shouldn’t have happened and a standard suite of audits may well have prevented it. I seem comments that they’re doing that now, which is reassuring.

I guess I just mean to say that as nice as it is to have investment in products and company growth, this seems like a good opportunity to put some resources toward tightening things up. Personally, getting Wyze to work with Apple’s Homekit stuff would be delightful and, if I recall correctly (big if) available resources was the major roadblock to that.

I think you will find we all share similar thoughts. We wish it had not happened, we are guardedly optimistic that they are taking the necessary steps to prevent a recurrence, including 3rd party auditing. And we believe and hope we will see a wiser Wyze (pun intended) emerge!

Hi,
Have you taken any precautions to maintain the camera’s recommended temperature? Enclosure? Heater?
I would like to do the same, but am concerned about damaging the cam. Perhaps I shouldn’t be concerned; they are only $25.00…
Thanks

I have a Pan camera that is mounted outside on my deck. It’s been there almost a year now. My Dad has a V2 in Northern Maine that also lives outside. -20 F to 105 F between the two of us. I use a thin silicone case he uses nothing at all. Both cameras are mostly sheltered from rain but otherwise fully exposed.

I’ve been running 2 PTZ and 3 static cameras for almost a year (Jan 9 2019) outside. PTZ’s are under a porch roof but not enclosed at all. The static cams are on the side of the house in varying levels of exposure. One is directly exposed on a wall, the other 2 are up by the eave. They are maybe 6-8" back from the outside of the gutters. Two are plugged into GFCI outlets on the outer wall with the factory wire. All are using the magnet mount and factory mount onto vinyl. I did clean the vinyl very thoroughly. The cube/static cameras have been endured rain, sleet, snow, ice, wind, and wet leaves/debris.

I keep a spare cube and ptz in case of a problem but so far(knock on wood) they’re all working. The only real issue I have is keeping cob webs off the lenses.

The voltage regulators and power supply diodes should give off enough heat to keep everything warm enough for around here. I’m in the mid-atlantic region so we do get some cold snaps in the single digits sometimes.

I guess my point is that these are pretty robust for the cost. I understand them not recommending them to be used outside but I’ve had admirable results. I had a pair of Foscam 720p static mount cameras that failed when there was a lightening strike nearby. The Wyze camera on the same circuit was fine.

Hello franko
For spiders control, I have found that keeping a fluffy cloth on the end of a stick long enough to reach and destroy the webs keeps them under control. Best time to check for webs is a night when light reflects off of them. Decoy lights away from the cameras could lure spiders to where light seeking insects attracted. Good luck.
Victor Maletic.

Will the Wyze Cam be returning to Amazon?

Yes, our team is working on this now.