Does anyone know if there’s a way to mute spoken instructions from the Wyze cam? Listening to it repeat “ready to connect” over and over while trying to make it connect is about as aggravating as it could be!

Unfortunately, at this time there is no way to stop the audio prompts that occur during camera setup. It’s a good suggestion though.

Can anyone be of any help with your setup problems to help reduce the amount of time it is repeating this cue? Usually the setup goes pretty quickly unless there is a problem. For example, sometimes if someone has “forced dark mode” turned on their phone, then the cameras have a hard time reading the QR code off the phone, so it will keep repeating ready to connect since it’s not recognizing the QR code quickly. When Forced Dark mode is temporarily disabled, then it reads the QR quickly and the audio prompts are very short. If there is any other way we can help reduce the amount of time it is issuing this prompt, many of us forum volunteers and users would be happy to help give some ideas of things we’ve found helpful.

Regardless, welcome to the community.

Most of us are just users helping other users, but there are Wyze employees who read over the posts and pass on user feedback too.

There is ZERO reason to"mute" something used for a one time 30-second setup. It would be completely counterproductive. However making an alternate indicator (blink sequence) for the hearing impaired would be useful.

If you mute it while trying to set it up you will never know when the QR code gets scanned.

The repeated prompts are an indication that the cam cannot read the QR code.

Many with iOS have reported the issue with a faulty QR read because it cuts off the bottom of the QR code. Has to do with the size of the text \ graphics settings in IOS that the user can change. 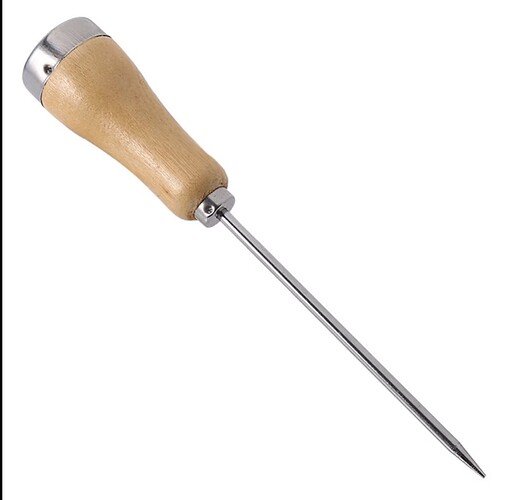 Heh, I almost mentioned that… But didn’t want to encourage people voiding their warranty by opening it to unplug the speaker just for a few seconds of setup. But this is definitely an option!

Yea I agree, no need to mute it, but on the floodlight it’s so so so loud! Maybe at least lower then volume a bit?

I ‘fixed’ a few check engine lights with that.

Not really, but before emissions inspections, a customer did not want to repair ‘that idiot light’ but didn’t want it on either and didn’t want to pay to remove the bulb (which we would not do). A 1” piece of black electrical tape covered it nicely.

Are you awl right now? Has the mood passed?

He made his point. It was a nice one.

That’s what she said.

Fwiw, I learned early on to turn up my screen brightness for the QR code, particularly if outside in bright daylight or facing a bright window. But I agree that visual cues should be offered for hearing impaired.