We need to address the fact I’ve had 3 Pan cameras fail, all because of the motor twisting the internal power cables until they twist apart.

One way I figured out was the fact that rebooting/updating firmware causes the system to do a check on the motor, the issue is, I’ve counted this last time on motor uses, 119 uses, panning from side to side, 16 reboots running full checks.

What am I gonna do? Imma just get another one because it’s a $20.00-$30.00 camera that outperforms the expectation. I just want Wyze to acknowledge and hopefully R&D prevents this issue.

It would be nice to be able to skip system test at boot to prevent this, minimize use until a fix is solved.

I have a Wyze Cam that works just fine. I just added a Pan, and I did update the firmware right after initial setup. The Pan cam is very unreliable for me. It will regularly lose connectivity (maybe the wire issue you mention?) Very frustrating. I planned to mount this in a an area that would be hard to get to everyday to reset…

Have you filled out a support ticket? This is honestly the first time I have heard of this issue. I have had 2 Pan cameras the first I accidentally killed by hitting it with a garden hose. The second is still going strong, mounted outside on my back deck. It gets all the firmware updates and is power cycled daily via a smart plug and Alexa. I am sure support would welcome hearing about the particulars of your experience to hopefully resolve it. 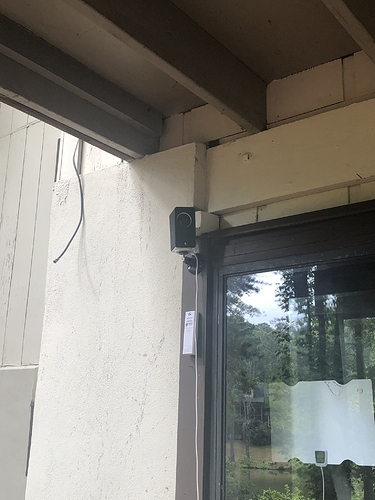 Smart plugs are absolutely the ticket for remote locations. I have 4 and I agree that they are more finicky than the V2. I’ve had to frequently power cycle and have had problems with not returning to detection zone but they are still a heck of a cam for the price.

Hi @GunsUp31, as @rbruceporter asked, have you contacted Wyze about your issue with the Pans? This is a community forum, and the support team does not monitor it. In order for Wyze to properly know about this, you should file a support request, if you haven’t already. I have also moved your topic to #ask-the-community, as this is not a #beta issue. Let us know if you have trouble contacting Wyze.

Yes, the device was one of the replaced devices. I put this in beta due to the fact I asked for the option to have maybe firmware test where we don’t have to do the systems check.

Wyze is very aware of the issue, I posted the images of the 2nd one that went down via the Beta group page. 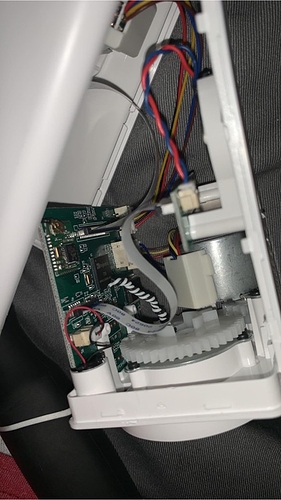 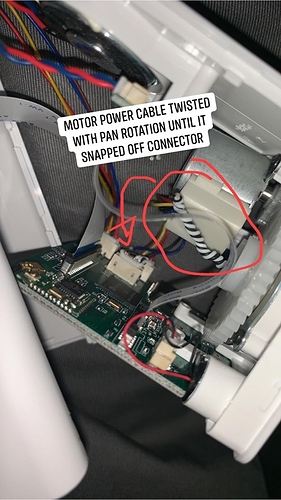 Has anyone else seen or reported this issue? I just sat and power cycled mine 26 times and I can’t make it fail. Was there a bad production run perhaps? For one person to have 3 in a row fail and us not hear of any others makes me confused?

Here’s a reddit post Someone did on how to manually repair the issue and the fact that there’s a tutorial shows it’s not just a small amount. I bet 90% of the pans not turning back on, is this issue.

Interesting. And not good obviously. Fortunately it does not seem widespread but ANY cases are bad. I know Wyze does not actually make the camera, perhaps a run was done with bad parts?

I’m glad it isn’t widespread, but like I said, I’m not mad, I wanna see Wyze thrive, that’s why I posted, I’d rather see them be advised to it. I don’t ask for replacements, as the price and performance is just right! I just buy new cameras When they go down *(I tried to fix them but my injuries from Iraq causes me to have bad tremors so precision is not my expertise) work beyond what you’d expect with the price tag.

Always fun getting to see me quoted across platforms.

In cases like these, what likely happened is that the stopper that prevents the Wyze Cam Pan from turning 360 degrees was broken. After that, the camera is able to spin around until the wires become twisted and dislodge. Most of the time, we see this if someone accidentally pushed past the stopper by manually turning the base or when screwing it onto a mount.

This is something that we have looked into. But, for the record, we would be open to sending you warranty replacements.

Don’t worry one bit Gwendolyn, I just want to make sure it’s detailed out that it’s a problem, don’t worry about replacing it, I already did. Use that money for warranty replacement and keep doing a great job.

This whole thing is just to be sure you are all aware of a possible defect. It very well could be the base snapping when placing on a 3rd party mount.

GunsUp31; same happened to me in September 2018, filled a support request, and they sent me a new camera immediately (I even sent them the broken one for analysis). What WyzeGwendolyn said is correct, the stopper was gone/broken (don’t remember), and that caused the camera to spin and twist the power cables.
What I remember, was that this happened in a camera that was installed in a not easy to access place, and working fine up to one point. meaning, I didn’t “accidentally pushed past the stopper by manually turning the base or when screwing it onto a mount”; camera was OK one day, and the next was not.

Was the camera by chance mounted outside?

No, inside, mounted with this mounting kit, in a 45º angle (3 mts. from the ground, pointing down): 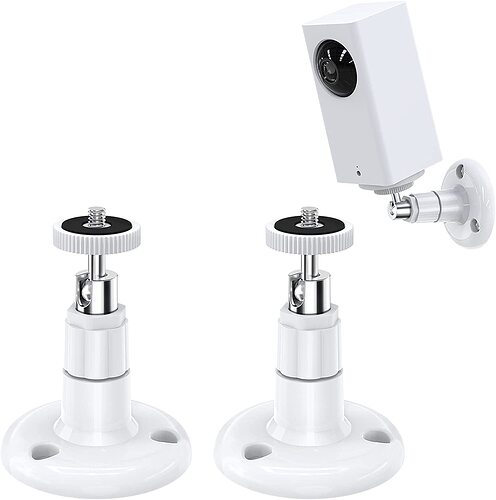 I’m mentioning the angle, as maybe that setup puts some pressure in the rotation mechanism, that causes to fail?
Rgds, Ariel.

I have the same mount, mine is outside. in very cold weather, not an issue here in North Carolina, the plastic stopper can get brittle. However this particular mount can be finicky to tighten and often results in broken stoppers. Since neither of those are your issue I admit to being stumped.

I don’t think the angle is an issue either. So honestly other than manufacturer defect I can’t explain it. 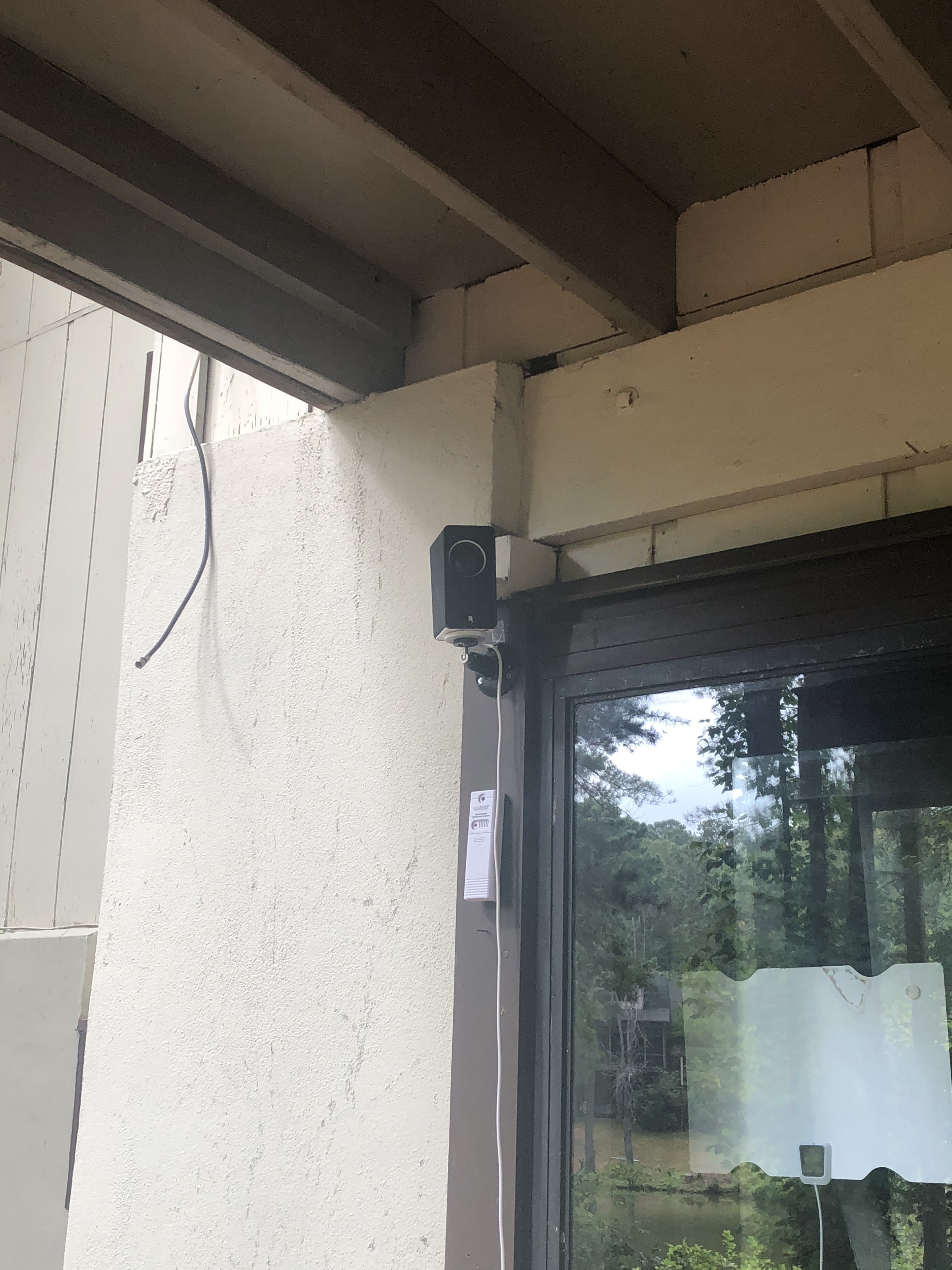 I have 4 of the Pans and I haven’t had any issues. One has been outside for a whole year in a 3d printed mount I made, including a Minnesota winter. They are all sitting level. I haven’t had to power cycle any of them.

I would say that I had always cringed when it would rotate until it hit the stops on bootup. That was the first thing that came to mind when seeing the wound up cable. Interesting that you had 3 with the broken stop. Hopefully the new ones work well.

I started another topic about this because I hadn’t seen this one, my pan cam has joined the list, it was purchased on 26th of June 2018, I’m not sure of what mount I have but it looks very similar the the one above, I was also extremely cautious mounting it making sure the base didn’t turn at all, I screwed it on to the mount only using the base, then once on all the way, while holding the base screwed the tightener up, it’s mounted high up and indoors only. The camera worked perfect until a few months ago at which time it started to scan the three locations I had set, then do a full position reset, then scan, then position reset, it got pretty annoying. Position reset as in it stops scanning as it should, turns clockwise as far as its allowed, then counter clockwise as far as its allowed. Then the other day I came home and it looked like it had a stroke, it was completely turned backwards, facing the wall with the camera eye rolled all the way up and no power. Perhaps when it started constantly resetting position it managed to break the stopper? Even though it was past the year warranty they immediately sent me a replacement which is greatly appreciated and even just today I told friends looking for a camera to go to wyze. I want to add a warning to anyone who may have the issue, I didn’t know what the cause was so I did the basics first, tried a different outlet, unmounted the camera and tried a different cable, no luck. Still not sure of the cause I plugged it back in with a different cable, after a short time I smelled burning rubber and i started looking around for the source, I leaned in to smell the pan cam and the charging wire touched my cheek and was so hot it burned me, as well as the charger. I think the wires had possibly twisted enough to short themselves or ground themselves. I brought it to my father whose an electrician and he checked it out and said the wires looked fine just completely twisted, so not sure what caused the heating, Once they were untwisted it powered back up fine, then after a reset it proceeded to turn and kill itself again, power light going right off, if I manually twist it back slightly the power comes right back on.

edit: the amazon link above looks to be the exact mount I have

Maybe this could be of help: 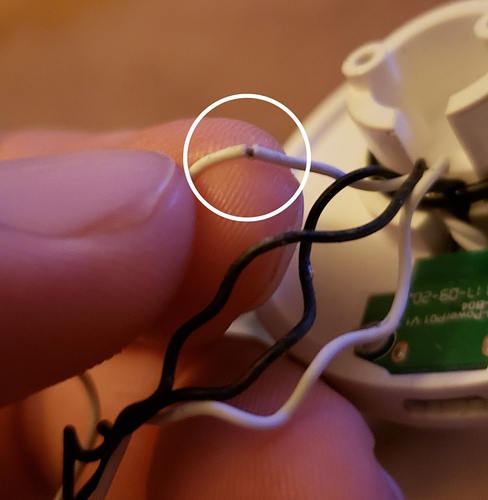 Not exactly sure how this works but I think this piece on the rotating gear maybe should hit something to stop it? It matches the amount it rotated when I first got got the cam but don’t see anything broken or missing except a tiny little piece of plastic but don’t see anywhere it could have broken from 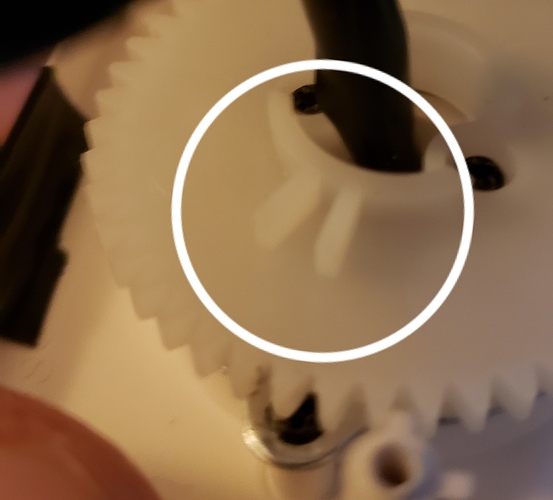