Outdoor cam won’t connect to base

My WCO had been working just fine and then went offline. I tried many troubleshooting options and nothing. I then got desperate and deleted the camera from my device list. Now the lovely camera will not connect back up. When I go to sync it I don’t ever get the “pairing in progress” statement and it ends up telling me to put the camera closer to the base even though it’s connected right there.

Another issue I’m having and one I can’t find anyone else having is there is a pinkish purple status light that comes on my outdoor camera. My main base also has an orange light that alternate flashes with blue when I’m trying to connect. I have a feeling maybe the pink/purple light is not a good sign and maybe there is some malfunction causing all these issues?

I will take any advice I can get. Thanks! 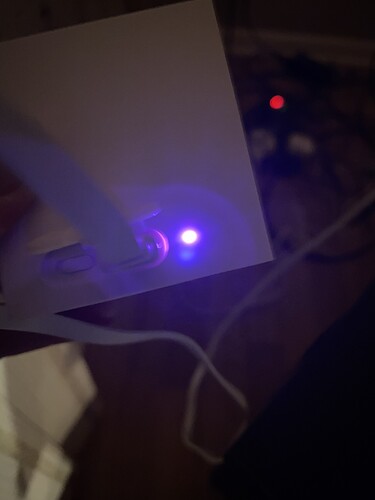 I do not think you base station is connecting to your home network. Light on base should be solid blue. Check your networks. I would unplug every thing and start set up of base and camera again. 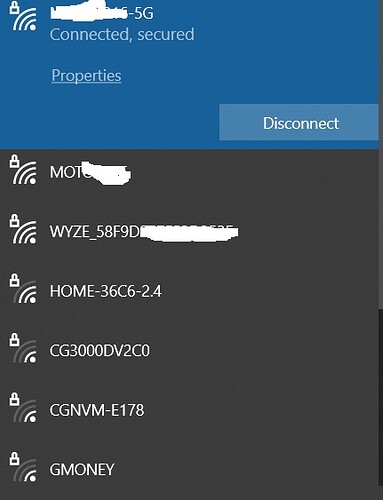 I too am having this same issue. I was one of the first to get the outdoor Cam, and it worked wonderfully. I recently took it off of its perch to charge it, and now I cannot get it to sync with the base. I’ve been having this issue for about a week. I have rebooted entire system and my other cameras work properly 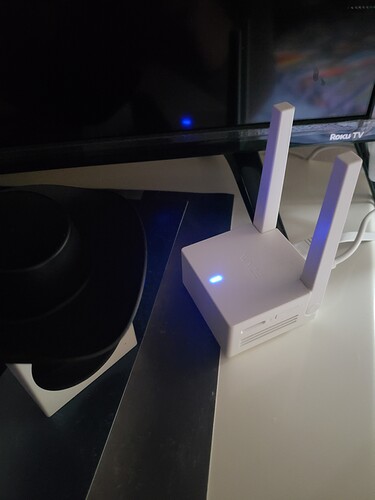 Have you found a solution? Having the same issue

I had to get a new one

Still having this issue.
Have NOT found a solution.
And my other (indoor) cameras are working perfectly, as always!!
(ugh!)

Oh no.I would rather not have to buy another.
But I am curious; if the folks who were part of the early launch are having this same issue?
(Maybe out camera had some bugs ot quote worked out?)
???

I still haven’t heard from Wyze support. I’ve tried all google suggestions I’ve found with no solution. I’m about to take it apart and try a few things, I work as an IT / network analyst so I’m pretty comfortable troubleshooting components.

They made you buy another one and didn’t replace non-functional one?

I have same issue with 2 outdoor cams. Did they ever respond?

No. I can get it to work sometimes but only last a day. I have to power off the switch, but it doesn’t turn off so I wait for it to die. Then plug it back In and it works again.

I ended buying new ones.

I just encountered the same problem A flying insect two nights ago quickly ran my battery down overnight. I removed the cam from front porch and plugged in all day yesterday to charge. Found it strange that blinking red light never turned solid. On my app it shows cam offline at 49% charged. Now the cam will not connect with base- tried turning off and on and pressing sync button tries to pair but fails. Did you ever fix this problem?

I have the same issues. Wyze base won’t connect via wifi anymore. When on Ethernet, the outdoor cameras cannot connect to the base station.

Beyond frustrating. I think one of the firmware update broke this once working setup. Waiting for support to go through the usual “initial troubleshooting” on this. Ugh

I had the same problems with a total of 4 units (2 original and 2 replacements). They sent me replacements, but then the same thing happened to the replacements. They sent me a long, convoluted method to try to diagnose and fix, but I’m not sure I am even going to go through the process just to try to get a product that I think is not ready for prime time. My original, plug-in cameras have been working quite well, as advertised. I must say that their support staff via email was quite responsive and really attempted to be helpful.

What is the convoluted method to fix did they send tell you?. Did you try installing new firmware to cam / base using the manual method, it only takes a few minutes for each device. You just need a SD card and follow the directions.

Out door cam not sync’ing. Tried flashing the firmware, but it doesn’t seem to be working. I download latest firmware to card, insert it into camera and turn the camera on. After a few minutes, get a solid blue light. Still won’t sync with base. I then look at the content of my card and the firmware has been replaced with other files and folders. Appear to be some baseline folders used by the camera.

Created SD card with the folder ‘sd_folder’. Put sd in cam and turned on. After I get solid blue light, I remove SD card and turn cam off/on. I then hit sync button and get the ‘in progress’ voice message. After a minute or two voice message says failed. Not sure what else to try.

Do you know which firmware the base has . Current base is 4.16,2,12, current cam firmware is 4.17.1.170. If you have the current firmware you can pull the plug on the base, wait a min. or so and plug it back in and try again. I do hope you base is connected via ethernet during this process.

I’ve been having this same issue as well. My base station is showing on my home network. I don’t have a micro Sd card (never needed one before). I was going to do the flash thing but after reading some responses here it seems like a waste.

I bought 2 new outdoor cams for my home anyway. I was going to install the new base station and cams then see if my other cam would work off of them