Does anyone else other than me see Orbs on their WyzeCam?

there are a lot of things that can cause “orbs”

could you post video or pictures of what you’re seeing?

this group loves to try and debunk the cause

Mine recorded orb-ish things that I think was a moth at night. I lowered the motion sensitivity, so we’ll see if that helps.

sushamilt2, yours are probably a dust particle. The camera has a very close focus range, so even something very tiny approching the lens can trip the motion detector. The IR brings out those particles, you won’t see them during the day.

I was able to get rid of false alerts by dropping the sensitivity to 0. Since the camera was in my living room looking at the front door (my vacation setup), all objects moving there were a large percentage of the screen. So even under IR conditions it never missed a real alert.

People wyze smarter than me say the orbs are dust blown in air currents, tiny flying insects, etc … but I saw on a paranormal TV show that the orbs are really “ghost” or spirit orbs. So, since it was on T.V., it’s gotta be true, right?

So when we see an orb, we just say it was a deceased relative checking in … it works for us (because I’m afraid of tiny flying insects and my wife gets really, really mad when I say it’s dust because she thinks I’m complaining about the house being dirty).

My sister in law and I stayed up nearly all night trying to figure out what the orbs are. Mostly we believe they are energy sources. Our bodies, blankets, electronics and even electrical wiring in the walls put out electrical energy or orbs. However, even in discovering this through different scenario testings we used, there are sometimes things we can’t explain.

As to your lights dimming etc… before suspecting something out of the ordinary, for the safety of your daughter and household please have your wiring checked. If all is well there then maybe it is another out of the ordinary energy source, of which I have no desire to discover what that is or may be. Prayers for the best for you. Be safe first.

That’s hilarious. I too pass it off. I’d much rather not deal with insects.

Yep exactly what I’m talking about.

Sometimes I save the recording, truncate it, hit play-pause and snap shot each frame. I get some pretty weird shots that way. Never the same and sometimes it looks like a face in a shot. 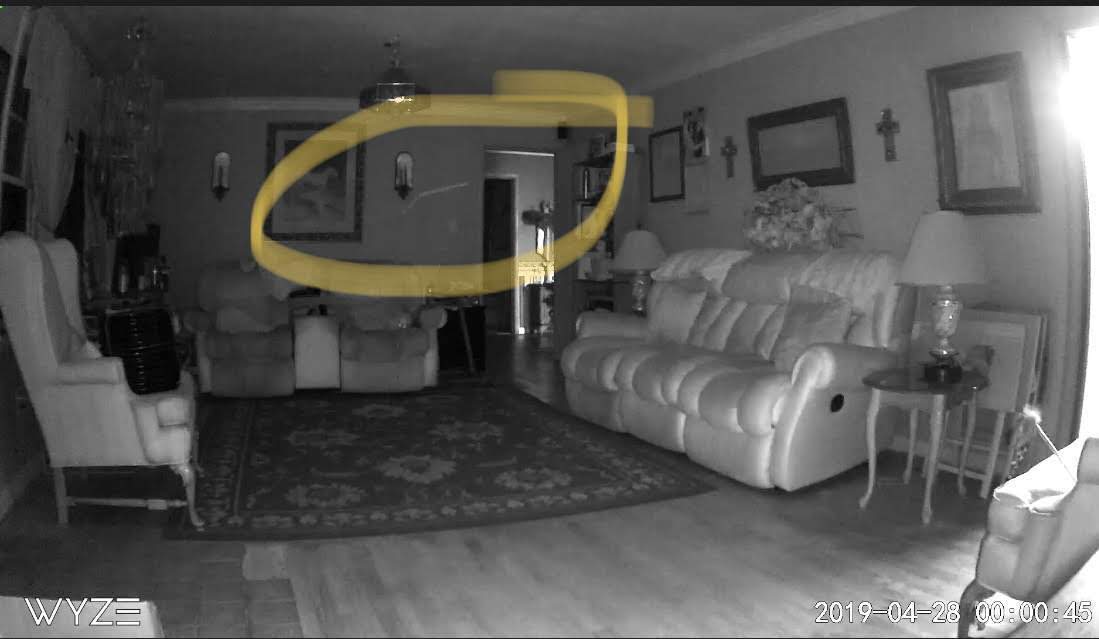 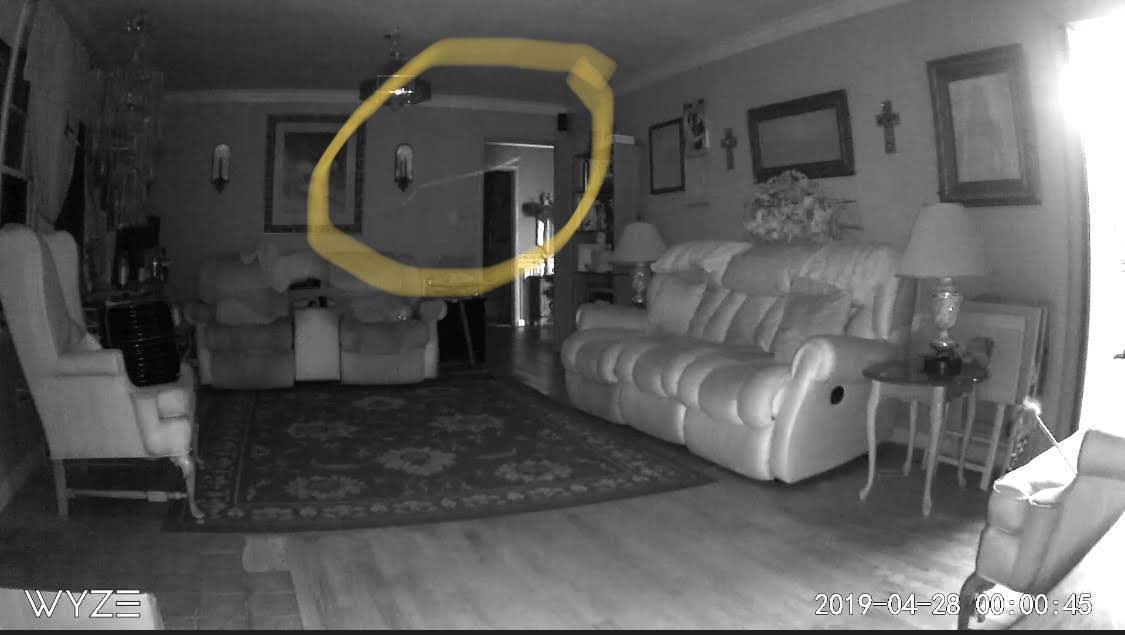 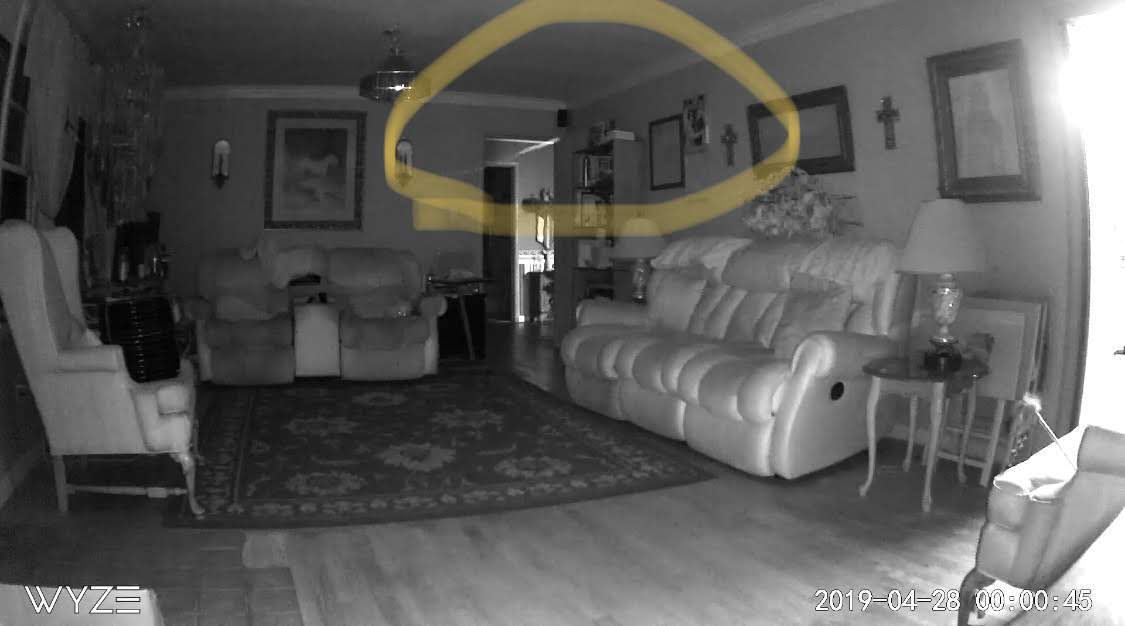 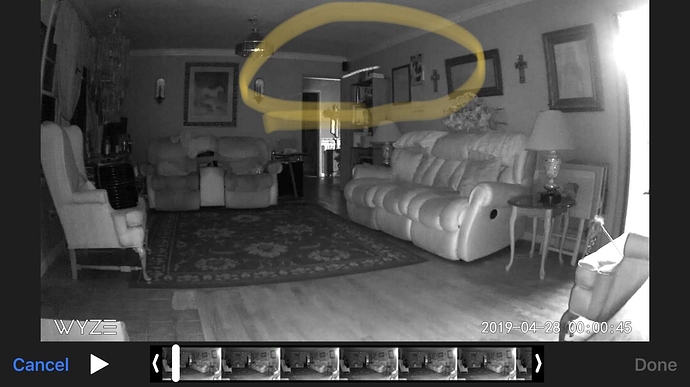 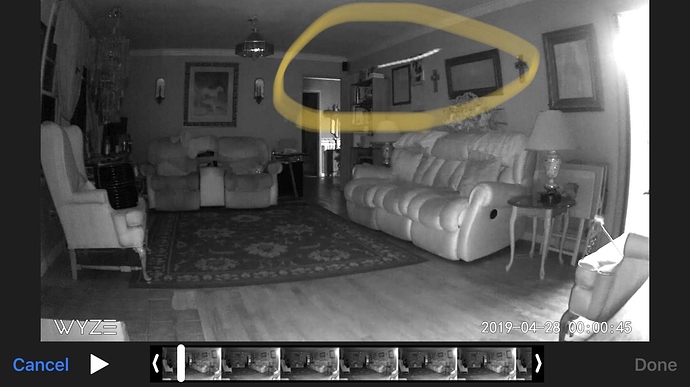 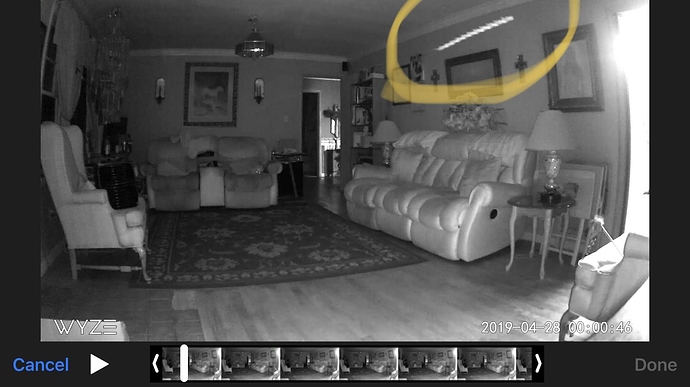 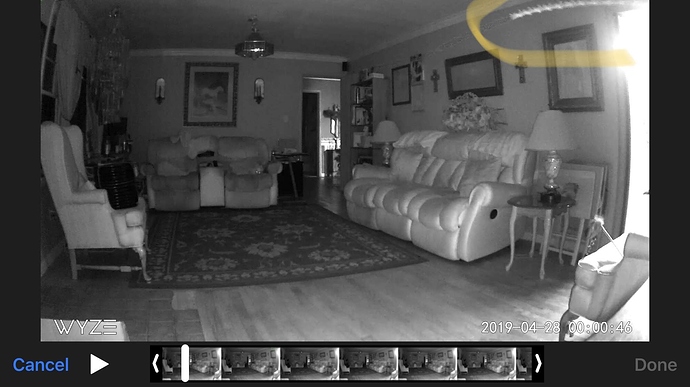 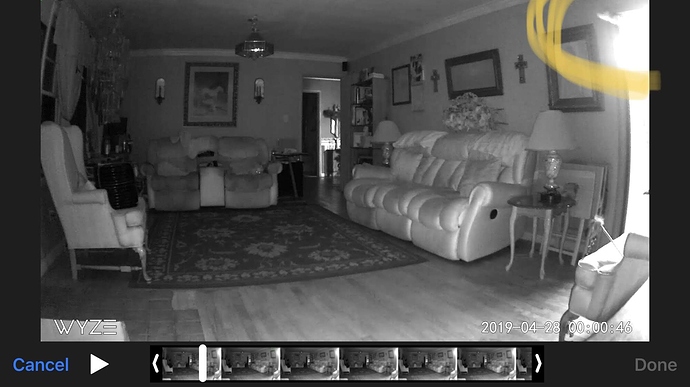 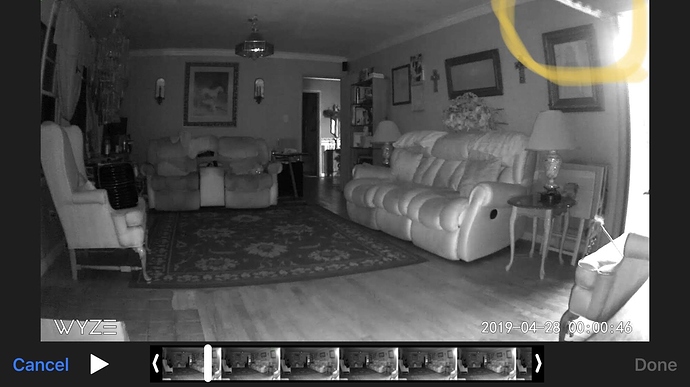 So here is a 3 second vid of an orb traveling super fast then frame by frame shots. Notice the actual length and knotty rope type structure of it. Weird huh?