Hello. So I have been having an issue where I will stop getting videos under notifications when there should be a video of movement. The only solution I have found is to power cycle the cam and then it will start capturing video clips again under notifications. Additionally another issue I have been having is where the video will show for a second and then just freeze. I can tell by the obvious lack of the time stamp counting on and just stays frozen with no movement showing on the feed. Power cycling the cam fixes the issue and seems to need to be done about every once a week. Other than this issue everything has been peachy.

Jerod, I’m not sure if this is what you’re seeing, but there is a five minute blackout after each 12 second motion video is uploaded. Presumably this is to keep control over the amount of video that Wyze has to store.

As for the freezing, I have seen that on occasion. I have found that if I close the app and then force quit the app and restart it, it will often come back without having to power cycle the camera. Doesn’t happen very often for me.

I’m aware of the cool down period after each notification. I thought maybe it was my router not getting a connection to it, but soon as I rebooted the cam it would stream fine with no frozen feed.

I’m also having a notification issue. I know the camera’s are recording motion because I have them set to ‘record on event’ to the SD card and I can see all the recordings on the playback timeline. I have been accessing the 2 camera’s I have frequently today with no issues. But I have only received two alerts and in the notification section of the app there are only two notifications shown there (corresponding to the two alerts I got.) So it looks to me like the camera is connected just fine (since I frequently access them) but that they are not sending out the alerts that they should be based on what I see in the playback timeline. I posted screen shots in another post with additional feedback.

WyzeCam: Is the ‘record on event’ trigger the same as the trigger used for the ‘alert’ / notification trigger? I’m aware of the 5 min cool down for alerts and the way the SD card recording works. Just wondering if the triggers are the same for the two.

I experience the same thing. I get the notification and when I click on the ‘motion detection alert’ I get a message ‘the video clip doesn’t exist in the cloud or is waiting to be uploaded’. I unplug the camera from power and replug and it fixes the issue and I can view the 12 second alerts from that point on but not the previous alerts.

Thank you. Really enjoying the camera. 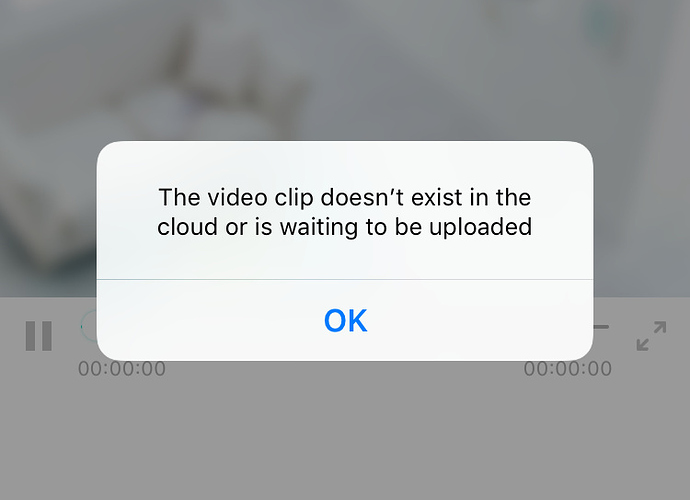 Hi, I am not getting alerts on my phone. I have to go into my notifications to see if there has been any activity and usually there are at least a dozen that I was not aware of. I have unplugged the camera and still nothing. I have made no changes to my camera or my phone settings. Suggestions on how to fix this problem please.

I only get notification when I’m at home on my wifi. I can open the app away from home and see under notifications that there are indeed motion detection being recorded but no alert notifications are being sent to my phone. When I get home in the evening I start getting them, some times. I’ve rebooted routers, unplugged, uninstalled, reinstalled, turned of battery optimization, force quit, cleared cache, held my hand over my head, jumped up and down, pleaded, begged, borrowed… nothing works.

Wyze cam was a fun and affordable experiment but I think I’m done. Around and around with support, one guy actually said that the reason I can’t hear anything when I talk through the camera is because Android phones microphones aren’t as good as the iPhone. Haha… nice. I think I’ll be buying some Nest Cams or something that is reliable. Wyze has potential but if I can’t get notifications consistently, what is the point.

is anyone going to answer us regarding the notifications? Its a security camera, not a toy, if the product is incapable we as consumers must move on to something that works.

PLEASE UPDATE US ON THE STATUS OF THIS ISSUE ASAP

the camera is as useful as a brick for the path month, really not cool.

I suspect us “early adopters” are SOL. Wyze is sitting on a pile of cash and on to V2. Why would they invest resources into making an old legacy (5 months old) product work like they promised it would? Again, I’ll say it, for $20 it was a fun exercise but I’m moving on. I feel for the folks that fully bought in with multiple cameras thinking it would be a security system. If they ever actually get the notifications to work across all devices, they should REALLY consider offering a discount to us poor souls the got suckered into V1.

I see that people with V2 are having the same issue… I think its all of the Wyze cameras.

I receive notifications at home , away or on the go. Allot of people have not upgraded their firmware. I am using the beta app for both IOS and Android, So there might be a slight difference. A new firmware was released just days ago that should have fixed this issue

If you are in the beta program than you probably got the beta firmware update, it wasn’t a live release. I suppose my issue is, we basically seed funded their V2 device (and probably many others if you believe the reddit rumors) by buying V1. The app has NEVER worked consistently. So the Wyze solution is enroll in the beta program and notification will work. So now I’ve basically paid them to develop new hardware (5 months after releasing V1) AND I’m beta testing their buggy app for them. THAT is not " the most customer-centric smart home technology company". I get it, it’s a $20 device, but if it doesn’t work it might as well be a paper weight.

Jeff, There will be an update to fix that issue very soon

Ok cool I thought I had a defective cam but since it is a confirmed software issue I will wait on the update. Keep up the good work I will hang in there with you guys while yall sort out the bugs.

I have a Samsung S8 and had the same issues. Per the other threads, use the beta android app and it seems to be working for a V1 & V2. My ipad app works fine

Don, where does one find this beta Android version. I don’t see it in the play store .

Do I have to be a beta tester?

If you are on Android, go to the play store, search for the Wyze app. Once you open the app information section, scroll down until you see the “I’m In” for the beta or something like that. It only takes a few seconds. As soon as I installed the beta app and the updated firmware, everything started working on my V1 with my Pixel 2 XL.