I thought it might be useful to have a discussion about where Wyze is heading, philosophically.

For me, the nut came when Wyze brought out the gun safe, rather than fixing the problems with the Wyze Switch (needs dimming and three-pole functionality), and the Doorbell Pro (needs to be able to pair with multiple chimes) which the community has been quite vocal about for a long time. (I’m sure there are other existing-product problems which should be mentioned, but these are the two which I’m following.)

(Nothing wrong with a gun safe… just that I would like to see obvious and widely identified problems with existing products fixed.)

[Mod Edit] Post was moved from a Wishlist Request to the Watercooler as it is more a discussion topic vs new feature/function/product request. Title edited to better suit the post contents.

I think it is about staying in business. Their original model of providing everything for free was a great idea, but SO not sustainable. Not everyone who spends a few dollars can have complete control over the company, and you guys ask for SO many changes. Hopefully the users will understand and work with Wyze to focus their efforts.

Yup, they make money by shipping product and selling services, so it’s understandable that they push both rather than fixing problems or adding features. My only quibble is with what they choose to push. The V3 is the only thing I’m interested in, and it’s underpowered.

I’m not sure who “you guys” are… but us (you, me, and the other forum users) have collectively voted quite a bit, over several years, for more focus, so I certainly agree on that. It would be great to see the existing products get a little more attention before (or in parallel with) new products.

@Newshound… Personally speaking, I don’t expect to get something for nothing, and that’s not what’s going on here. I merely want the functionality of the cams to be what was promised when I purchased them 4 measly weeks ago. And, like the OP, I’m mystified by the company’s seeming attention deficit disorder made manifest by their focusing on pushing out unrelated products while problems still plague the core products. When has it ever been a better business model to push out an ever expanding array of crappy products than to pick a lane and do that thing really well? What doesn’t seem sustainable to me is the direction Wyze appears to have embarked on up to and including now.

On a related note, just for fun,
Anyone want to speculate about what useless, unnecessary and/or malfunctioning products we might expect to see added to the already confusingly random catalog of products next? 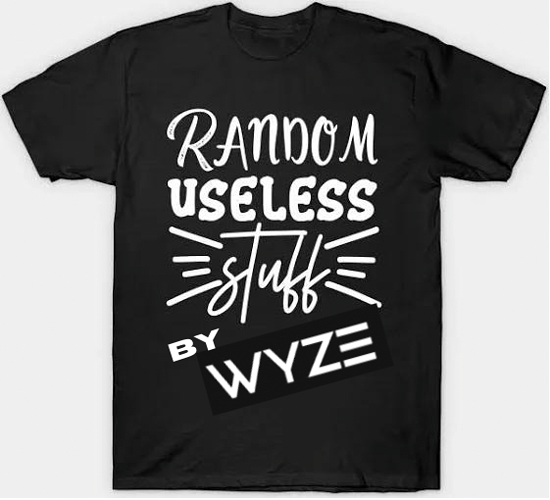 @secondary_2g @peepeep @cohibajoe : I moved this from the gun safe thread to avoid sidetracking that conversation.

I have been saying this for a Year. Wyze needs to focus on a Core Product Line…This Company is a Mess, and I am sure the Wyze Lemmings will let you know. For a next product, I would like to see an E-Bike.

Maybe Wyze could make it work for them by changing their tack. Just tell the truth. “Our stuff may or may not operate as expected and it’s full of bugs, but would-be vandals and burglars don’t know that.” 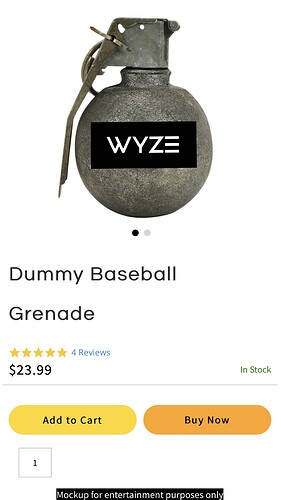 Oh E-Bike. That’s perfect. Another thing to buy online that will break down and, better yet, leave you stranded miles from home. Are you ready for this? 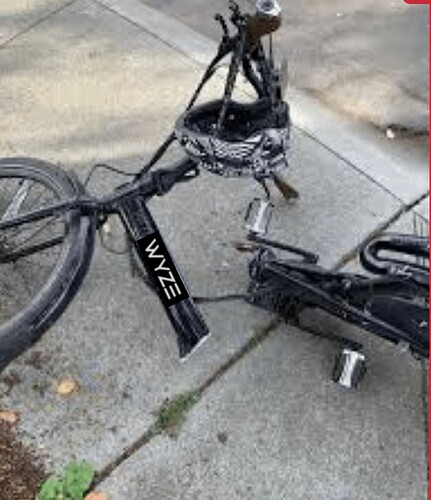 Do you think Wyze founders were passionate about cams any more than Jeff Bezos was about books at the outset? Or was it a purely bloodless calculation of the initial item that would serve the grand plan best?

We can only take the Wyze mission statement at its word. Whether it seems BS may depend on your experience with the company and its products and services.

To me their degree of emotional commitment is irrelevant. Only their execution matters. Do you think Wyze’s execution has kept pace with their promises or their own claims of what to expect from their products? Do you trust them to make good on promises? Personally, among the equipment I’ve received that’s not dead on arrival, my v3 cams don’t alert upon sound detection. The app notifications don’t respect my detection zone designations even in daylight. Forget about nighttime. Does the AI, firmware and software they designed operate the way they claim it does or should?

I don’t care what Bezos or the WYZE Guys FEEL about their businesses. The question for me is whether the cost:benefit ratio of doing business with them is worth it. If I continue to do business with Amazon, it will be despite of my opinions about Bezos as a person. Conversely, even if I could muster the opinion that the Wyze company is on a righteous mission, which is unlikely, their sloppy execution fails to show a sincere interest in keeping customers.

I purchased a wireless NVR system from another company yesterday. It works right out of the box. Easy to set up, Better build quality, and Considering the probable savings in time and aggravation of troubleshooting that I won’t have to do, even at a higher price point I consider it a better value.

We need to compete to make sure we’re here for the long run to support your Wyze devices. But we don’t want to do it like the rest of the industry, we want to do it on terms set by our users, the way friends would do business with each other.

Do ya feel me?

If my friends disappointed and failed to make good on their promises as much as Wyze has in the few weeks since I became a customer, they wouldn’t be my friends for long. Trust is earned or lost not by the flowery sentiments they express but by their actions.

If someone wants to inspire, they need to do more than mouth words calculated to manipulate their audience into giving them undeserved loyalty. Wanna inspire? You gotta pay it forward. That’s what that scene was about.

As I said…The Form Supporters that I have engaged with are “Wyze Lemmings”. Some how I am branded as a “Web Lawyer” and what you are writing Elegantly if I may say…will gain no traction to Wyze Management. This company has become a Catalog store.

The stuff mostly works and was dirt cheap. I don’t read any more into it than that. People who are brand loyal to the extent they buy products randomly through an app to acquire virtual badges just confuse me. To each his, her, or their own. We are a mildly attractive mosaic.

But what does the scene make you feel?

It actually chokes me up.

And makes me laugh.

Movie seemed fake and hollow beginning to end. Jerked a few tears I guess but a very cynical undertaking.

A mission statement is a story meant to inspire.

Oh man you reminded me of the stupid manifesto that drives the beginning of the movie. What a load.

Cuba and Jay were good though.

That ‘load’ was based on an unpublished essay by William Faulkner who wrote Hollywood screenplays as well as novels. Are you saying Mr. Faulkner is full of cabbage?