Fyi, for a wider angle, the lens in this camera is replaceable fairly easily with some modifications and voiding of the warranty. The following lens threaded right in and increased the FOV substantially. 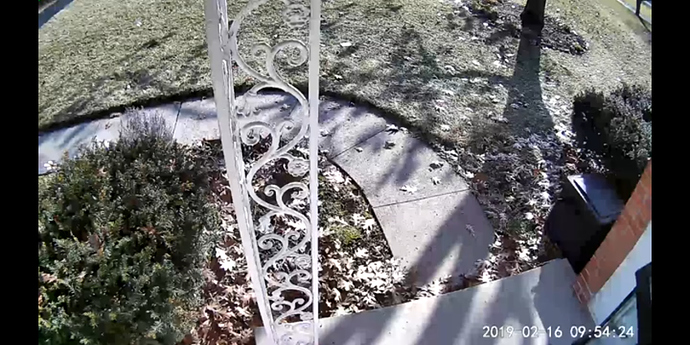 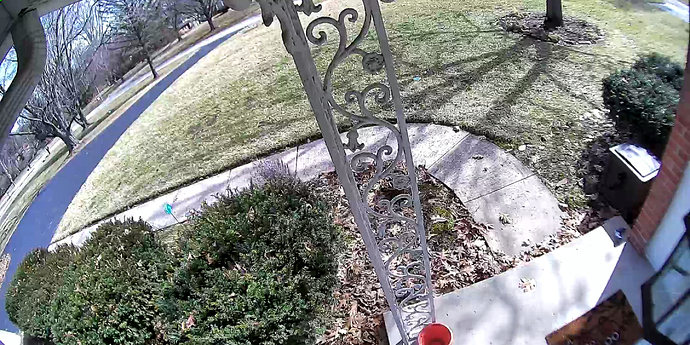 Thanks for the link. Was thinking that with ~20° > fov the cam would cover from the 1st bend downhill (~600ft) to the bend at the top and to the garage. ~800 feet of drive covered by a single cam😀. Add the hoped for doorbell cam to cover the walkway. Two cams would cover my needs.

Is that a V2 or Pan camera?

It’s the V2. I don’t have a pan to dismantle but I’d imagine the lens setup is very similar.

What does “dismantle” entail?
Can you just put a suction cup on the front and unscrew it?

There is glue on the threads at the base of the lens. I had to scrape that off with a knife before the lens would come off. This would require opening it up. The new lens needed focusing which is much easier to do with the unit opened and the lens barrel completely exposed.

Also, the new lens had a slightly different length which caused it to sit farther within the housing and obscured the fov slightly. I modified the bracket that the camera screws into to allow the lens to stick out about .5cm more. I guess I should have documented that.

Thanks for the instructions. Use to fly (aka, crash,rebuild,repeat then trash) quads and gliders FPV. Tweaking, repairing video cams. Some of the camera lens used hot glue to fix the lens. Household rubbing alcohol breaks the bond.

Bit off topic. Changing the lens provides opportunity to “waterproof “ the cam for outdoor use. UsedCorrosion X on anything (ESC, boards, connections…).For winter-spring flying. The red color can version. Saved a few platforms that experienced unplanned water or slush touchdowns.

If you have a 3D printer, which may be presumptuous of me, I just uploaded an outdoor case for the Wyze 2 on Thingiverse. Give it a try. 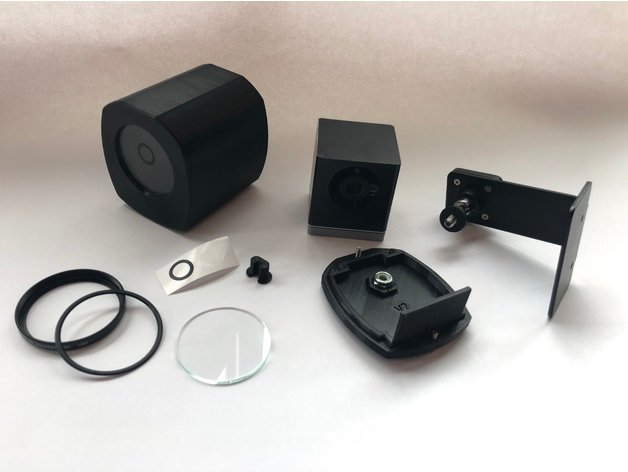 Update 5-11-19 I added the 3 versions of the case that fit the 34mm lens. With this smaller lens, it only shows the black of the Wyze cam and not of the white case. I will put a link to the 34mm lens below in the Parts Needed. Also, I found some...

Ha ha! True dat. Well you know now that I made this, Wyze will come out with their outdoor camera next week.

Any suggestions for a telephoto lens that would provide a closer up view of a scene? So I could spy on a birds nest for example.

That is an excellent idea for a pan cam!
/edit has anyone tried it?

Is this v2 the wider angle JX-F22 sensor or the JX-F23 sensor? JX-F22 with the upgraded lens would be quite the combination.

Not sure about the sensor but there are several security and runcam lenses on Amazon, AliExpress that should work. You can see in the uncropped images above there is slight blurring at far edges but image is quite good. Really no vignetting or cropping due to lens change. FOV is on par with more expensive security cameras.

Very nice mod on the lens! I’ll have to try that out… have a bunch of super wide angle fisheye style units of various degrees kicking around. Just so happens I picked up a 3d printer last month also, bonus! Now to decide… what color to use🤔.

Can anyone advise on if it is even feasible to put an inexpensive 3rd party ZOOM lens (manual would be ok) on a pan camera?
I’d like the equivalent optical zoom power of what I get on my Nikon 35mm with a 210mm lens.
Then if it is feasible any advice on lenses?