I did a quick search and didn’t see anything about this. If this is a repeat, please accept my apology up front. I also know it’s very early.

I have four buildings that I want to set up. 1 off site, the other 3 on on the same network. It’s not a business, it’s my man cave/work shop, storage building, hunting cabin and my house. Does anyone know if I can do multiple buildings with one account or do I need to have different accounts for each?

Right now, I’ve got wyze set up everywhere. But this monitoring I think would be helpful. I seen where I could buy multiple keypads, but I just don’t want my wife to leave the house and lock the system while I’m in the man cave and when I go out or move around it goes off.

From the looks of the FAQ on the HMS site, you can have one location. If I am understanding it right, you should be ok to monitor your 3 onsite buildings at the same location on the same network. Multiple location monitoring is in the future. Contacting Support would be the best route for clarification though. 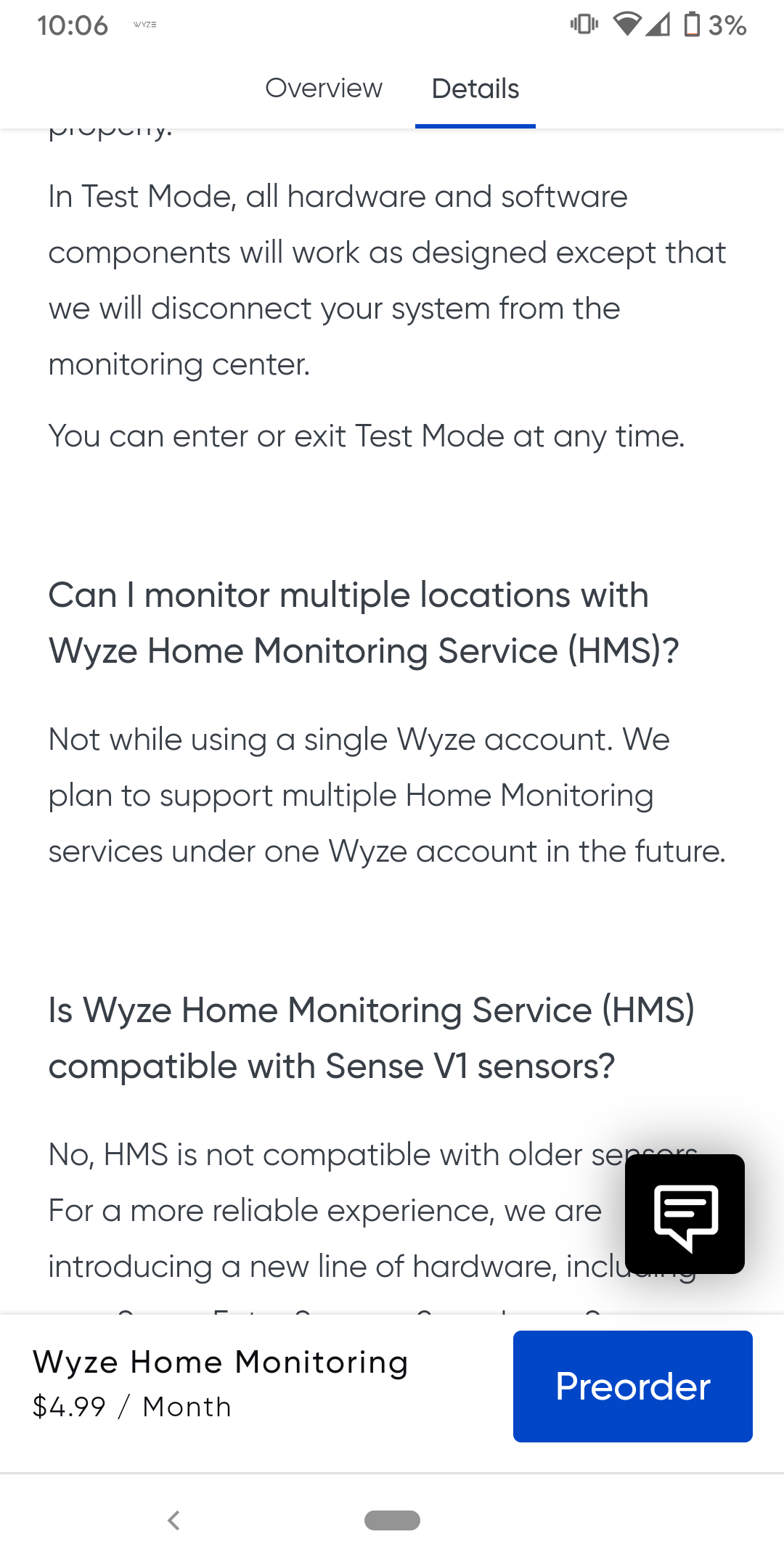 Supporting multiple locations is essential. I won’t purchase until this feature is implemented. I threw out Kangaroo for the same flaw (they have been promising it forever - no sign of it). Don’t be a Kangaroo - fix this major design flaw asap and you will sell more!

Thank you for your help. I’ve tried contacting customer service, no one has gotten back to me yet. Maybe they are looking into it for me. I think this is a great step in the right direction for wyze with everything they have made so far.

Mavens (and Mods) are not Wyze employees, we are users that volunteer our time in the forums to provide assistance. The best I know is that Wyze is working on the feature, like it states in the link and photo above.

This is my situation as well right now with a couple roofs and I use multiple Wyze products everywhere here but so far I’ve managed. I would though like to be able to create a “Group” in the app that isn’t device specific and can contain a mixture of “Device Groups” within.
Nesting? Is that the correct terminology? Lol. If some form of generic Nesting was an option then various parcels/buildings aren’t an issue. Neither is various anything actually. Then we can even break the Wyze gear down into Rooms as example and have different Device Groups in that Room/Building/Parcel/Shed/Lanai/gazebo/whatever. That’s what I would appreciate if they can get to it sometime…
I wonder if that’s in the Wishlist or Roadmap category? Just saw that was a thing here.

I’ll have to check. Just started becoming more entrenched in the Wyze gear…

Thank you… Basically same idea for sure! I knew had to be others thinking of this feature… Good! Maybe will come to fruition then.

It is listed as “researching” so some resources are being put forth in that direction. Make your notification settings to “watching” of that thread to be kept in the loop of the happenings.