Please explain how it would be a downgrade. What functions does your current controller have that the wyze controller does not have?

You are shorting the terminals that the controller will connect to to prove that will open and close the door. 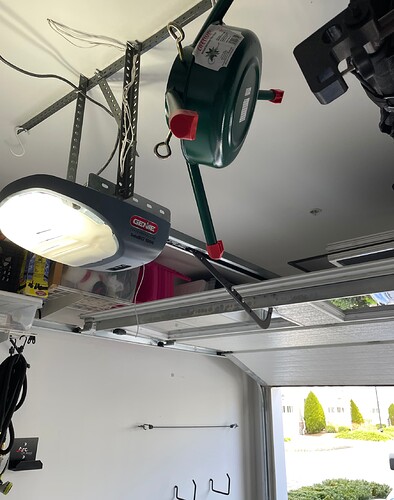 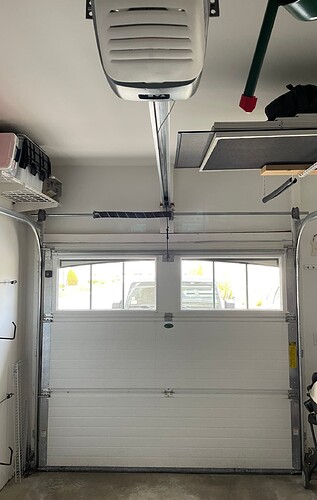 It’s just additional flexibility. For instance (a) I want to know if I forget to close it, but not if it’s the middle of the day and I’m working in the yard. So I have it only notify me if the door’s been open more than 20 minutes and it’s after 9pm. (b) I can also set it to notify me during a weekday that’s it’s been open, and I can then respond with a “sleep xx” command to halt additional notifications for xx minutes. (c) I have a separate app that pings it occasionally and let’s me know if it’s offline.
In addition to the lost flexibility, I’d have to maintain the additional camera to monitor the rest of the garage, including the back entry door.
One other item - I already have switches on both ends of the door travel, so I get special notifications if it tries to open or close, but fails.
The main upside for me would be that it fits into the Wyze ecosystem, rather than the custom apps that I have to maintain.

My GDC kit came with a v3 with a flat cable. The instructions in the app mention a “round” cable being the one that is shielded for less RF interference. I haven’t tried the range, but why would my kit have a flat cable and not the round one promised?

In any case, you may need to contact Wyze to see about a swap of what you have:

Ok.so, took me a little longer for install, mostly because I decided to swap my standard outlet above my garage door opener to a smart outlet just in case I ever need to power cycle the Cam. [image] After…

@GuyOnTheAir Perhaps you’re expecting the flat power cable to be round, but it’s the “Y” cable that’s round?

Both the “Y” cable (to connect the power adapter to the camera and controller) and the pigtail coming out of the V3 should be round. The flat power cable is still flat, as you say.

Didn’t think about the power cable.

Yeppers, pigtail is also round.

I have a Chamberlain with a yellow button, digital wired remote, and built in MyQ. Still, I ordered the Wyze Opener to play with. I have yet to test to see if shorting the terminals work. If it does not work, one workaround I can think of is to connect the Wyze pins to a spare wireless remote as to simulate a button press. I’ll try that if the terminals don’t work out.

Well, my GDC arrived and I connected everything. Unfortunately, it can’t detect the controller. Reboot, reset, unplug/plug, all the usual. No dice. I guess it’s DOA. Great.

Anyone else seen this? Any thoughts?

Try going through the Wyze Garage Door Controller Troubleshooting articles. If you still have issues, give Customer Support call.

Thanks. There’s no troubleshooting for the controller not being detected. Just the usual restart, reset, unplug/plug (which didn’t help). I got on their support chat in the app, but of course, they insisted I tell them the version # (even though I told them it was up to date), and as I suspected, it lost the chat when I backed out to check. There’s an hour of my time down the drain. Support is very frustrating…

Ticket 2013188 (No response for over three hours though. I may have to do a chargeback.) 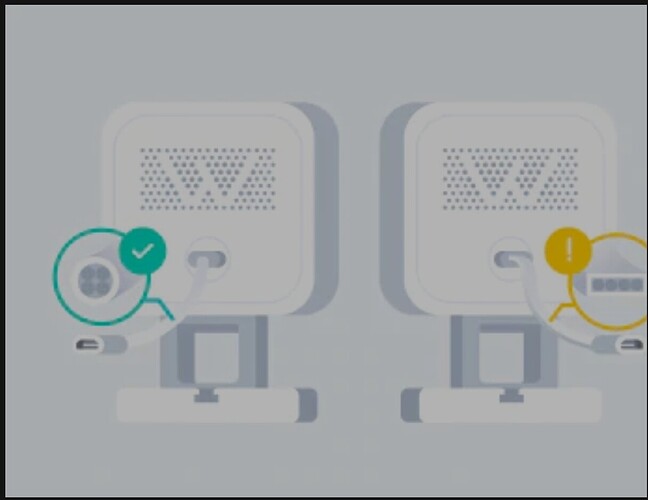 What is the size of the QR code? Also, if placing the v3 further away, is there a distance limitation for when the QR code is not readable? Would be great if Wyze could provide/sell a shielded USB extension cable.

I also noticed that the manual says the GDC kit comes with a polarized power adapter. It’s very specific about how to plug in a polarized adapter (as if we don’t all know by now). However, the power adapter included in my GDC kit is not polarized.

Good advice, but you don’t really get a lot of flexibility where you put the camera or controller, as they are both on limited length cables. You are also restricted by where your power outlet is. And all you are doing is minimizing the interference. So the shielded V3 is best.

What is the size of the QR code?

if placing the v3 further away, is there a distance limitation for when the QR code is not readable?

Would be great if Wyze could provide/sell a shielded USB extension cable.

You don’t have to move the camera away from the opener if you are using a full kit (camera + GDC).