PLEASE reset the detection zone BACK to the way it was before. Prior to a few months ago, you could resize zone to a very small area (to prevent traffic / neighbors, etc) Now the smallest ‘box’ is so large that it takes up 1/8 of screen. Am using Android.
Thanks for all that you are doing!

I’ve seen this posted several times and agree, the smallest zone is now too large.
I have no idea why Wyze would change it and they have never acknowledged any of the posts.

Just so I’m clear - the screenshot that follows shows the smallest zone I can create - folks want to create smaller rectangles than that?
(that is encompassing one our horse’s feed bowls in his stall, so a very small area) 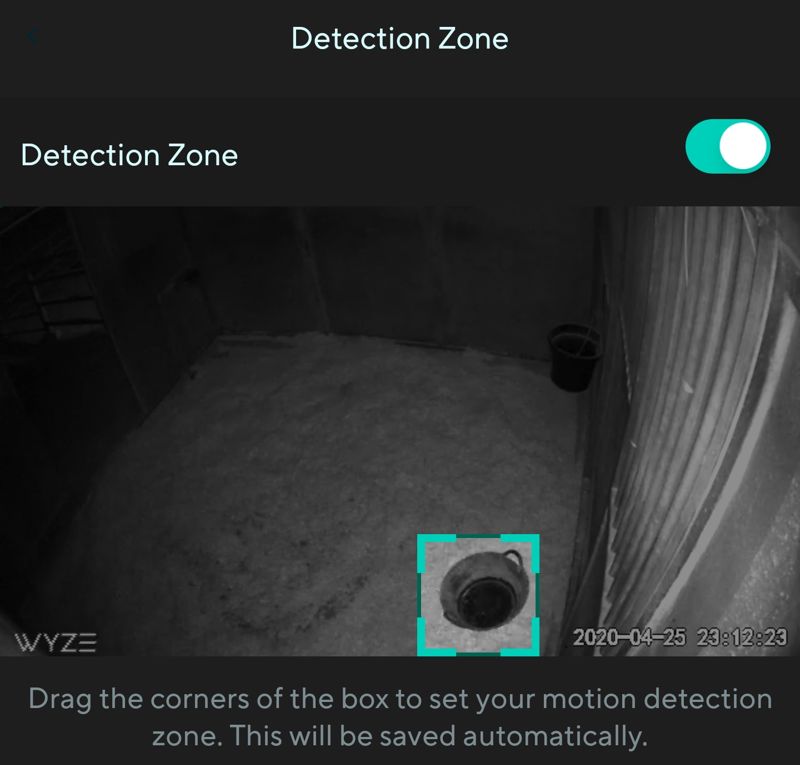 @myswtest your screenshot is a perfect example… What tablet / phone are you using to make it this size? On my android its 1/8 of screen size. I would be super happy if I had your ratio.
I believe it has something that Wyze changed for phone / tablets. They all arent the same.

Same here. I had to reposition one of my cameras after I dl’d the latest software update and the size increased for the detection zone!!

What tablet / phone are you using to make it this size?

@myswtest here is a shot of the SMALLEST I can now make after the update. Before I could limit the zone just to my driveway. Now I have to have zone inside of my window (cam is in window) If you click on any cameras dectection zone it defaults to the new larger size. Thus reason I am leaving my other 10 alone! 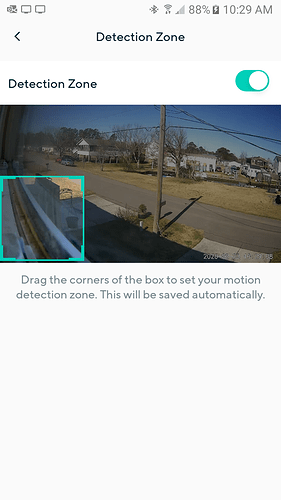 here is a shot of the SMALLEST I can now make after the update.

I know this is asking a lot, but could you install the Wyze Beta app version (which is what I am running) and test to see if that works?

EDIT: if you opt for Beta version, you may not get it immediately.

@WyzeGwendolyn, could you pass this along…? There have been many messages about this, including my original 2 months ago. Is there a fix / workaround…? Originally I thought it had to do with beta build.

I am beta, and thought that was reason it changed.

I am beta, and thought

hmm. I wonder if it’s a screen resolution “thing”? 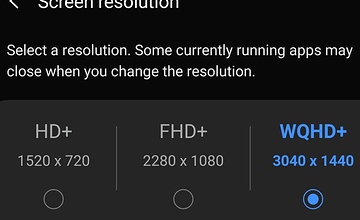 That could be issue…I dont have options for resolution. I am running Android 6.0.1 However it was working 2 months ago.

I have a Samsung S8+ with Android 9.
Running the Beta app v2.10.36, firmwsre 4.9.5.111 on a V2 cam.
I can’t set the detection zone as small as @myswtest is showing.
I’ve tried changing the screen redolution and it makes no difference.
Others havd discovered that going back to older app versions sllowedd them to make the box smaller.
@myswtedt I think if you tried to resize that box now you wouldn’t be able to make it that small again.

myswtedt I think if you tried to resize that box now you wouldn’t be able to make it that small again. 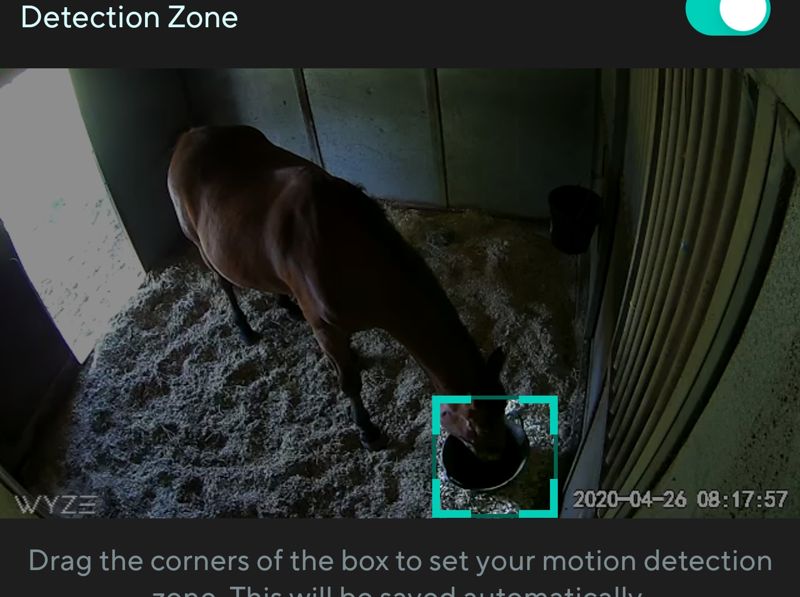 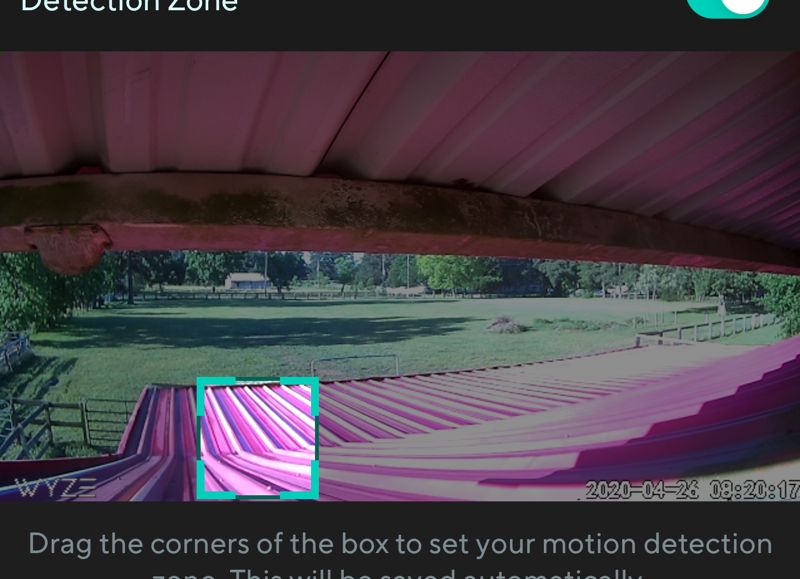 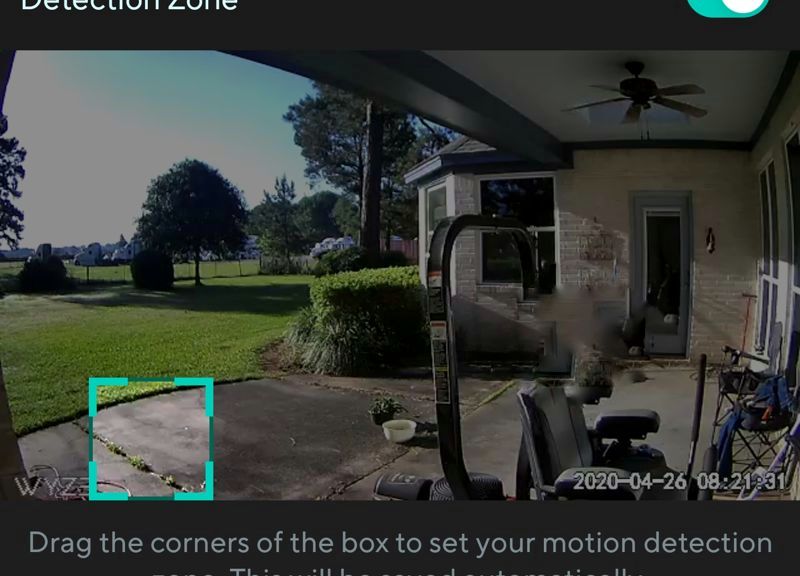 This is the smallest I can get. I wonder why all three of us get different results? 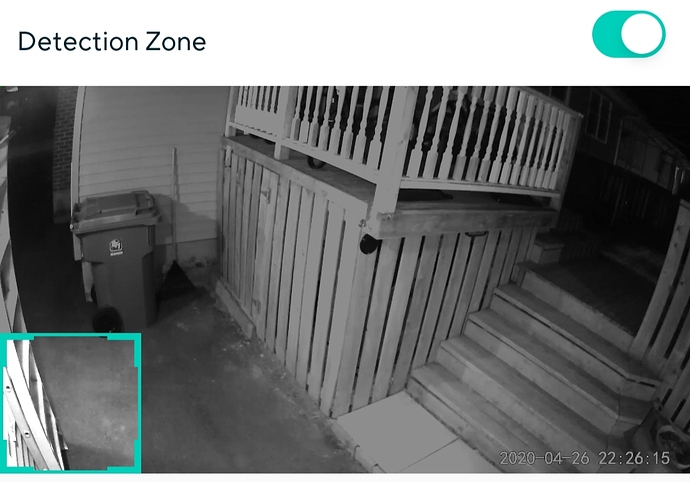 @myswtest I was wrong, screen resolution does make a difference but I still used to be able to set a smaller zone in older app versions. 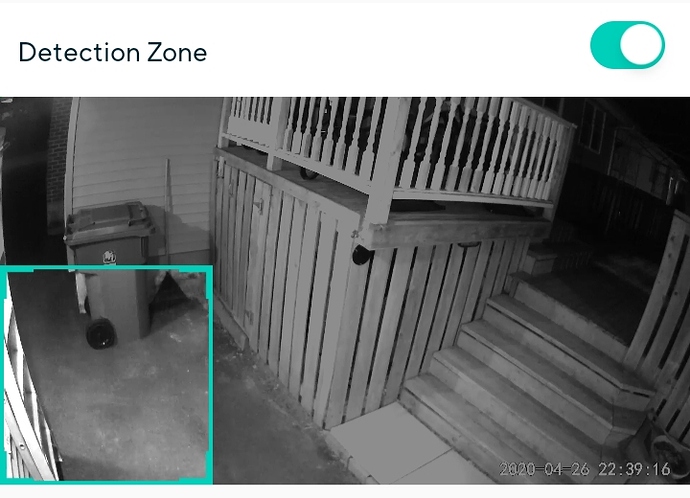 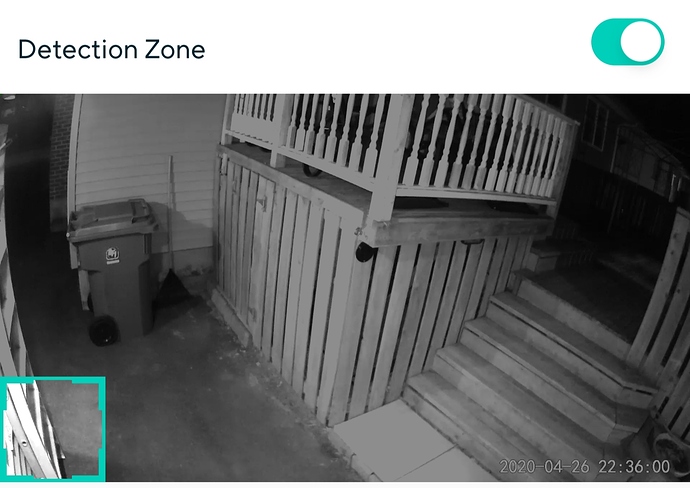 Why the different screen sizes? I mean look at your guys compared to mine…!

I cropped the screenshots.