I want to set up a indoor mount on a window in my house for the v3. Don’t want to spend the extra money on the outdoor and am wondering if a v3 can see through a mesh net type of window screen. I would test it myself, but all my other v3 are mounted in high places outside.

Yes to both, with a caveat. Probably only during the day unless you have substantial lighting outside. The IR lights, if used, will reflect off the window. During the day the camera will work fine.

Only sort of. I suspect this depends on how far it is from the camera lens to the screen. When I tried it a couple years ago, I had the V2 cameras pressed up against the double pane glass window that had screen on the outside. The screen clearly affected the video. Could I see what was outside? Yes. Was it clear? No. I moved the cameras to a non-opening part of the window that did not have a screen on the outside and it looked FAR better. In all cases, the IR lights were turned off.

Could I see what was outside? Yes. Was it clear? No.

This is true. On indoor cameras looking thru screens, I have removed the screen and put it in a closet.

I open the window too often to do that.

I have screens outside of my doors, so a WC sitting inside tends to focus on the screen which renders the view uselessly blurry. If the camera is close enough to the screen to be unable to focus on it, then it works pretty well, although the scene is not as sharp as it would normally be without a screen.

YMMV with the distance between the camera and screen - 6+ inches is not good.

Yes, and it’ll also pick up all the sounds from inside that area. With one of my cams, I set it on the ledge on the outside of the window and closed the screen and window down onto the flat cord to keep it in place. It worked out well there until I moved it somewhere else.

Yes, and it’ll also pick up all the sounds from inside that area

Good point. This has a process for both the V2 and V3 fixed-view cameras to non-destructively disconnect the microphone:

DISCLAIMER - This is a one way trip to forever remove the microphone from a Wyze V2 camera and absolutely voids any warranty. I am not responsible for anything that may happen if you try this. – As per many discussions in this forum, I disable the microphones on some Wyze V2 cameras to guarantee audio privacy and avoid any possible legal jeopardy depending on where they are placed. – Bend a small hook in the end of a paper clip with pliers. [1] Insert paper clip hook into microphone hol…

I personally don’t want to get rid of the sound in my cams.

Hello @dan02719 and Others.
Aiming a V3 camera through a window and a screen will work in the daytime. Any loss of image detail probably depends on screen mesh size, screen distance, and screen reflectivity. At night, glare from inside lighting can overwhelm the camera’s view. To block the glare consider taping a light shield on the inside window surface and around the camera.

Below are some comparison pictures.

This screen is non-metallic with a mesh opening of 3/32" x 3/32". Being non-reflective may help to provide a good image. The screen is about 3" from the window, 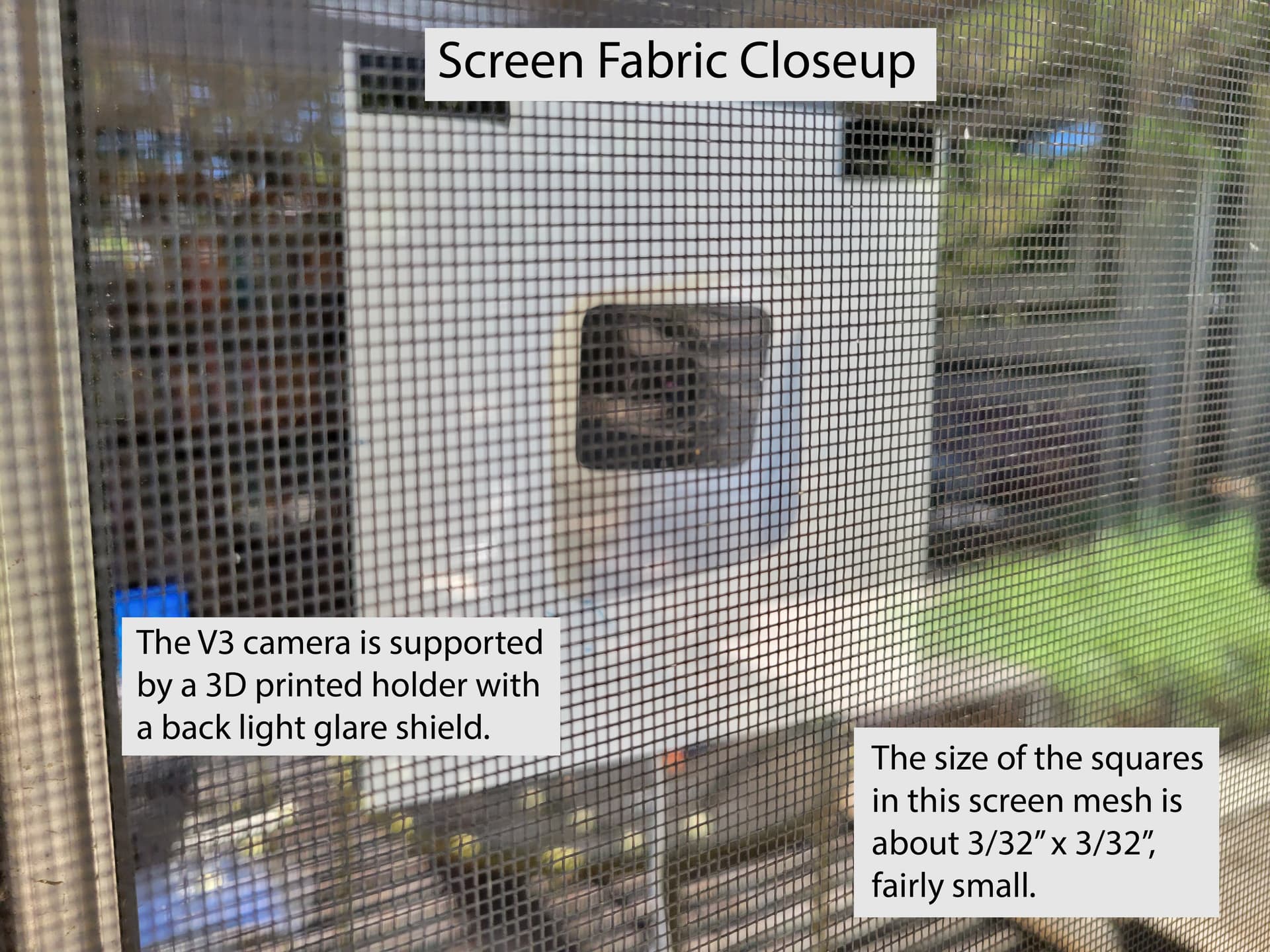 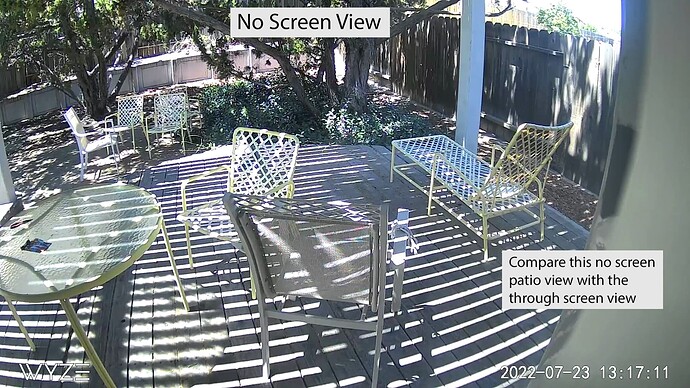 Looking closely at the through-the-screen view picture below some artifacts of the screen can be seen on the concrete column and sunlit portion of the fence in the right regions of the picture. 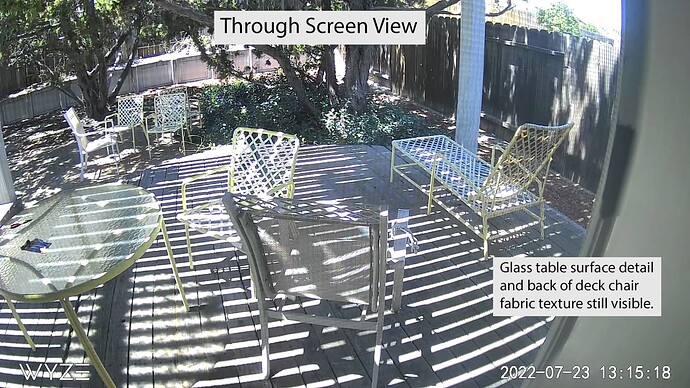 v2s can sometimes see through my transparent schemes. When they get too good I turn them off.