All V2 Sensors are offline

Just looking at the Wyze App and realized all the V2 sensors are offline. Going to reboot the hub and see what happens.

Update: unplugged the power cord and the hub immediately shutdown without any further action on my part. Plugged it in and it restarted with all sensors connected. Starting to question the reliability of the hub. 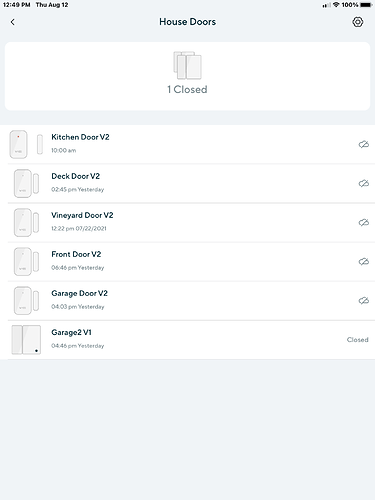 The newer firmware updates have been frustrating and a little buggy, but not as frustrating as the lack of communication from that HMS team. Some teams are awesome, but the team over the HMS has a lot of room for improvement. It took posting a public question in an AMA to the head manager of the team to get any response or acknowledgment at all (though I am grateful to Mike for addressing it), and Mike even said he had no idea all those problems were going on, which means the team wasn’t keeping their boss informed, which means they probably were ignoring the threads entirely until Mike read them himself and told them to go read through the issues and then reply (which they never did respond as he said he told them to do). Very disappointed with that team. I’d tell you to submit a log, but based on our previous experience I don’t think anyone will even look at it, or respond.

Fortunately there are other teams with Wyze that do AMAZING, so I know it’s not a company-wide issue, just an issue with this particular team…hopefully they can figure out how to correct course and be more like some of the other impressive Wyze teams with great communication and reliability (know they’ll look into things and do what they say they will). It’s not Wyze’s fault directly…just some employees on that team that need some coaching and outlining expectations.

I checked and mine are connected right now, but I’ll keep an eye out. Interesting that your V1 was connected still. Was it on the hub or a bridge? Do you have V1’s on the hub again now after the last fix, or did you leave them on the bridge?

I only have the V2s connected to the hub. I have a few remaining V1s connected to bridges in a couple of locations. Some are in a shop building quite a distance from the house. Others are a garage door and a couple of older motion sensors on the house. Decided it wasn’t worth moving them to the hub considering all the problems. The ones in the shop are much too far away.

I have been having the same issue. I’ve had to rerun setup about 3 times in the last year