I have many Zwave switches etc… Loving the Wyze cams but would love to be able to control all my products on one platform.

Integrate with Vera Plus app

Every Zwave hub you can buy is overpriced. It would be nice to have an affordable non complicated zwave control device.

IoT is a mess. I have too many protocols and sensors of every different types. I’m beginning to trust Wyze more and more and wouldn’t mind to be it to be central.

I’m currently using Vera for most of my IoT with mediorcre sense of confidence and satisfaction.

This market place is ripe for someone to lead. Currently its only Samsung with Smart things and handfull of open src.

Wyze has public support not really seen in recent times for any Home Devices.

Ping me if you need a Road map view of what Wyze could be in next coming year. I can help

I only want to manage and play with one RF / protocol set. I would have like to have considered Wyze products for

I will only consider z-wave (or zigbee as a compromise) products, so Wyze products were not purchased. This limits me to strictly a camera customer, which makes me sad. You guys have hit a sweet spot for price and features.

And, I’m willing to spend a 50% price premium to get z-wave and you will have me implementing with Wyze products.

Wishing you the best!
David

I am interested in getting smart switches but I do not want them connected to my wifi. So I am extremely interested in doing a zwae integration for my home. I would consider replacing my current system if you are looking into developing something like that.

Zwave is proprietary, and has a relatively high licensing fee. Suspect those costs would conflict with the Wyze product vision and directions. It would increase the cost / unit significantly.

Zigbee is open source so the expense profile would be much lower. Zigbee would be a big win in Wyze devices. Looks like most Zwave hubs also support the Zigbee protocols.

I am invested in Zigbee and Zwave and not willing to switch to another ecosystem, even Wyze. I REALLY do appreciate the Wyze products and directions. Truly. When there is Zigbee support I will purchase a bunch more Wyze thingies. Perfectly happy to pay more to have the Zigbee support.

Keep up the great work,
David

I personally believe the time for Wyze to have done this is over. They should have started on this endeavor from the beginning. Most of us have already invested so much into the existing Wyze’s wifi eco system that if they decided to go more generic and support all protocols. It would be a total utter mess.

At best what they should implement is what I suggested long before of having a Wyze hub that is basically a dedicated to all Wyze product wifi bridge. What they actually did for the WCO or WOC whatever they call it. Here are some use-cases for such system:

The key is #1. I have few v2’s sitting within 10’ from AP in line of sight and I still get intermittent connectivity, Even though I’ve troubleshooted and removed most devices off the AP.

Now my main goal is to move all of Wyze off of their crashing troublesome, buggy software and go totally to custom non-Wyze RTSP fw which means all of my Wyze locks/WCO will get trashed.

At a minimum instead of shoving new unpolished products, they should just make what they’ve sold work! My app crashes all the time, scrubbing timeline is unusable, tired of charging the WCO every few mons, fails to capture motion reliably and did I say unreliable? When I need it the most it crashes.

I looked long and hard and in the beginning with only v2 being sold. I was a total fan boy. Now having spent literally hundreds of dollars, they continue to sell under developed, over typed, under delivered, buggy bearly useable product line that’s ever growing. I’m at the thought they simply don’t care about who grew their business. As long as they get more naive customers. The complaints are web wide everywhere.

Just read the reviews on slickdeal for their v3 announcement: 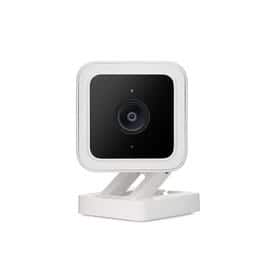 this person sums it up perfectly:

Truly sad when they could have had built on a royal following but instead are building on top of our dying bodies.

This should be something similar to Samsung’s SmartThings platform, Ideally it should supply the following features:

In short, what I am asking for is a PLATFORM, this is not because of any shortcoming of current products, but rather in the complexity of managing the multitudes of devices in a single household. I am hopeful that the Home Monitoring products that were announced today were the first step in this process. If done correctly, I think this could greatly improve the experience working with Wyze without any additional complication.

Agreed. Very heavily. I am honestly at the point of canceling my outstanding pre-orders because I just don’t think the avenue that Wyze is developing towards is a sustainable business. It’s no longer sustainable for me, thankfully I am not at the point of having spent hundreds yet, but I see no reason to reward a company with my continued purchasing and recommendations for their products. Sadly this means I will have to spend ten times as much for cameras and other kit, but oh well.

I’m starting to like the Wyze products. I have 3 cameras, and planning on buying other stuff (even the monitor system), but I have a bunch of stuff that uses Zwave (switches, etc…).
I think that it is correct for Wyze to invest in its own technology (and not pay royalties to others), but I think it would make a lot of sense to build a Zwave controller that works with his own technology as well…
I understand the willingness to produce an ecosystem, but even my ATD controller interfaces with my Zwave things, and Nest termostast, etc…
So why Wyze not?

Zwave: Proprietary. Silicon Labs is paid royalties for every chip sold, or SW stack used, or something. There is a revenue stream for Silicon Labs. That cost is reflected in the resulting product costs.

Zigbee: An IEEE standard. It has a focus on battery operated devices so demands very little power. Equivalent devices tend to be less expensive since no royalty payments are required.

I look first for a Zigbee device and only look for a Zwave device if I can’t find the needed Zigbee product. I have found Zigbee to be more reliable and responsive.

I only use the Wyze camera products. The price and performance are very hard to match. For all other purposes, I purchase Zigbee and Zwave products; motion detection, contact switches, locks, thermostats, security hub, etc, etc, etc.