there’s really no definition yet for cameras in the Matter guidelines. It’s not one of the two dozen or so categories that they have defined yet. There is a working group that is just now being formed, so we intend to participate in that.

Well then I guess we’ll see. One thing is for sure - Thread has nothing to do with it. Thread uses ZigBee frequencies and handles the low power stuff. Anything video is going to have to go over Matter WiFi according to what I see.

Very little out there about cameras. This was updated this month: 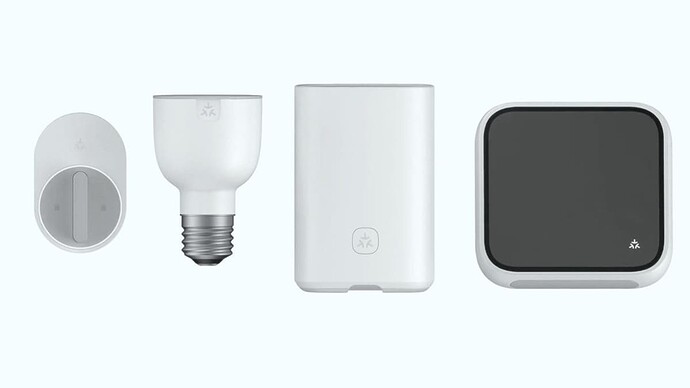 Matter, Explained: What the New Standard Means for Your Smart Home

Which Types of Smart Home Devices Will Work With Matter?

Future iterations of Matter are expected to add support for home appliances, robotic vacuums, and energy management products (such as solar panels, electric vehicle chargers, and home battery packs). According to Chris LaPré, the CSA’s head of technology, security cameras are likely to be included in a future version, thanks to camera manufacturers like Arlo, Eve, TP-Link, and Wyze joining the CSA, but no formal effort has started yet.

Have you visited the Wyze Discord?

I despise other platforms. But I’ll defend ‘to the death’ others’ right to choose them.

Cheers, brother. May the wind be always at your back, may the sun shine warm upon your face, etc.

My short response, bolded what I believe to be the biggest issue.

Nothing heavy duty for my IoT network. Do not have to constantly reboot devices since deploying this device in a 3 story large sq ft home plus outdoor living space, and I have Wyze devices in the triple digits.

All the network problems I had (which were pretty minimal, Robot vacuum loosing connection once a week and switches not wanting to connect) went away when I tossed the ISPs rented “junk” router and deployed this modest router

I do have 2 routers (one modem) in my home though… One is dedicated purely for IoT home automation and security (Wyze) and the other router (less modest) for all else… gaming, streaming, and work.

How many years would you say one could reasonably expect to stay with a router once you have it operating ‘invisibly’ (router? what router? oh yeah, that)?

I expect five to seven years out of a router nowadays. And that’s with considerable overlap in technologies. Once we get considerable AI technology and development I can see that window shrinking considerably as well. Kind of similar to how phones nowadays are a 2 to 4-year cycle for upgrades even if you’re lenient and don’t want to stay in the exact cutting edge.

I have seen the rumors on devices but sadly they’re just rumors thus far. I want to say somebody posted something a couple months back but I don’t remember what it was. I can’t remember if it was a YouTube link or what. I wish I could remember what they called it.

Even as a maven I can honestly say that if there’s a router DVR or anything similar in the works I still haven’t gotten my hands on it. And I think there’s something (not sure on credibility there) leaked maybe it was an FCC link about something with a different frequency months ago. I have a horrible memory so did a quick search and I can’t find anything. But that’s all I remember. I’m thinking back now it might have been one of the newer cameras with 5 gigahertz capabilities.

If somebody knows something I don’t I’m all ears! Of course in this day and age with the abilities of Photoshop I’m rather skeptical of things. Lol

I expect five to seven years out of a router nowadays. And that’s with considerable overlap in technologies. Once we get considerable AI technology and development I can see that window shrinking considerably as well.

It’s not based directly on Device age, it is based on security and features as “makes more sense” as was mentioned.

In theory, you can continue to use any device of any age, even something from a decade ago…IF your device manufacturer continued to support giving it updates all the way up to or past Android 7 and iOS 12. I’ll elaborate on this a little for those who are interested and detail-oriented like me. I’m mostly just describing WHY there is an issue, not necessarily ideal…

I have seen the rumors on devices but sadly they’re just rumors thus far. I want to say somebody posted something a couple months back but I don’t remember what it was. I can’t remember if it was a YouTube link or what. I wish I could remember what they called it.

Some very fresh ‘news’ from Wyze staff the other day: What does WATCH THIS SPACE in caps mean? I speak Youtube but rather poorly.

OP @tomac14 at wit’s end with a stand-alone $100+? willing to pay a PREMIUM for certainty

@tbagcam at $0 (+rental fee?) for an AT&T isp-supplied
@customer banging his head against the wall (less) at a future $59 refurb stand-alone

Did I miss anyone? This maven-level detail is exhausting.

Well, you left out Tony - apparently not such Ubiquity after all. (Edit: slippery little amphibian added it.). And the frog telling everyone to get religion.

And the frog telling everyone to get religion.

You could do worse.

FWIW, the S.O. suggests the topic title be changed to something like:

Can a New Router Keep My Stuff Connected?
or
Can a Better Router Make My Stuff Stay Connected?

…to better represent the topic as it’s evolved (and generate more traffic.)

She has a hard time keeping her opinions to herself.

Waddaya say, @tomac14 , has this exercise been of much use?

The best time to distinguish male frogs from female frogs is during mating season. That’s because the bulk of the unmistakable differences dictating gender are most apparent during reproductive activity. In most species, both genders have similar appearances with few clues as to male or female. If the males of a particular species are colored bright or dull, then so are the females.

Although there are exceptions to the rule, female frogs are generally bigger and heavier than males. This makes sense, as females are the ones responsible for holding the eggs, and bigger females can hold more eggs (which potentially translates into having more offspring). Sometimes the size difference can be subtle, but sometimes it’s dramatic, with females three times larger than males (Odorous frogs [Odorrana sp.] from Asia are prime examples of this)

That’s because the bulk of the unmistakable differences dictating gender are most apparent during reproductive activity.

I have found this to be so. And yes, size matters.

Papua New Guinea has yielded what looks like the smallest frog species ever seen, just 7mm long, along with a marginally bigger relative.

Who would know small better than the Brits?

(He’s meaner than he looks, folks.)

I think the work I’ve done here is exemplary. Perhaps a little ‘Maven Wear’ is in order.

My S.O. tells me wearing the hat doesn’t make me a Maven. She’s so negative.

(Hurry, @tomac14, the thread’s getting away from you…

I think the work I’ve done here is exemplary. Perhaps a little ‘Maven Wear’ is in order.

Jester wear for sure.

Meant as a compliment.

I have a friend who’s a damn good artist and good critical thinker and he has no interest in insurance but needed it. He was really happy with the agent that visited because he made a good presentation of options then told him exactly what to do. My friend loved this. He was smiling over the phone when he said it.

I ended up getting the ASUS ZenWiFi AX (XT8) Mesh setup and have not looked back. It worked from the start with no tweaking and continues to function. My Notifications are fast as well as connectivity.

Looks like @spamoni4 responded most precisely to your stated wants and needs - with no qualifications!

He’s a Maven, his pick is backstopped by another (more voluble) Maven, you’re willing to pay a premium and Wyze has a router coming out but they don’t want you to know just yet.

And don’t look back.

I have 2- V3 cameras that do this, and of course it;'s always when I’m on vacation or 400 miles away.
I do have 2 other V3 cams that are fine, and they’re all the latest firmware

if the product does not properly negotiate, respond, and recover from network issues…that’s entirely a firmware issue.
resilient embedded systems use effective event logging (none on wyze cameras) and other recovery methods to increase it’s availability/reliability.

And therein lies the faulty reasoning. It’s easier to treat the symptom of the illness then it is to differentially diagnose the source cause and cure the disease when one doesn’t know where to or how to look for it.

If it is being caused by network issues, as the overwhelming evidence laid before you in the 70 preceding posts suggest, fix the network issues. But, it is far easier for some to blame the peripheral network clients for not being the supercomputing holy grail of IoT we have all delusionally fantasized them to be.

Please find me the $30 rock solid bulletproof cam with your resilient embedded systems that can handle 100% uptime HD streaming on any crappy network or ISP out there, with the CamPlus features Wyze has for $5 $1.25 a month, and you will have my attention.

This is V3 of the Wyze camera. IMHO, being low cost doesn’t mean is has to come with bugs, like failing to connect and the poor audio, on all versions. My cheap broadlink rmpro is always connected and it was dirt cheap. I haven’t rebooted in …I don’t even remember.