Time for the Wyze Watch line to make its (official) debut! Will you go big with 47mm or keep it modest with 44mm?

Both of these lightweight slabs of aluminum are matched with powerful software and sensors. Use them to track your health info (including blood oxygen level and heart rate), control your smart home through Shortcuts, and to stay connected for up to 9 days on a single charge.

Both sizes are only $20 with preorder. Hurry - you’ve only got 3 weeks before preorders end! 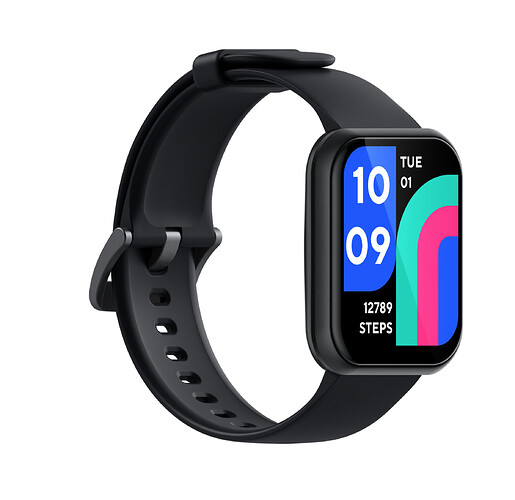 This looks pretty cool!
As of 10:11 PT, all of The add-on bands aren’t adding to my cart. @WyzeGwendolyn
Edit:
As of 10:20 PT the additional bands can be added to your cart! Great job @WyzeTeam!

@Brlepage, we’re working on it now!

Will it work with Alexa in the future?

No, this product doesn’t have a microphone or speaker so it is not voice assistance compatible.

What is the thickness of the watch(es)? Didn’t see it anywhere in the specs.

Does it vibrate or that whats meant by motor?

The specs on the different sizes differ somewhat in terms of MCU and RAM. Is one of the watches more capable than the other? It would seem that the 44mm has an advantage in both categories.

Webpage shows same screen size but different battery size. Should be the smaller screen size I would imagine on second entry.

Just a heads up.

In short, it’s more of a basic fitness band with a big square display, rather than what is normally considered a standard “smartwatch” nowadays. If they open up the API to third parties (in the AMA they said they working on API for their devices), then you could possibly make a little more use out of some of its features (the passive tracking, etc). Still, it is an amazing price, and it looks really nice. This is a really great inexpensive item for some people that looks good and has basic features, and for others it doesn’t quite have what they want or expect in a smartwatch. It totally depends on what you want to use it for, and your own preferences. I’m just answering a lot of common questions and assumptions many people want to know to help make a better personal decision for yourself.

EDIT: Wyze has officially affirmed that the Bluetooth for these watches is indeed 5.0, and that the earlier FCC submission saying 4.0 will be updated. Wyze made a great decision to make that upgrade before launch! It is a significant positive.

Twenty bucks? Seriously? Are you trying to make EVERYONE buy a couple? Nice price point!

Edit: hmm, no speaker at all…

hey WYZE that is a good question
is the smaller watch more capable?

@joshridl, which area are you wanting information on? I’ll go digging!

@timothynott and @bloodbot3n1, there are some small hardware differences between the products but they are very similar.

@eckmannmiles91, thank you! You are correct.

Very interested in this as well. There seem to be a few typos on the info pages, so I am hoping these are actually reversed.

thank you ma’am
for the reply

Curious on the thickness of the 44mm myself. 47 seems a little big for me personally. Thanks,

This is the info I am particularly interested in. If we could get more info on processing speed and ram for each size.