Wyze Thermostat Heats but no AC

My heat works perfectly, but the AC does not kick on at the unit outside. The maintenance tech here confirmed the AC works properly as he forced it to turn on outside and it worked perfectly. It seems my wiring for the AC is wrong somehow and I’m pulling my hair trying to figure out what is wrong. Any experts able to share their thoughts on what my might be wrong?

Fuse on control panel is good, AC unit works when turned on manually from the unit, no tripped breakers.

The cable from the Thermostat also has a blue and brown wire that are both unused and not attached to either the thermostat nor the control panel or adapter.

I tried swapping the red Y wire from outside and put it on the control panel instead and moved the yellow Y wire from the Thermostat onto the C-Adapter, but then the thermostat would not turn on altogether, so I put it back how it was. 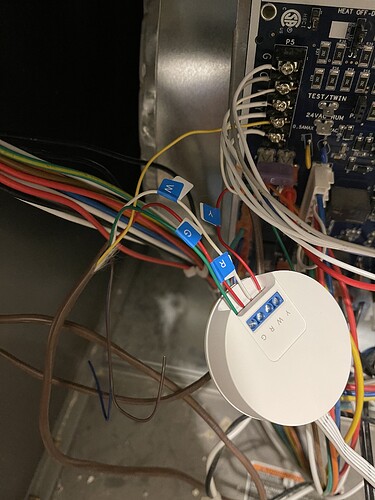 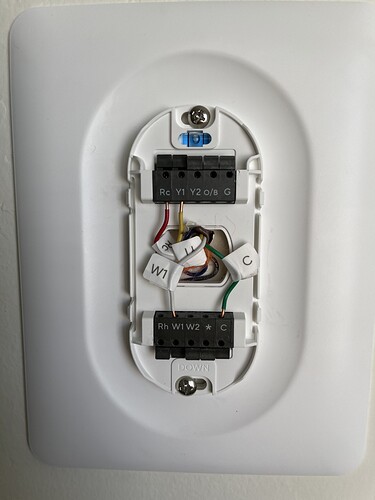 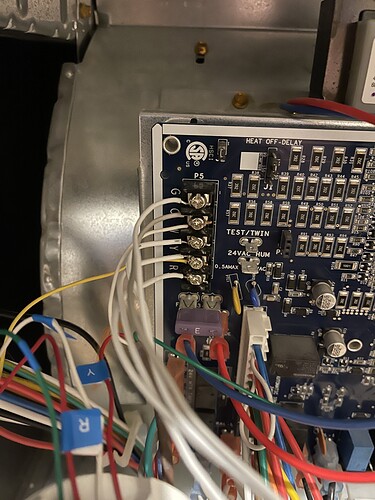 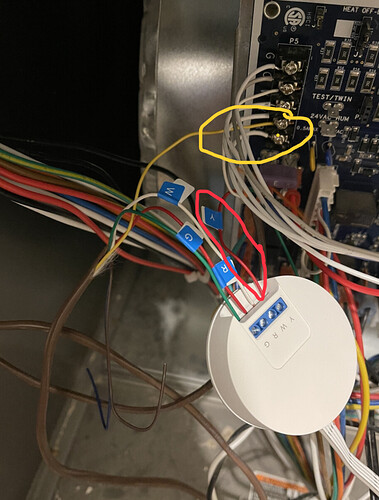 If you have a blue wire in that same bundle that is unconnected both at the thermostat and at the air handler side, you can connect it to the C-terminal at either end (Wyze Thermostat and air handler) and you won’t need the C-adapter.

Yep! That solved it. Made sure the Y from the Thermostat cable was on the adapter and the AC unit one on the control panel. Running like a dream now. Thank you!!!

I am having the same issue, can anyone offer a suggestion? I assuming I just made an error in the wiring. 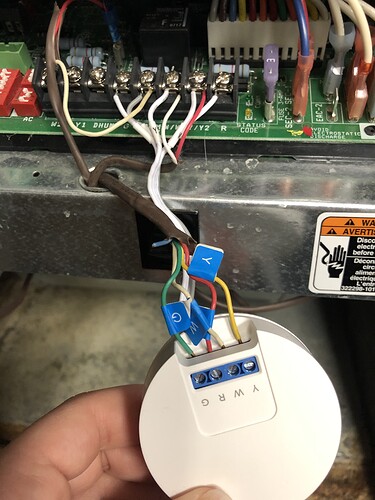 Before picture for reference 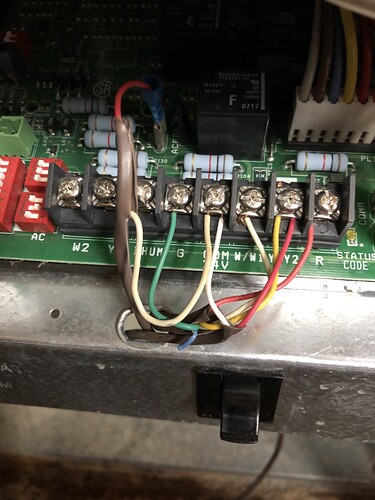 Do you see the red/white wires that come out of the same bundle? They come from the A/C unit outside. After connecting the adapter, you connected the white one from those two to the W terminal, but it should be connected to the COM terminal.

It also looks like you swapped the Y and W wires that come from the adapter and go to the furnace terminals, based on what I see on those white wires.

There is no “open” spot on COM, it already has the gray from the adapter and then the cream from the other bundle. Should I remove one of those?

You can have as many wires attached to Com as you want, it is the common wire.

As vincent said, you swapped the Y and W wires from the C adapter, and you moved the white wire from the red/white pair that was attached to C to the W terminal. You must put each wire on the correct terminal or it will not work.

There is no real limit to the amount of wires you can attach to a terminal. Just unscrew to the point that you can fit all three under the little metal plate and tighten back up, that will work. Just make sure all wires are securely connected.