My Robot vac stays in this cleaning mode after first map, and I’ve no idea how to fix it. I’ve tried delete device&add it back - doesn’t work. Tried reset map - doesn’t work.

And the robot vac IS NOT CLEANING - it’s docked at the charging station, which also makes me believe the 77% charging is inaccurate

I’m having the exact same issue, except my battery level is 48%. I’ve reset the wifi, deleted the device from the app and preformed a few factory resets. All with the same result. Almost as if the device gave out info to the app in a last gasp before the battery died and it remains even after the device has been deleted and reset to factory settings. Once it is connected again to the app, the old info, cleaning reports etc show up as if it never was deleted and reset.

I have the same issue as well but at 42%. It says cleaning even though it is at the dock and should be charging but it’s not.

The only thing I can think of that caused this was that while it was charging between cleaning, I opened the dust bin to clean it out. I put it back in and thought everything would continue but apparently not…

FYI - I test beta versions of the Wyze app on my Android phone. Not sure if that has anything to do with it.

How do you reset the bot?

I am also having the exact same issue. My problems started at the exact same time last night as the first person that posted. I just got my robot vacuum yesterday when this all happened! Im new to wyze, but my hubby has a few smart plugs that work great. I set up the vacuum and waited for a full charge. Ran my first mapping, and then it all froze up. I also have tried everything i could think of to clear the data, but when i sign in to the app it still says cleaning. My robot is definately not doing anything as the app keeps saying it is. Its just resting on the charger at the moment. Any fix would be greatly appreciated!

Somehow it shows charging to me today and I tried cheaning(&mapping) and everything works. Not sure if they updated the app

I’ve got the same issue…and tried the same resets. My vacuum will clean and follow the map, but it doesn’t seem to be fully showing on the app. I know it’s communicating as movement shows on the app, but it’s stuck saying “Cleaning” at 54%.

I’m having the same always cleaning with inaccurate battery level as everyone else. I also reset the vac, deleted and re-added to the app.

I just got the same issue. I didn’t bother to reset it, since the reports here suggest that doesn’t work, but I did turn it off and back on again with no luck.

I will say that I think in my case the bot may have lost internet access just as it was returning to the dock, but before the vacuum actually docked. It was a blip, but I know we were without internet for perhaps 5minutes starting just before the bot docked.

Not sure how to reset this condition properly. It does seem the vacuum successfully reconnected to the internet.

Continuing the discussion from Wyze Robot - Always in CLEANING:

Same thing with my bot. Received today, allowed to charge fully, Ran thru it’s 1st cycle, returned to base to recharge , bumped around 7 or 8 times trying to hit the leads. I finally manually placed it on the charger. the app is stuck with status 1% battery and “”return to charge to continue cleaning”. as with the others, deleting device and re-adding, rebooting app, rebooting phone, nothing changes the display I described above.

Same issue here. Tried to factory reset. Cleared map. Cleared app. Pretty much everything. Nothing works. It is stuck at “cleaning” with some fictitious numbers for area, battery & minutes. This is even after the vacuum says it completed and returning to base. I think some basic quality control would have helped! Hope they will rectify this soon. I didn’t get any response to my support tickets so far either. 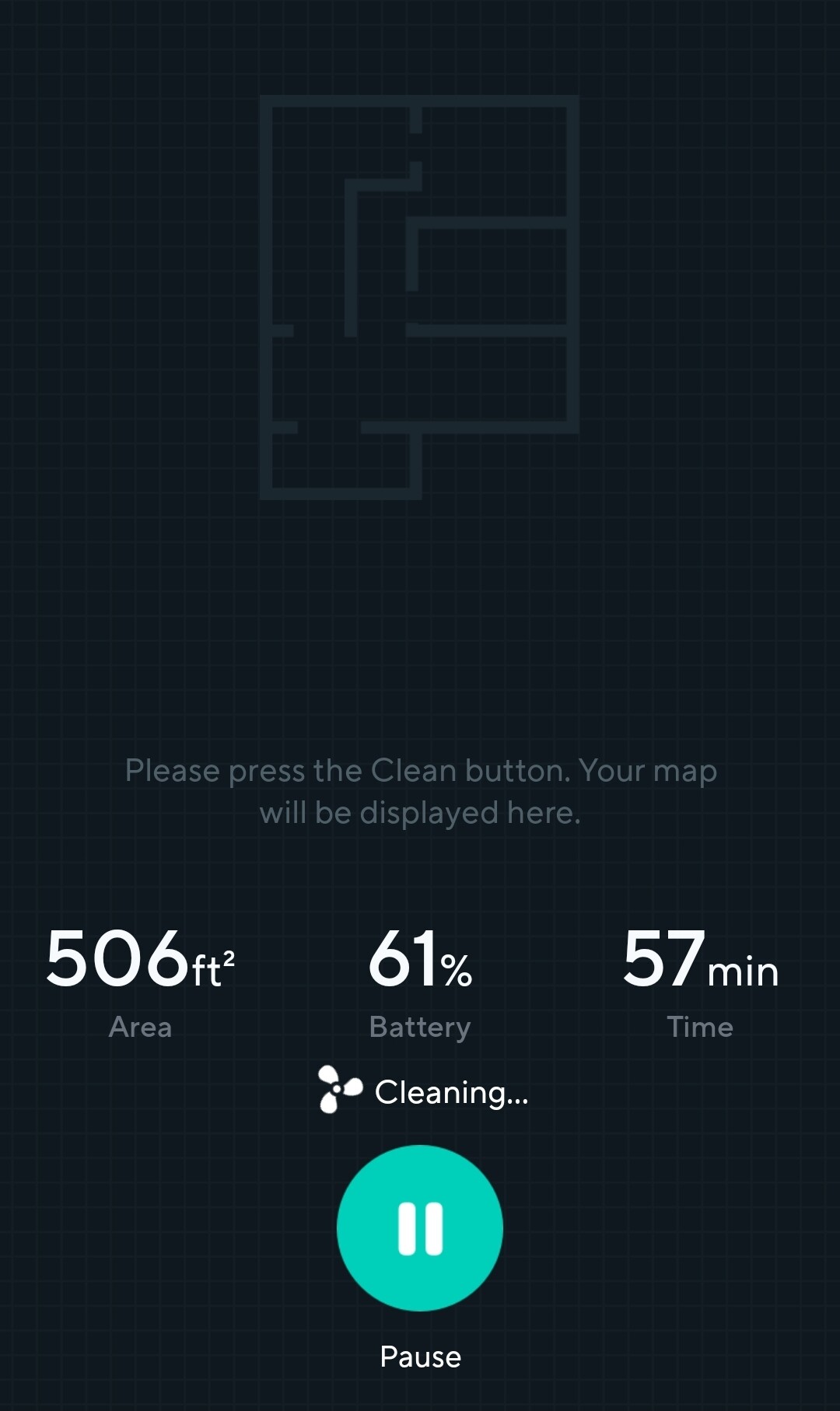 I have the same issue which started today. My battery shows 97% but is stuck in a continuous “cleaning” loop even though the vacuum did its cleaning & then went back to the charging station because it said had a low battery. I tried deleting the vacuum & reset. Nothing works.

My app is working again today. I dont have automatic updates turned on, so im not exactly sure how it got fixed.

I’m having this issue too. Has anyone heard from support about this?

Not a word yet.

My vacuum is useless until this is fixed.

No response from Wyze…totally useless

You can still hit the power button to initiate a cleaning cycle manually, but yes this is a pretty annoying bug.

Last night I manually started the vacuum, and about half way through, the app connected and today it is online and reporting the correct %. I have no idea what happened, but it’s ok now!

That’d be great if that’s what I wanted it to do.