I was so impressed by the pic quality and functionality of these cameras I bought a couple without noticing there was no support for Windows. I don’t know much about Droid.

Are some of these Android emulators running Win 10 workable? Thanks.

Well, BlueStacks has a $24/mo fee of some kind so I loaded up Nox, loaded up Nox and got the attached warning. It’s the only option for the Wyze camera on the Google spot.

What am I doing wrong Rick? 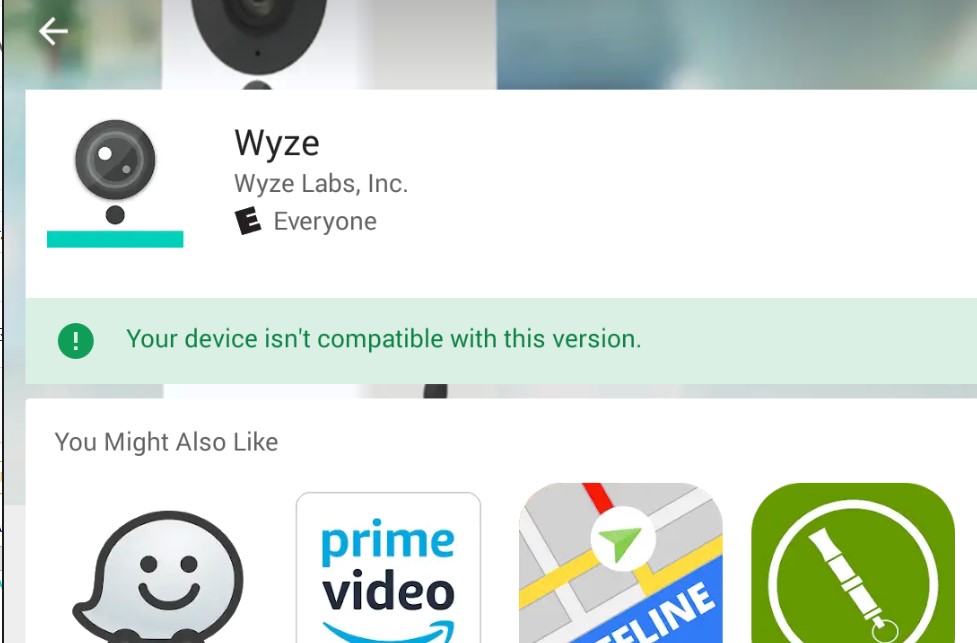 I haven’t used Nox so I have no idea. I have not been charged for BlueStacks on Mac. You can also try the TinyCam Android app, which can connect to Wyze Cams.

I downloaded and installed BlueStacks 3 for Windows today and didn’t have to pay anything. I was able to install the Wyze app as well as TinyCam and a couple of other apps with no problems.

I have been using TinycamPro for android and it works well. Setup is a it tricky to get it to properly address the cameras and it is best if you give the cameras a static IP or occasionally it has to be altered. My only use is to integrate a few Wyze Cams into my smart home tablet controller. I don’t know about auto recording to to a media server, but it seems as if it would work from there.