High local winds resulted in my tree needing major pruning to remove broken and dropping branches.
I was concerned that one of my Swann analog cameras would be bumped out of aim by the work crew. They would be careful, but if needed they would re-aim as directed. The phone app for the Swanns no longer worked because of superceded security sending protocols.
One of my standby V2s was setup to look at the display monitor with the Swann camera of interest set to full screen. Thorough the Wyze app the view of the Swann camera could be monitored. It worked fine and no bumping occurred.
Camera of interest. 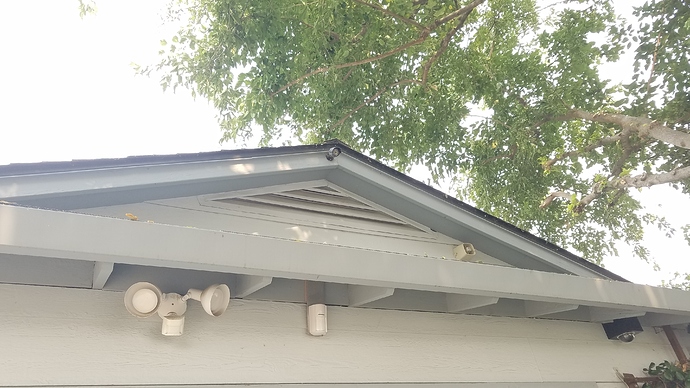 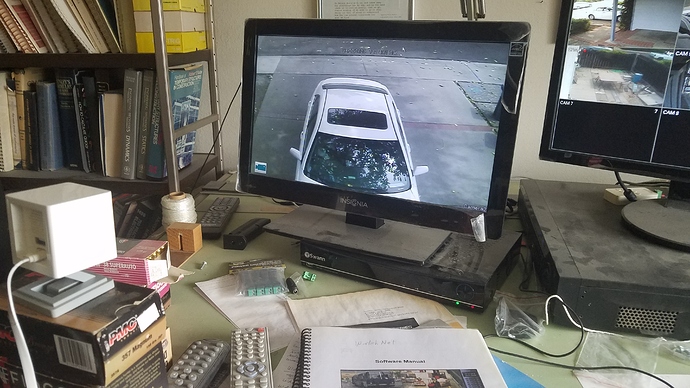 What the Wyze app showed. The image could be zoomed in. 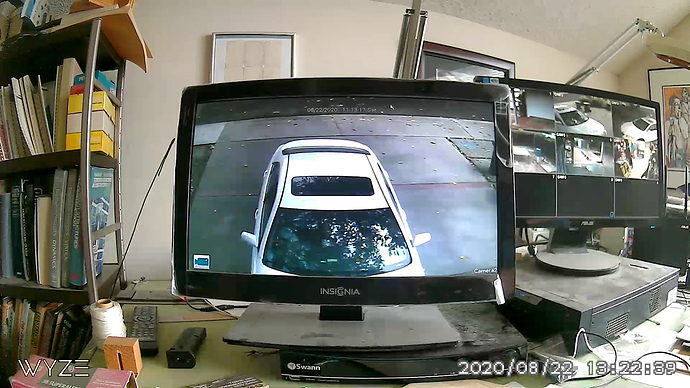 It looks like you’ve got quite the system!
If I may ask, what is the brand of the other DVR and cameras(s)

Hi Brlepage.
There are two older security camera systems, Swann (Bullet and dome cameras) with a Swann DVR and Honeywell (Bullet cameras only) the original Honeywell DVR crashed and was replaced with a Watchnet DVR. The Watchnet is a dual unit that can receive input from analog or digital cameras.
All of my exterior V2s tap into the power supplied to a nearby analog camera. The connection between the Wyze and the analog cameras allow easy central control management. Power adaptors are labeled with the cameras they power. For more information check out:
Powering V2’s with old 12 cctv systems
You will see more of the old and new systems and their tie-ins.
Victor Maletic.