The “Cam Pan” comes with a 1/4-20 tripod mount on the bottom, and I have applications where having the same mount on the bottom of the smaller Wyze cam would be very helpful. I came up with an extremely easy “mod” to add this feature. 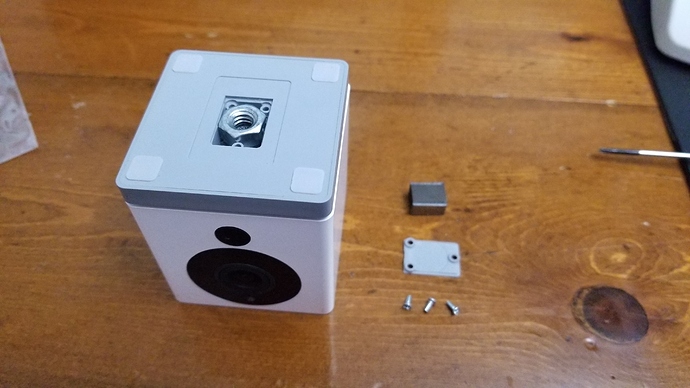 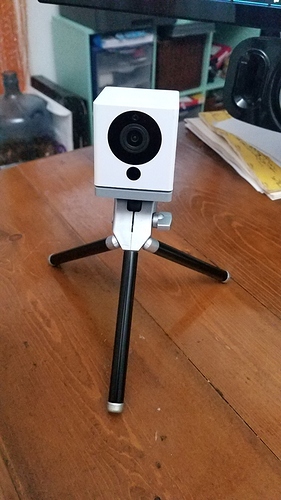 Nice mod! I have several of the flexible mini tripods that I use to mount action cams in various places, this would work perfectly for temporary placement of a Wyze Cam.

Great modification. For a little added security you could probably drill a hole in the middle of that square plastic bit that came off and screw it back on. That way if the glue came loose on the nut, the camera would just rattle around a little loosely, instead of falling off.

drill a hole in the middle of that square plastic bit that came off and screw it back on.

I like @nerdland suggestion placing the small cover back on would keep the nut in place.

I used medium CA (cyanoacrylate) super glue, so coming loose is a non-issue. If that ever came loose, I’d have to say that the camera would likely be a couple of miles away after the tornado passed through…

It seems the best solution would be to incorporate into the design a tripod mount in the center, with two magnets on either side of it so that either mounting option could easily be used.

I had the exact same thought.

Well, close to it anyway. I was thinking if the nut itself was magnetized, it would kill two birds with one stone. But either one would serve the same purpose.

An interesting note: lamp shades use a 1/4-20 thread just like camera tripods. So it would be easy to mount your Wyze can to the top of a lamp too!

That could be useful for people who are using them in a living room or as a baby monitor or something.

i had a similar thought but instead of modifying the cam, i bought a furniture flush /connecting nut and screwed it onto the post.
i have a glass mount which i use for my cam to time lapse my parking lot. 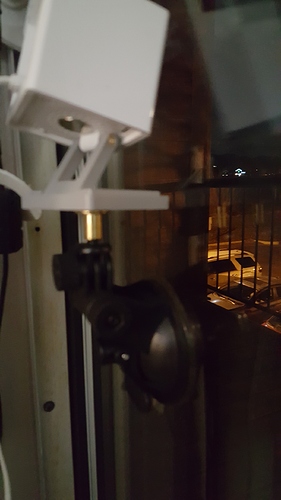 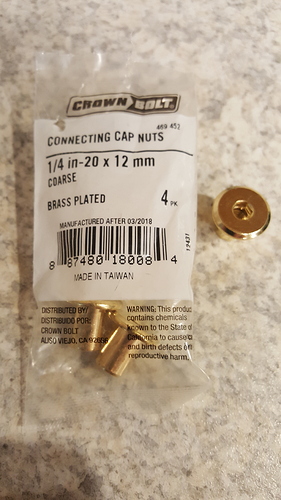 This seems like an easy 3D print project that someone can spin up quickly. I’m surprised this is not already available on Amazon. 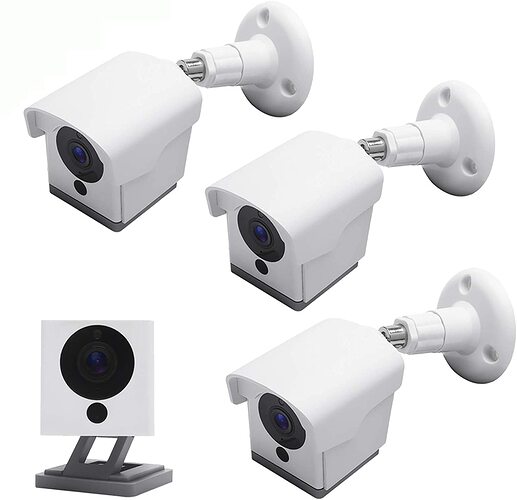 Note: Only for WYZE V1/V2 Camera, not for V3. Note: Voyaux is the manufacturer of Outdoor Weatherproof Bracket Mount for Wyze Camera. This is a mount bracket highly adapted to Wyze Camera V1/V2. This product DOES NOT INCLUDED Wyze Camera. Voyaux...

I love this simple idea

If the two washers used to shim up the 1/4-20 nut had holes enlarged to 1/4" dia. (maybe they are already large enough), you would get extra engagement of the mounting screw. Also, I would glue the washers together first and then them to the nut. This would create a larger ridged assembly to be glued into the V2 base.

You may want to check out
Simple V2 Tripod Mount Adapter, Two parts, No cam modifications.
A smaller piece of wood could be used.