I’ve recently just purchased a Wyze Band, and have worn it alongside my Fitbit for the past 3 days. I wanted to see how the steps count compares. I definitely trust Fitbit, as accurate step count is their bread and butter. The Wyze Band has been off by roughly 1000 steps per day the last 3 days. It’s a great band in all other areas (although heartbeat is also somewhat of a concern too). It’s a little unfortunate, although can’t complain too much, as the Wyze Band was a fraction of the price. Just wanted to share my results: 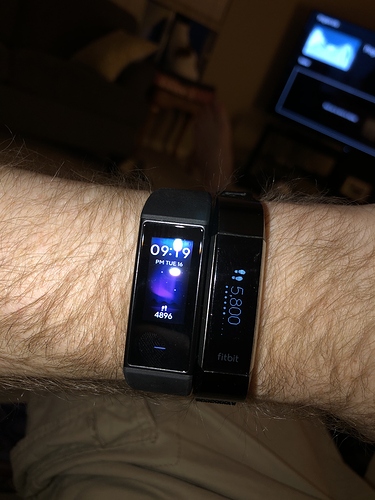 @mrittman, I know with the FitBit you can adjust your step length and maybe with the Wyze band if it has a step length, make sure both are set to the same length per step and check the numbers after that.

Ahhh that is a good point about Fitbit. As of right now, there is no option to adjust stride length with the Wyze Band. Maybe this is something that can be added with a software update?

Good idea. I would suggest adding it to the Wishlist, and don’t forget to vote for it-adding does not automatically place a vote!

Vote for it here!

My wife and I both have Wyze Bands and we think they are excellent products. There is one area, however, that needs to be addressed. Stride length is one area. My wife is very short and she takes a lot more steps than I do when we hike together. That, of course, makes sense but when we compare data she has a lot more miles than I do. That is because the mileage calculation uses the same stride length.

In the Wyze app there is a section on Health Data. It’s the area where your sex, age, height and weight are . I’m only guessing, but if you adjust your height, it probably adjusts your stride according to averages for your height. If you scroll down this site there is a chart showing average stride to height.: How to Calculate Stride Length By Height

Maybe it adjusts the stride with height but I’m not sure if it’s that sophisticated.