Cam Plus Pro is now Cam Protect with Video Verify to confirm threats. We also added a new Rule Explore Tab, optimized the camera onboarding flow for Cam Plus, and fixed bugs! 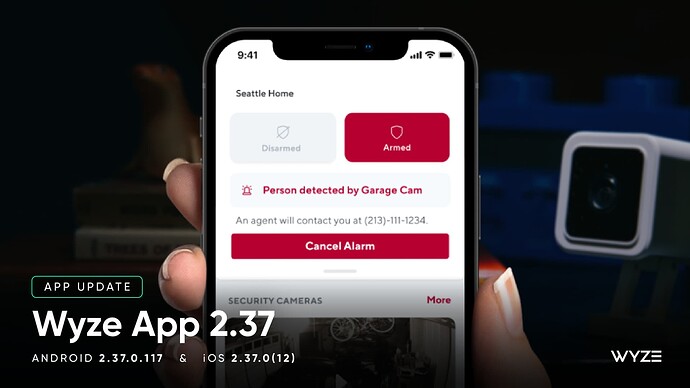 I love the new Cam Plus onboarding! If I already have Cam Plus Unlimited, it recognizes I have an open license, and instead of forcing me into a trial that I don’t need/want and not being able to remove it for 2 weeks, it now asks me if I want to apply one of the open licenses!!! I can’t tell you how much I love this flow update! I no longer have to close the app to avoid being locked into a 2-week trial when all I want to do is apply my already existing license. Now it just automatically does all that for me! It’s so awesome! Whoever came up with and implemented that, tell them I love them so much right now!

Oh that’s wonderful! I have 2 cameras I’ve been putting off installing because I didn’t feel like messing with it.

That’s funny, I’m not the only one who has done that then

It seriously makes setup much more enjoyable and saves me some extra steps too! That dev needs a bonus.

Posting this here because it is a bug in the production release.

Anyone having issues with adding Camera, Contact Senor, or Motion Sensor Groups to rules where the group is shown as “Unknown Device”? in the rule? I noticed the other day in my rules that I had a lot of things showing as Unknown Device. I then deleted and readded the device groups to the rules. Didn’t work. I deleted the device groups and remade them… didn’t work. Which leaves me to either specify “camera-by-camera, sensor-by-sensor”, every rule I want to set… which is way too tedious. or d…

Documented in this post, confirmed still active in Android 2.37.0.117

I am experiencing the same issue w\ Android Beta App 2.37.0.b116 I have 3 cam groups designated for actions within a single rule. While the “Turn On Camera” and "“Turn On Motion Detection” actions for the group shows, the “Turn On Notifications” action for each cam group does not. However, the rule does execute perfectly and each individual cam within each of the groups shows a successful execution of “Turn On Notifications” within the rules history. [Screenshot_20221119-002359-972] It app…

Push Notifications received for Cam Video Uploads from sensor activated rules (Smart Automations) do not link to the uploaded video.

The Smart Automation Push Notification states “Check out the sensor video”. However clicking the notification opens the Sensor, not the uploaded “Smart Video Alert” event video.

Are we supposed to use a different model ? I am looking to add a v2 camera (not pan).

Thanks. Is that an intentional change (removing wyzecam v2) ?

I don’t know. I don’t work for Wyze. I assume they lumped v1 and v2 together as they go through the same setup process. I just setup a v2 using “Wyze Cam” and it worked.

If you’re a beta tester, you’ll notice the same for v2 beta firmware opt-in… “Wyze Cam v2” has been replaced with “Wyze Cam”. But unlike adding a new device, firmware is unique so Cam v1 has its own beta channel “Wyze Cam v1”.

Again, I don’t why Wyze changed this as it’s confusing.

Agree, not sure why they went this confusing route especially when they still have wyze cam pan v2 listed

Adding a v2 camera using the “wyze cam” option worked for me as well.
Now to see if it stays connected/online as I have been having issues with firmware 4.9.9.1472 and v2 cameras

With Cam Plus Lite…

Thereafter, selecting the failed Event from the list downloads the footage without error.

It’s more annoying when swiping from Event to Event in Landscape (after which error you must back out to the list) than in Portrait. 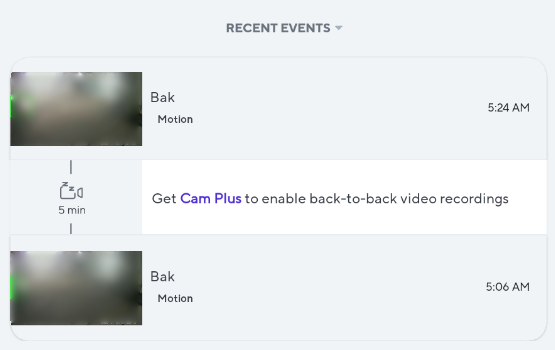 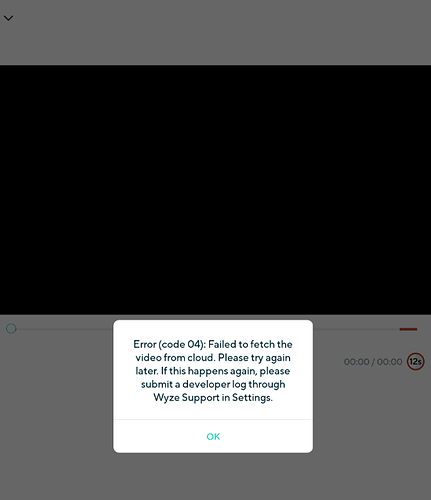