Why is it turning on?

So I bought a new in box sealed box V2 camera that included the SD card.

Backstory: I’ve owned over 10, bought and gave away over 30 so far and yet maintain 10 myself for about 3 yrs hit and miss.

Why is this new camera turning on by itself under .199 software?. The wife and I have purposely named it masterbed… to see if f nefarious actors capable of getting past whatever Wyze says is safe.

4 days straight. I have screen captures and videos showing the camera is off ( but we are watching it ) and yet it’s clicking on and off and capturing video.

How do we know? Because we bait it. We will move it to various locations, I test set it up half dressed show my bed, and then I act like I’m adjusting it…and I shut it off and cover the lens.

Just waiting… and boom! It’s magically turning it self on and showing the cover we place on itself and recording sound when every option of NOT RECORDING SOUND is checked.

I have 4 days of exposing this camera as turning on by itself based on suggestions of name…Failure named camera turned on twice by itself in 6 hours, Selfie named camera turned on once and MasterBed is turning on twice a day for hours at a time to which the wife and I are pretty upset that recordings of our voices are occurring for hours, hours of the camera documented with a cover on it using this name and it’s SUPPOSED TO BE OFF.

I swear the above is true, Off is not off and the only way we found out is by turning on the LED on function and then we started documenting.

Tomorrow I will name it like Toilet camera and record it coming on while app shows it off.

These events are real and show up in events and full length on the sd card inserted that came from Wyze.

FIX THIS…or I go to reddit and gatewaypundit and provide absolute proof that there’s a creep accessing our cameras.

Try it: name you camera some supposed private view and shut it off and watch how long before it comes on and records. We had to cover ours it became so prevalent 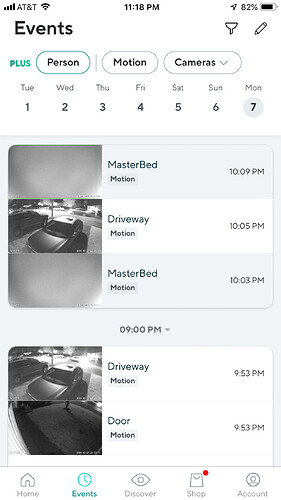 I’d really like to say this is a joke but it’s not. I have event proof and will take it much farther showing in a quiet location… the camera clicks on and off and you can actually hear it,

We would have never known if I didn’t turn specific camera that are placed interior to pour home to LED on. Once I found the new camera on when it was clearly OFF, it became a discovery of how and who.

I think I’ll name tomorrow’s camera Bathroom and use 4 other cameras instead of 2 to document it again. Wyze you need to fix this, it’s real and I’m pretty upset as is the wife who said not to trust anything including 2 factor authentication.

In screen capture from app, the camera is off and yet the alert sent said sound alert recorded and I grabbed this as it led me to a covered screen 12 sec video of my wife and I having a private conversation.

I have the sd card showing it bypasses app settings. 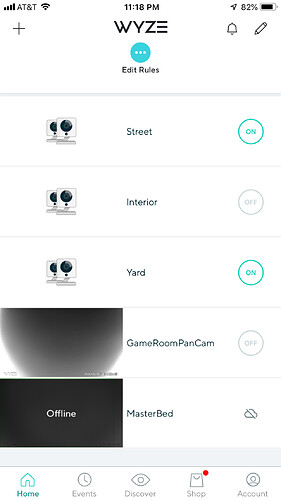 I have the associated video to the above screen grab. There is no way to twist this truth Wyze. FIX IT. It’s sick

The cameras never really turn off. This is a known behavior.

r/wyzecam - My Echo Show can bring up Wyze cams even if they are turned off.

No, you don’t understand or are deliberately gaslighting an issue.

I have sole control of the app and cameras. There are no other devices in the house that can turn on the cameras. I shut my phone off after setting the trap as previously described and they will come on and record video and sound.

We are using other devices to document this.

That is definitely not what I would expect. Could you please recreate this and send in a log and post the log number here? I want to get this to the team right away.

Thank you very much for reporting this.

No, you don’t understand or are deliberately gaslighting an issue.

Way to overreact dude. I’m trying to tell you that the on/off switch in the app interface doesn’t really turn anything off.