I would be great to be able to view the live stream within the Google Home App on a cell phone instead of relying on the Hub or Chrome Cast device. Yes the phone will have the Wyze app installed but its nice to have all smart device nestled in one place. The Google App already recognizes the Wyze camera, so lets view it now!

I totally agree with and I hope that Wyze will work towards this in the future!!

The Wyze cam shows up on the Google home app on my android phone but when I click on it says Video Stream cant be viewed here. If you have a smart display or Chromecast you can ask the Assistant to stream it.
Wyze home is showing linked to my google account.
My nest cam works great here. I can view the Wyze cam on my Wyze app and my Amazon show.

Any trick to get Wyze to show on the google home app?

Hi, any update on streaming the cameras natively from the google home app?

My Nest Cams stream great in the Google App. I was so excited to see the Wyze Cams at $25 a pop and advertised as Google compatible. I guess they are just not 100% compatible. Native streaming in the Google app would be a huge plus,

I’m pretty sure you are asking the wrong company. This should be a request to Google. Google set things up so that you need a Chromecast or smart display to view camera feeds. And this is not just with Wyze cams, but every camera that can connect to Google Home.

The Google’s API documentation about this suggests that it is possible to stream to a phone, but does not go into detail about it, from what I’ve read. Most of their documentation doesn’t even mention this as a possibility, though. If it is currently possible, it isn’t in the Google Home app, but in Google Assistant.

You can try telling Google Assistant to show you your camera’s feed and see if that works.

I agree. I recently linked my Wyze devices into my Google Home, but didn’t like this aspect you mentioned or that the Wyze motion detectors don’t work. Unlinked all my Wyze devices and had to reactivate them (which had to be done one by one for the cameras) and am back to using the Wyze app.

Add better support for the Google Home app. It would be nice for each item such as the Wyze Plugs to show up in the Google Home app so they can be turned on and off with the rest of my smart home devices. By doing this it also allows up to incorporate them into routines we setup.

Oh wow didn’t even realize this was under researching! Yes please wyze do add this, the google home app is an app I use on a daily basis and this would a great add just like nest.

Actually, I just viewed the live stream from my one Arlo camera using the Google Home app on my tablet. So it would appear that it is not the rule for all cameras.

Wyze Plugs are now supported in the Google Home app.

You might want to have a look at the TINYCAM Monitor or PRO app for android. I have several different cams and use this app to view them all. Many options and Fantastic developer support

Wyzecam v3 is my first non-Nest camera. One thing about the Google Home app “Cameras” page is that each camera’s preview is live. I’ve noticed that the preview is not live in the Wyze app. So, I would up the OP’s request to not only be streamable from the Google Home app but to include live previews as well. For many users, their main goal is to see what’s happening now, the sooner that info can be provided the better.

Now would be the perfect time to get this working Wyze…

With Google announcing that they are working on a Google Home desktop experience, this is the perfect time for wyze to work on the Google Home app live view integration to tie in with everything else since the Google home is the main app I use for everything in my house, https://twitter.com/madebygoogle/status/1443334968826949642

I have a Cam3. And I cannot stream to Google Home. This would be useful as I sream Nest cameras and Google Home on my phone helps me integrate all the info

I agree that this is a necessary feature. With all of the other devices that I can manage in Google Home the wyze cams are a disappointing exception.

Alright Wyze devs, hope you’re listening because with DOORBELL PREVIEWS being added to the at a glance widget (Pixel), live view in the google home is now an absolute must for this feature alone! pls 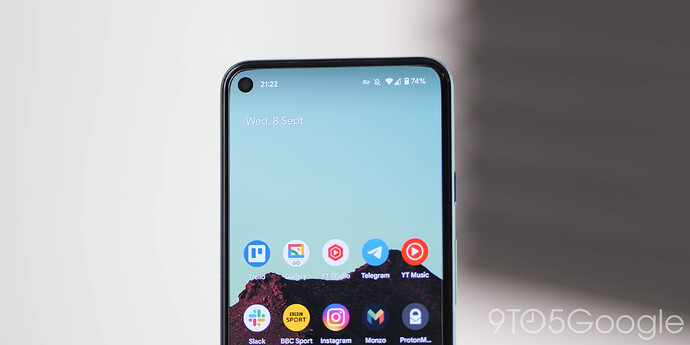 The Pixel "At a Glance" widget is gaining some new features as part of a Google app update, including video doorbell previews and more.

I’d love to see this feature added as well. When I’m at home, I’m not always close enough to view our Nest Hubs depending where I am and when I’m out and about I’d rather pull up the Google Home app since that’s where all our home controls are. Right now, things are pretty split for different use cases.

Got to make this a priority. Your products are the right price. My only motivation to continue buying Google’s expensive cams is this feature.

I have both Nest and Wyze cameras. I would love to see a complete integration on Google Home so that I can see the video stream on one application rather than use the Home app + the Wyze app.

[Mod Note]: Post was moved to this category for better visibility and consistency in grouping similar posts.