V3 Cam Quality, or lack there of

Not against the terms of use, AFIK, but if I were gonna do it, I’d make a notation in my pop-up profile to that effect, you know, out of courtesy.

As far as I know it is not against the rules, but announcing who it is would take the fun out of trying to figure out which peepeep I am reading posts from. Also Happy Anniversary

Why, I never… and actually I haven’t. Also thank you.

If we don’t learn from it we are doomed to repeat it. Please, let’s not.

Extremely dissatisfied with Wyze customer service; However, after 2.5 weeks it was made right and corrected Cameras

Just for future reference, is that considered acceptable behavior on the boards?

For me it ends up being 50% of my outdoor units. Indoor are fine so it seems the V3 is not up to being outdoors long term and with seasonal temp / humidity swings. They were fine initially for weeks aside from the last two new I just got that both were dudes out of the box.

Hey @Reefer , what is the range of those swings?

Well… ‘Insanity is doing the same thing over and over again, but expecting different results.’… but what’s even worse is to keep blaming others instead of problem solving and thinking critically. What number of cameras has to be “tested” before realizing it’s an environmental issue that’s different than the massive number being used and not having the same ratio of issues? It’s very much likely and most common that the local network hardware is not up to handling the capacity of the high definition streaming video, backing up online, etc etc. If it’s not even known how many devices are on the network and it’s not known how many devices and what amount of traffic can be handled… none of which was shared here to help troubleshoot… well, that’s the root of the problem that’s going to result in failure no matter how many times cameras are swapped out.

So… you think more complete information would be useful?

I like seeing that some of you like the Wyze cameras. I was a bit stunned by the number of complaints on the forum. So far, I am having some success with the WCO and V3 that I am trying out. I am not using the for security. I am using them to monitor bird feeders and other active wildlife sites in my yard. They have proven better than others I have tried because they have been rained on for several days and are still working. The battery life on the WCO is better than on the other small ca…

I had two WCOs. The first one died, yesterday, after 2 weeks of use. Smoke came out during charging. I build circuit boards and electronic devices as a profession, and my curiosity got the better of me, so I did a post mortem disassembly; this of, of course, voids the warranty, but I am not worried about that. I found a problem and reported it to support with a picture. The problem is not frequent in electronics, but neither is it unusual. I will say that, in my professional opinion, the W…

Update, since I started this conversation. The WCOs and v3s are looking good for my backyard wildlife observations. I am still have trouble downloading time lapse and scheduled recordings. I can get them off the SD card, but that means moving the cameras then setting them again, Events download OK. Event recording is better since I spent a lot of time experimenting with the settings. v3 is WAY more sensitive than WCO. I don’t like the fish-eye; the curve is too much. They are NOT working …

He only disassembled the WCO, not V3, but an interesting assessment of build quality from a pro…

How does that relate to the original rant from Reefer?

I have had my fist V3 camera replaced. When I look at the lens in my old V3 it looks like this. 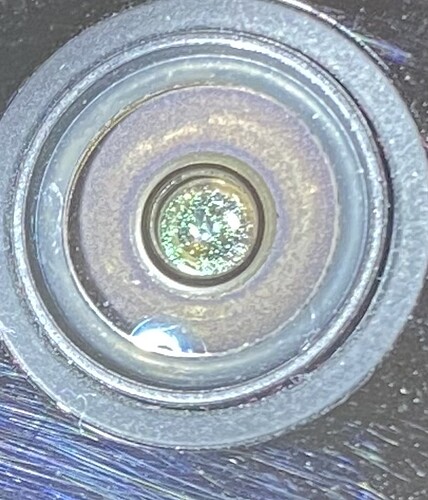 I am not sure it is moisture or mold inside the lens. My camera is not a seasonal temperature swing because even after a month of the same temperature it was still fogged up inside.
Plus my other V3 that is also outside and of the same age is fine.

So I was thinking is is a rare issue but it sounds like it maybe common or a bad batch.

My camera is not a seasonal temperature swing because even after a month of the same tempeture it was still fogged up inside.

I have also noticed the cable coming out of the new replacement V3 camera is an inch shorter than the original V3 I had.

I have to give full credit to Wyze for replacing the camera quickly but I do hope this will not be a regular occurrence.

I wonder if you take close up pictures of the lens in the cameras you replaced if they will look the same.

Contrasting two users’ evaluations of quality, one with a little information, and one with a lot.

Just to be clear… I am happy with the overall experience.
I had a bad camera and I contacted Wyze.
SAMPLE 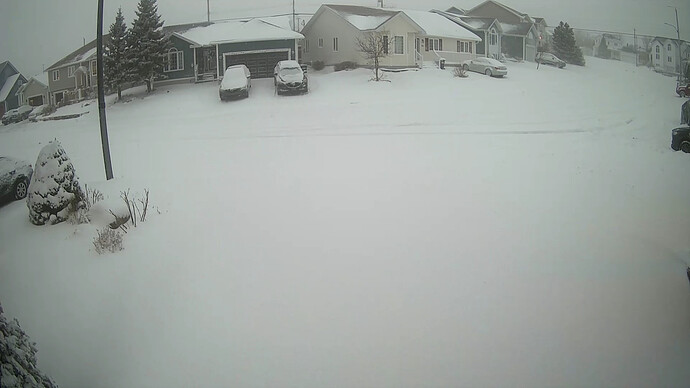 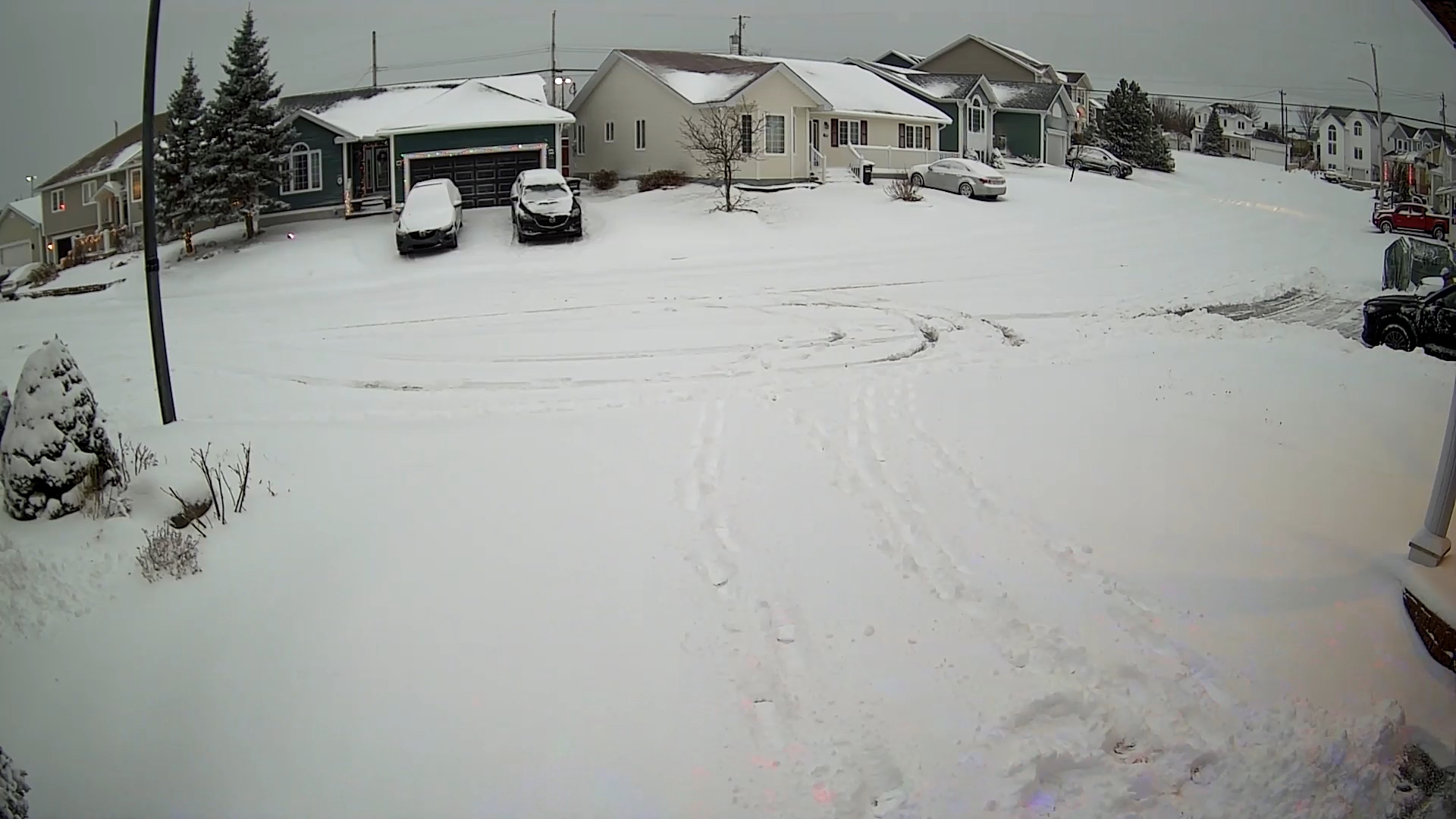 The temp swings are typical PA weather. The issue did not occur initially but popped up over months so leads me to believe a breakdown of the IP rating over time. Only issue were the ones directly exposed to rain, sun etc. Others are fine aside from the 2 for 2 out of box failures I recently received. I work in new product development of portable electronic devices for the industrial safety market and I know the effort and verification it takes to get it right. It is not just a matter of testing newly built product for IP resistance, but you need to consider degradation over time due to repeated temp and humidity cycling, UV / sun exposure etc plus part tolerances throughout the design. . Plastics, adhesives, rubber, electronics all are affected and selection for the application is key. For us it takes weeks, or months of testing including both simulated cycling and real world scenarios. Not sure what was done with this design so cannot say how it compares. The new ones I just got to be used outdoors I added the 3 year warranty via Amazon / Asurion for $4.99 so I will just get replacements / refund.

I see this on the inside of the lens that does not go away with time, even when moved indoors in a controlled environment.

From working with Lorex and a few other off brands, I have enjoyed the V3 cams mainly for their price, simplicity, and night vision. Between home and work, I’ve purchased around 10 of them and two have failed at one location where they run on solar power with battery mainly to avoid any length of wire because these are located at AM broadcast towers. Any length of wire pulls in too high of RF energy and they won’t work at all. However, it seems that when the battery runs low after several cloudy days in a row, somehow the low voltage or RF, not sure, bricks them. My new design will have a bigger solar panel, bigger battery, and a shut off when it drops too low. Wyze replaced the first one when I reported it - none us knew why it failed, and I haven’t reported the second failure, because I’m seeing a possible pattern. Most of you won’t have this issue. However, I wish they were more robust. Can’t have everything at this price point.

Interesting… Is this inner lens failure that I have seen as well. I am wondering if it was bad batch of cameras and something they may have since fixed.

The couple I had issues with were bought months apart. Have to wonder if the IP rating is not holding up over time, like the back speaker ports.

There is your problem, Amazon takes anything back, you probably got someone else’s duds.

No chance, they had the original seals intact.

Matches my experiences. 50% failure in the first year of service.

That statement alone is clearly indicative of a unique environmental or user related issues that’s causing a high ratio of issues.

For this accusation alone, Amazon does not redeploy products that are returned if the product is not sealed and unused.

I received used stuff from Amazon that was supposed to be new so don’t reply with, I don’t know what I’m talking about. Just a unique problem because you can get on Amazon and read customer reviews that state the same thing pal.