Thank you for your service. I didn’t have nearly as long as you, but here’s a pic of mine. 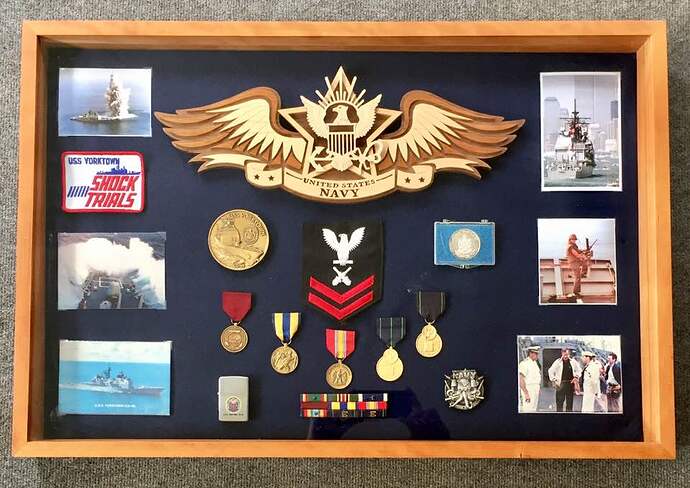 I’m feel better about them today than a few months ago, although much of the disappointment was on me for not reading thru the instructions more than once! Then again there wasn’t a ton of docs offered. I have 3 v2 cams, all with sd cards n cam+. The cards are recording but when viewing an album from the app, it doesn’t matter which camera’s album, the pics, etc. are all the same, like there’s only 1 sd card between the 3 cams. I would be very pleased if I could get the sd cards to record the exact same thing as the cloud events! Wish there was more than 2 weeks cloud and could download, and I agree that Wyze needs to get back to the basics and tighten up their cam line versus creating loads of new products!

This stuff is kind of involved.

And you should get roughly the same Events recorded to your local SD card as Cam Plus is uploading to the Cloud.

To access each cam’s SD card Events, tap View Playback near the bottom of the cam’s Live View page

When you are viewing any cam’s Live View or Playback and you tap Take Photo or Record, a still photo or video footage (respectively) will be saved to Wyze’s single Album on your device.

When you are viewing a Cam Plus Event and tap the Download icon at the upper right of the video, the entire Event footage will be stored to the System Gallery of your device.

More or less. I only have 5 active at the moment. 1 Cam Pan, 4 V2, 1 V3. My biggest complaints are the talk-back audio quality. When I try to speak from the app to any of the cams, it just comes out as a garbled noise. It sounds nothing like anyone speaking.

They also constantly crash when I try to view anything from the SD card. And sometimes they don’t even record anything on the SD card.

Over the last couple of years I have also had a couple of them die and one that was very blurry.

Other than that, they are what they are… very inexpensive cameras that let me see what my dogs are up to and let me know when someone is coming to the door.

Update, since I started this conversation. The WCOs and v3s are looking good for my backyard wildlife observations. I am still have trouble downloading time lapse and scheduled recordings. I can get them off the SD card, but that means moving the cameras then setting them again, Events download OK. Event recording is better since I spent a lot of time experimenting with the settings. v3 is WAY more sensitive than WCO. I don’t like the fish-eye; the curve is too much. They are NOT working for a project where I need to synchronize video clips. One problem is frame rate agreement with the time stamp. The WCO records at 15fpm, but the v3 is at 20fpm. I am learning about video editing for different rates to see if I cam resolve it. A second problem is that the v3 slowly runs fast, An experiment showed 4 second fast of real time after 14 hours. Apparently, it does reset to real time when it changes from night vision to day vision. I have not experimented on the WCO timing yet. Both have excellent weather resistance. I am liking the battery life on the WCOs-compared to others I have tried,

I use a wide range of Wyze products and all have been good except the Wyse Outdoor cam. I am on my second one and it just went. The trick is to not do firmware upgrades as they will wreck it. I slipped and did a mass update and boom. Won’t connect. Spent hours on resetting, starting from scratch, formatting cards, and everything possible. Got it working for an hour and disconnected again. I think Wyse needs to recognize their problems with this one and fix it. I wish getting help from Wyse was easier.

I don’t agree with the comment “ do not do firmware upgrades”. I have done every one on my 4 WCO since October 2020 without the cam killing issues. I know some members have had issues. My base is connected via ethernet and all the cams have a great signal with the furthest 40 feet from the base.

Wow…interesting we have over 9 hubs with 4 cams per hub at 9 locations and our service technicians do all the firmware and we have never had an issue with them,all cams have solar panels on them and our router does a re boot every nite at 3am…most sites are at a remote locations some at over 9,800ft so we got alot of snow at those sites.

I just got the Cam Pan V2 & the Cam V3.
They are both great Cams, especially for the price.
Lots of excellent functionality.

I was a bit more satisfied two days ago than I am today.

As much as i wanted this to be a great experience (Heck! i told as many people I could about this as soon as i heard about Wyze years ago …even before we could get it here in Canada) but it has proven to be one of the biggest let downs i can recall.
While I feel bad for myself, i feel 20 fold worse for my sis-inlaw in California. Visited her after her husband unexpectedly died. She told us that someone tried to break into her home. Knowing that she was in a financial bind, I assured her that Wyze was an inexpensive way to go to monitor her home and went out to buy 3 cams, which i installed around her home. This lifted her spirits. There’s been a few suspicious things that she wanted me to try to find on her cams. NOTHING EVER found. I have SD cards in them and don’t even catch her and her kids coming/going, not the mail man, not the paper boy, NOBODY EVER! Now 2 of the 3 cams stopped working. I had bought the holders for them to be protected from the elements there in California, but 2/3 are DEAD. We’ve tried tons of things. They are dead.
My own experience has been AWFUL. I don’t want to give up though, especially after telling os many people over the years that they should get Wyze.

KeyTel -
Since my purchase of the first few of my seven cameras in October of 2018, I’ve had a lot of excellent performance, but never without interruptions due to periodic failures and malfunctions - some of them long-lasting and infuriating. Meanwhile (this is 12/26/21), I’ll paste below my new post, along with my own afterthought as a reply, at least to let you know you’re not along (which responses to your post must have already assured you). Good luck.

First of two:
“Around 12/23, when I opened the app, I was prompted to update my firmware. Having felt burned by new glitches a couple of times in the past, I’ve hesitate on occasion, but always finally succumbed and updated. This time, I obediently updated immediately. I have 5 V2s and 2 V3s with Cam Plus. In the ensuing days, those 2 V3s show “This device is offline”. If I then click on them, they “wake up” and work fine. It’s just an irritation that makes me feel that these updates are not tested before pestering users to update. Compared to the missing detections (about 50% of known events), I guess it’s minor, but it sure adds to my reasons for not buying Cam Plus for all my cameras. Not ready for prime time.”

My own reply to my first post, minutes later:
“Hey - should I add that my SD card data spontaneously stopped being saved? Or that clicking on “format” doesn’t format the card? Or that my jumping in front of a camera and waving my arms doesn’t trigger an event, even after restarting the camera? By the way, that same camera detects my walking by an hour later (because it feels like it). Missing 50% of known detections is not acceptable. I’ve bought an expensive router that gives me strong WiFi to my cameras, so that isn’t the reason.”

That sure is a weirdest thing I have heard about wyze cams this month,I never close the app due 2 many reasons, yesterday I tried to add 1 V3 so I first tried with my Samsung Galaxy note 10 +,and I tried it 3 times and it said cannot connect to network,so I tried my Samsung tablet same issue no go,so I got out my old iPhone 8 and it worked

I have found the Wyze cam and app to work very well. I also have some $200+ Nestcams which have their challenges as well. It is always possible to rant. I have found Wyze to be very helpful in a timely manner with the few concerns I have had so far.

It is always possible to rant.

The v3 cam with the RTSP firmware is all I need and they’re working quite fine. I can get 4 v3 cameras for the price of one Nest IQ Cam and I hate my Nest cam. It goes offline way more often and the night vision is terrible. We just went through a cold spell of -40 in Alberta and my v3’s outside have survived and functioned just fine.
I’m gonna sell that Nest IQ Cam real soon.

One of my two outdoors cameras died after 18 months of use. I understand they are in expensive but I expect better longevity out of a product. I will not be replacing it with another Wyze product

I had gotten the Wyze2 a year or so ago. I used it for awhile, but ended up giving it to my daughter when I got the 3. They hooked theirs up in their house to watch the dog while away and it’s working just fine. I didn’t like the lag time on it, but it must’ve gotten “fixed” after a firmware update. After hooking up my 3 it also had a lag time, but with one of the last updates that was corrected, which I was happy about. It also is much better at recognizing people, motion, and pkgs. I’m satisfied with it being on my back porch since the distance isn’t that far from the subjects. Didn’t like it for my chickens because of them being a little too far away and the range was also too far away.