When I first received my wyse camera over two years ago I thought the company was brilliant and into cutting edge technology. I was wrong. This is a company trying to do the quickest money grab with low quality Chinese hardware. The camera initially came with features like ai to detect humans and motion detection that kind of worked. A couple updates later and nothing works great. I soon found myself having to program other sensors to make sure wyse was actively recording correctly, it was not. And then I got dragged along like a donkey chasing a carrot with a new and improved outdoor model. Two years later and still nothing, then I read the FCC filling and find it’s a poorly modified version 1! Totally not worth the wait, many features requested in the roadmap aren’t being used because they don’t care about customers. In the meantime Wyse has come out with a Chinese bulb, thermometer, scale, watch, home plug and now other worthless crap I didn’t need from my surveillance company. I notice more [mod edit] social media crowd controlling employees posting for them on the forum than I do technology driven individuals who want good working products at a decent price. I would buy and have issued Chinese models like hikvision, dahua and reolink for a little more money, they all perform better and last longer. If some of you are confused, buy ring or nest and pay the monthly fee before using this. This covid cash grab with the thermometers is the last straw. [mod edit]

You have hit the nail on the head - Why I am trashing broken units and replacing with other brands. The Wyze stuff isn’t even worth the cheap price they are asking.

everyone’s entitled to their opinion…

You came to the Wyze community forum to tell everyone to not buy the product they already have.

you want them to rush it & release it w/ bugs?

This is spot on… This is what most camera makers do. I appreciate their time put into quality. Well worth the wait to me.

There are currently more bugs present and arguably less features than two years ago. Want rtsp?? Just load this firmware that restricts everything else because we put the bare minimum cpu in it. Want to keep the same position on a pan cam? Don’t even think about it! Want to be notified of movement accurately? Want to view two or more cameras at once? How about a browser view for computers? I could go on and on with wyse/wyze. Funny you say they’re not a surveillance company when I bought surveillance cameras from them… [Mod Edit]

rtsp was never a feature at launch, it’s bonus, be happy u have it at all, or go buy another cam that has functioning rtsp to your liking…it’s that simple. People buy a cam then complain it doesn’t do what they want it to, features that are not advertised, then Wyze adds said feature & people still complain, some ppl are just never satisfied…smh

less features than 2 yrs ago? please, I’ve been a customer since they 1st launched, there are way more features.

my 2 pan cams stays in the same position, not an issue here

I can view multiple cams, it’s called a group

I can view on a pc using tinycam

not a employee or paid, just a satisfied customer

I will never buy a “Wyse” product. You have my word.

Um, those aren’t bad, they’re engineered to be tanks, and they preceded Wyze by ~ 40 years.

Wyse Technology was an independent American manufacturer of cloud computing systems. As of 2012, Wyse is a subsidiary of Dell. Wyse are best remembered for their video terminal line introduced in the 1980s, which competed with the market-leading Digital. They also had a successful line of IBM PC compatible workstations in the mid-to-late 1980s. But starting late in the decade, Wyse were outcompeted by companies such as eventual parent Dell. Current products include thin client hardware and sof On...

It hasn’t been 2 yrs waiting for the outdoor cam, you want them to rush it & release it w/ bugs?

I mean looking at their recent releases that were supposedly not “rushed”, I’m not sure either bodes well.

Wyze Door Lock-Auto Lock and Unlock as well as Door Open/Close sensor is still buggy/unreliable at best.
Wyze Band-Had to scrap the planned launch of it due to persistent issues after pre-selling god knows how many units to gullible Wyze fanboys.
Wyze Pan-Tracking STILL doesn’t function as advertised and is all but useless as a feature.
Wyze Sense-Open close sensors literally brick if the battery dies in them and are unable to be revived.

I did say there have been bumps in the road. my wyze lock has been working great, not perfect but no complaints. the band did have issues but the past 2 firmware updates have been working great. I’ve had batteries die on my sensors, never have they bricked, that’s just a farce.

I always liked the amber text

Find many great new & used options and get the best deals for WYSE WY-55 (901237-07) Network Terminal at the best online prices at eBay! Free shipping for many products!

But more on topic, yes there have been bumps in the road, but none fatal yet, IMHO. Wyze has to tread carefully and maintain tenacious focus like Bill Gates did - he often released problematic (to be kind) products, but never stopped trying to improve them.

If anyone remembers how horrid Windows 1 & 2 were before Win 3.1 and Windows For Workgroups 3.11 actually became usable in large business environments. And then how quirky and unstable all that looked compared to Windows 95, Windows NT 4.0 and Windows XP… And Microsoft is still around after many many missteps like Bob and the every annoying paperclip…

OTOH, we don’t hear much about the once ubiquituous and almighty Novell these days…

So what worries me is NOT the frequent rough spots as Wyze tries to maintain and improve the camera line, but all the complaints I see posted about shipping and quality of the health care products. Dividing resources, lack of laser focus and poor customer services are key ingredients for startup collapse. I hope it’s not the case here, but they are often early signals of big problems behind the scenes… 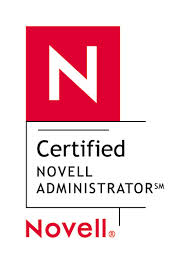 That’s sort of an oxymoron.

I can only hope that Wyze follows Mr. Bill’s example and when credibly accused of monopolistic ball-stomping negotiates a settlement whererby I was mailed a ten-percent discount on future purchase of MSFT products. What a mensch!

Ruthless is as ruthless does.

(…and now he’s my DOCTOR in the bargain, have we all gone mad?)

Speaking of medical, minutes ago I just received a new email promotion for the Wyze band and scale, but alas, no 10% discount code…

Coincidentally or not, my ignored-for-hours Android phone on the desk sounded off two alerts just seconds later. Turns out they were two Wyze alerts - one for an event 30 mins ago, and the other for an event an hour and forty five minutes ago. I could almost wonder if they do all of their mailing in batches? Or maybe AT&T does?

( wyze app was just minimized, not fully closed out)

to be fair, those health care products aren’t really “wyze products”, I know they’re trying to be helpful during this covid situation but I’m not sure why they decided to open themselves up to unnecessary scrutiny.

Coincidentally or not, my ignored-for-hours Android phone on the desk sounded off two alerts just seconds later. Turns out they were two Wyze alerts - one for an event 30 mins ago, and the other for an event an hour and forty five minutes ago. I could almost wonder if they do all of their mailing in batches? Or maybe AT&T does?

( wyze app was just minimized, not fully closed out)

there’s a couple of threads about this, I’m still not sure if it’s a Wyze issue or Android issue, I lean towards Android being too aggressive to save battery life but there is a workaround, using a ADB cmd to disable doze on Android…since I’ve started disabling doze my notifications are instant.

What stands out is the event recently reported in the forum here that after multiple attempts a customer finally found out that the product they ordered had never been in stock and that the manager had been explicitly telling staff to lie about it. That sort of thing is cultural. It’s rot from the top.

*chuckling
Agreed… I’ll stick with Wyze.
the Wyse days are hopefully loooong behind me now.!

This is a weird/funny post. I bought my Wyze cams a month ago or so after my fire pit was stolen out of my backyard. My boss had recommend them to me for the price and had used one as a baby monitor with happy results. I decided to go with Wyze because they were US based and not affiliated with the big data grabbers. I’m incredibly happy thus far. There are shortcomings and things I wished the product did but for the price and ease of use/setup, I could not be happier.

Me either. Hate that Wyse stuff.

Yi Home 1080p for one. (currently $21.49on Amazon)
I own 4 Wyze cams and 2 Yi Home 1080p cams.
So, far the Yi cams have been much more reliable and almost always have better pictures and smoother video playback.
The app loads Yi cameras faster than Wyze.
My main complaint about the Yi app is the nag ads promoting their cloud service, which you probably don’t need. Yi cams stay in the 1080p mode.
You can review your video without removing the SD card

You can review your video without removing the SD card

I am able to do that with WYZE