V2 not working with alexa

I have 3 v2 cams. 2 running cam+ I used to simply tell alexa “show me the gate” and the wyze app would open on the TV, or my Echo Show and the gate camera would appear. Now all of a sudden I get the message “Gate isn’t responding check wifi and power supply”. The other camera I have is working fine and responds to the alexa command. Web view also no longer works on the gate cam, but here is the rub: all my wyze cams respond to my wyze app on my samsung phone. I had a long session with support and they ended up giving me a coupon to buy another cam which was nice, but it still seems that threr is somethng happening that I do not understand. Any help would be appreciated

Alexa integration seems to be hit or miss. Sometimes (and for long periods) it works great and then suddenly it doesn’t. A few days, weeks or months later, it starts working again. Highly unreliable, in my opinion.

Yes,I have noticed that too

Absolutely agree with you and @WildBill. For a fix worth considering, I recommend you remove power to that “trouble cam” and plug power back in. don’t try the shortcut of using the Wyze app to turn it off. Remove/restore power. This usually fixes mine when that occurs.

AND because this fixes it, I got in the habit of simply removing/restoring power on my Wyze cameras. Helped a lot. AND since I got in the habit of simply removing/restoring power on a regular basis, I took a shorter path. I picked up some WiFi smart plugs and plugged the adapters into them. So, I could remotely remove/restore power. AND because I am the laziest person on this forum, I used the WiFi smart plugs’ internal features and set them on on a daily schedule to remove/restore power, so I didn’t have to hurt my head trying to remember to do it. AND if you are trying to show me you can be lazier than I, you could get some WiFi smart plugs that are Google Assistant or Alexa supported and use a routine to turn them all off and back on to get - what? what was that we wanna do? Remove and restore power.

And with about 4 hours left, today is a realllllly good day to pickup some today on Prime Day.
There’s my commercial for the day @peepeep ( LOL)

(That was more fun that you can believe too.)

You can also reboot via a Wyze routine.

I dunno, the other folks are right and Alexa remains a mystery - to this day keywords and functions across the spectrum just randomly stop working. I couldn’t even get a public radio station to play today. For a long time saying “notices* would recite your notifications. Then it stopped working for a year and you had to say *notifications” instead. A month or two ago “notices” started working again. Who the F knows with Alexa.

Some of my Wyze cameras will show on my Echo Shows and some will not. I don’t give much of a damn anymore. I have much better luck with the Fire tablet I use as a console.

Don’t buy the Echo Shows. Really not worth it even when half off. All they can really do is advertise for Amazon. Just get Dots and tablets. Just my opinion.

You asking me? Me? I’ll share with you what I think is happening with or not happening with Alexa and Wyze. I bet if we could look behind the curtain and watched over their shoulders, we would see some yahoo sitting at a Alexa library screen that updates, deletes, restores, patches, adds code, removes code, and messes up the Alexa to Wyze skill more often than once in a blue moon. Something is going on that we don’t know about and have no control over. Just another day at HQ Alexa. - I bet.

Woke up at 3am, ready your replaced. Gonna try that with a sonoff switch today. Thanks in advance.

Amen, I agree, excepto that I got a show gen 2 refurbished, and I love the sounds quality

I think you may be onto something

You asking me? Me?

I wasn’t asking any questions.

Also, my little rant was mostly about non-Wyze Alexa inconsistencies. Your gremlin coder theory may hold but there is plenty of blame to go around.

Have had similar issues. Rebooting the Wyze cams weekly is the best fix I’ve seen.
I like the daily power cycle setup.

I just had to sneak that “mangled phrase from Taxi Driver - De Niro” into a comment somewhere. This was the handiest.

I agree, plenty of blame to pass around. 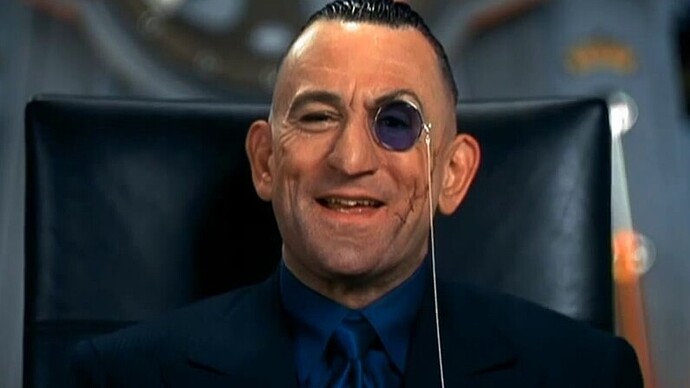 is using the wyze rule to turn off and reset the camera the same as unplugging them and back in?

I tried that and it didn’t help my problem. I have a smart plug that I can hook up to the power, but was hoping the rule would do the same thing

I don’t know enough of the electronics of a Wyze camera to say with certainty. But I relate most electronics that have a ‘reboot/reset’ operation to how a personal computer behaves with a reboot. Reboots/restarts are useful. But when I am trying to clear all running operations, clear buffers and memory, “there’s nothing better than completely turning it off.” I don’t know, but I don’t think the Wyze “off” is a complete shutdown like removing power. And because those restarts and offs on my Wyze cameras didn’t seem to me to be as thorough as removing/restoring power, I added WiFi Smart plugs to all my cameras.

Did that solve every camera problem? No, but I do believe its reduced the total number of hiccups considerably. So much better behavior that I am leaving the WiFi smart plugs on all from now on. If I didn’t think this is worth the effort to share this info as a possible big help to others on this forum, I would have just skipped past this thread.

I have a few Wyze WiFi smart plugs, and I paired them with some Wyze cameras and it made it easier to off/on the plug when the camera acted up. But I didn’t have enough Wyze plugs for every camera. So, I swapped them out so the same brand/features on all my plugs are on all my Wyze cameras. Smoother “remove/restore power” now with a simple scene restarting all plugs at hours that I am not looking at cameras. AND a lot less hiccups.

It’s Linux/Unix and it’s doing a restart. Sure, a power pull is a little more leveling, but my nightly scheduled restarts have helped my stability a lot. In fact I ended up never replacing it with a smart plug as I had originally planned. (The one place I DID try the plug didn’t work at all. The Amazon smart plug I used overheated in the attic BEFORE the camera did.)

I have since been able to get the camera to work with wyze view by restarting it with a rule, but still not cooperating with alexa or on the tvs

But pulling the plug and reinserting it fixes things reliably for you? If so, then go ahead with Sam’s recommendations and use plugs…

Going to try that as soon as it cools off a nit. big hassle and ladder climbing to unplug them, although I might look at my power panel and shut down the whole circuit

I just installed tiny cam pro on my tv. everything works great except the one cam do not have cam+ on does not seem to be able to install. Also I am trying to find out where the pictures that I take on tinycam go to haha