BETA Help (that’s why I’m in Beta is to help you figure out this stuff, right?)

Summary Description: On 1 of my V2 Cams, it functioned normally at activation, then after the CamPlus Trial expired, it now records all daytime videos in what appears to be double speed (or dropping every other frame. It is the same for the Cloud events and on the SD card. Cloud events show as 13 or 14 seconds and when played instead of 12 seconds, they only play for 6-7 seconds, then the video remain stationary and the play slider freezes until the full 13-14 seconds passes, and then it ends the video as normal. It does appear that it records sound, but it’s hard to tell how it was affected since nobody ever talks near that cam.

Night vision videos all record and play normally both on the cloud events (show as 12 seconds, plays the full 12 seconds in normal speed, etc), and normal on the SD card too.

I’m a Professional QA tester, so I wrote the following out MOSTLY in a QA Form for Wyze Devs close to how I would have for a company who paid me to test their stuff.

Frequency: EVERY TIME during the day. (Cam is normal at night)

Severity/Priority: MEDIUM ( 2 out of 4) - (Most things work normally, and at least it records video, but it may affect sound and appears to be causing a cloud error too)

Expected Results: All videos would record and play normally in 1X speed whether in daytime or nightvision mode. Cloud events would be 12 seconds long and play for 12 seconds.

Actual Results: Daytime videos record and play in double speed. Cloud events are inconsistent length (I have noticed 13-14 seconds) and only play for 6-7 seconds, then pause the video and the play position marker until the full 13-14 seconds passes and then ends the video. SD recording play in double speed as though it is dropping every other frame.
NightVision records and plays correctly. 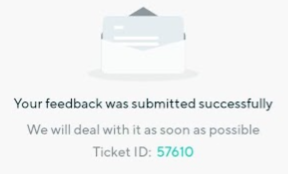 Nov 2, 8:01am Video - First messed up video after CamPlus Trial ended and daytime videos all play at double speed.

A more clear Video from 11/10/20 4:33pm (cloud event) with a human in it moving double time (though you can also tell from watching the seconds pass too fast anyway).
It is also an example of cloud event showing 14 seconds, freezing at 7 seconds then ending the video after 14 seconds pass:

This is the same time period as the above video, but played from the SD card showing it is doing the same thing there too:

This is an example of cloud event showing 13 seconds, freezing at 6 seconds then ending the video after 13 seconds pass (so it’s not always 14 seconds and 7 seconds, but is varying):

Thank you for your post and the professional Steps-To-Repeat. That is very impressive!

I think the root-cause of this issue is that when the camera is sending the video clips to cloud, it sometimes lose image frames. So when you are playing the video, the image frames that didn’t send successfully were skipped. This is an known issue and it happens especially when your connectivity (either WIFI network or internet) is not at the best. We are working on to improve the user experience regarding this issue.

However, it is good to know that the IR videos are doing better than non-IR. I will share this information with our developers to see if there is anything they can do with it.

Again, thank you very much for the impressive QA work!

Thank you for the response and information that you are working on it.

I think the root-cause of this issue is that when the camera is sending the video clips to cloud, it sometimes lose image frames.

I would like to point out that if this were the issue (connectivity dropping frames) then the SD card should still be normal, but as demonstrated in the video of the SD card playback on the same events, the SD card is also dropping frames (even if I turn off the WIFI completely). Also, all other cams with the same signal strength on the same network all work fine.

Furthermore, While CamPlus is/was active videos all worked fine on both the cloud and SD card with no dropped frames. If WiFi was the issue, then CamPlus would’ve also dropped frames. This issue started immediately once the CamPlus trial ended. That is a weird coincidence that everything worked fine (cloud and SD card) until CamPlus ended. You should really look into that angle.

I found a couple of other posts having the same issue and asked them to try to verify if the IR makes a difference for them, as well as trying to verify any link to CamPlus ending for them too.

Thanks for the good work.

Thank you again for the clarification.

Correct me if I am understanding it wrong, there are two potential factors that could contribute to this issue from your post:

Well said, those are worth looking into.

I will follow up with the other posts referencing similar issues and see if IR or CamPlus made any difference in their situations too and I will respond here tagging your name just in case it helps your developers to know of other cases. We might be able to narrow it down a little that way.

Got a poker in the fire too. May be helpful… or not

"*I have disabled these event recordings to successfully correct networking traffic issues and am now getting better camera connectivity and performance. Replacing my 2Gb SD with a 32Gb also helped solve my missing Star Trek dilemma.*"