I’m not sure. I assume it is supported.
Lets ask the developer.
@alexey.vasilyev can you answer this?

I just checked my TinyCam app and it did display my V3 camera on an Android tablet.

Is anyone else experiencing a lower quality from there V3 on TinyCam? It seemed lower then the what was shown in the Wyze app and the camera was set to HD.

I’ve always had lower quality on TinyCam and I’ve tried it with Wyze cams on at least 4 different types of tablets over the past couple years. That’s not to say it’s bad quality, but noticeably less than the wyze app on the same tablets.

Same. I always just use it to view more then 4 cameras and to view all of my cameras together including the (very few) non - Wyze cameras.

tinyCam is still requesting a 2FA code on Firetablet. I don’t believe the V3 cam is supported on firetablet yet. It may work on Android. Can anyone confirm that it works on a FireTablet though?

My new V3’s look good on the WYZE app. When I see them through the Tiny Cam Pro app they are both pixelated. My other cams on the app, the V1 and V2’s look much sharper.

Yes. I’m having this issue too. Wasn’t 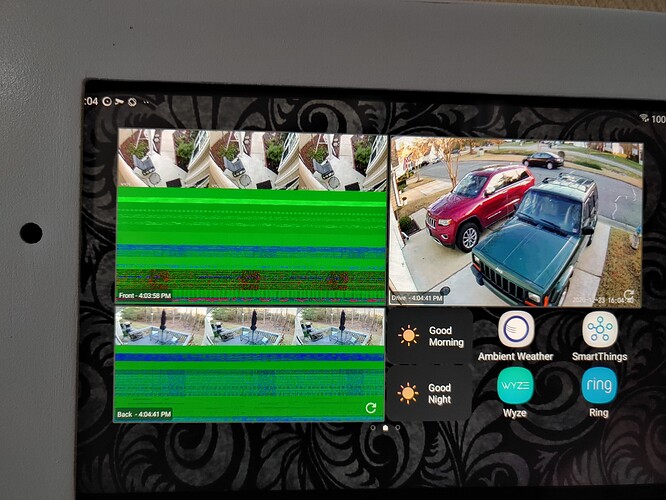 Specifically, are you on a firetablet or some other Android device?

I am using Bluestacks on my PC.
I get the same green effects on my V3’s too.

Here are my two examples. 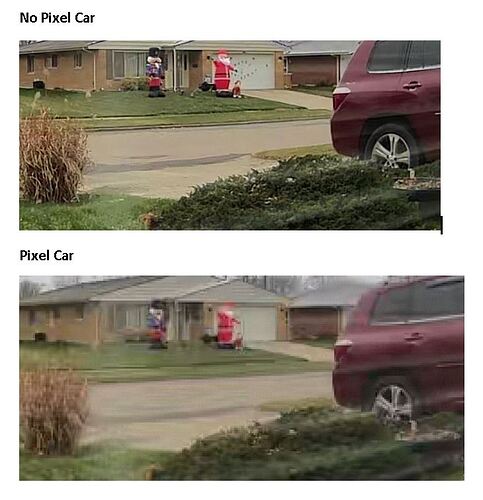 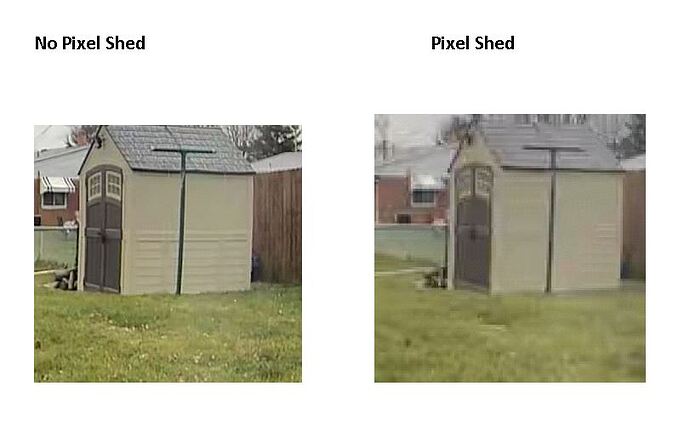 Never had this problem when using my V2’s at these positions.

Are there there particular settings to make the V3 work in TinyCam?I can’t get mine to stream… my Pan Cam works fine…

As far as I know it’s the ssme setup for all Wyze cams.
Try duplicating (copy) your Pan cam, in tinyCam, then just change the channel setting.

Thanks for the reply. I have no Idea what is wrong…I tried that…Still says P2P offline! 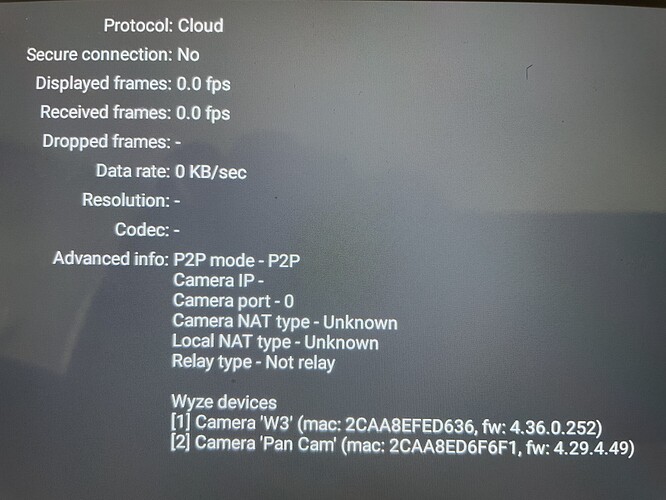 In the Wyze app, try moving your V3 (W3) to the bottom.
The go back to tinyCam and see if the V3 is showing and the Pan isn’t.

I reset my V3 and it’s now showing up! Hooray! thanks for you help!

Running Tinycam Pro on AndroidTV(Nvidia Shield Pro - 2019) and if I have a v3 source included and displaying(I have 2 other v2’s), the app will crash within 2-3 seconds of starting to display video from the v3.

If I have only v2’s or my other RTSP sources displaying on screen, things work fine - only when the v3 video is displaying does the problem show up…

Check /tinycam on Reddit. I think I’ve seen something about the problem.