Some cams v2 live view not available on alexa

Hi guys. I have some wyze cams v2. But some of them when I enter on alexa apps, devices, câmeras and some of them show the live view just fine. But others just show live view not available. Do you guys have any idea what’s going on? Besides, Im a new user and in the beginning I could trigger routines on alexa app with motion on the cameras. But now I can’t. Is it because my free 14 days wyze plus expired? Is there another way around?

The Alexa alerts only work with person detection so far, so yes you’d need a valid CamPlus subscription on each camera you want to use to trigger Alexa routines. I don’t know the story with the new live view feature - it just came out this month.

Note that you can do a lot with native Wyze app rules without using Alexa.

In the past renaming a camera has helped with stubborn Alexa issues so you could try that if you want… Also reinstalling the Wyze skill, telling Alexa to discover, reinstalling the app, etc.

I was just looking at my Amazon setup and noticed several, but not all, cameras display the following “live view not supported”. Three cameras out of seven don’t show that message. All have the current firmware (4.9.6.218/4.9.6.239 beta) but there doesn’t seem to be any correlation to that for which show the message. Anyone else seen or fixed this? Going to try removing and re-linking the Wyze skill later.

Welcome @duduramirru!
Try to stream the cameras even if they show “live view not supported” in the Amazon Alexa app. This is probably related to the topic @Customer linked.

Just discovered I have this issue as well. Also, CAMplus person detection triggers only for some cams.

Well this is not fair. Blink does not have this problem. I feel like wyze is nickel and Diming me and I just bought four new cameras and I think I might return them all. First of all when I spend over $200 I expect free shipping or $5.99 shipping that they promised but then they ship it from two places so they charged me $12 now they want me to buy a ridiculous per camera offer before I can view my cameras on alexa? This is getting out of hand. It appears to be greed and I had to flash an older firmware because the one that they updated my camera with caused it to freeze. Come on wyze get your act together.

First, to the best of my knowledge, no subscription is required to view the cameras using Alexa. You need to link your Wyze account in Alexa but that should be all. Second, CamPlus Lite will work for person detection with Alexa and can be obtained at no cost through the “name your own price” option. Here is one of my cameras using CamPlus Lite: 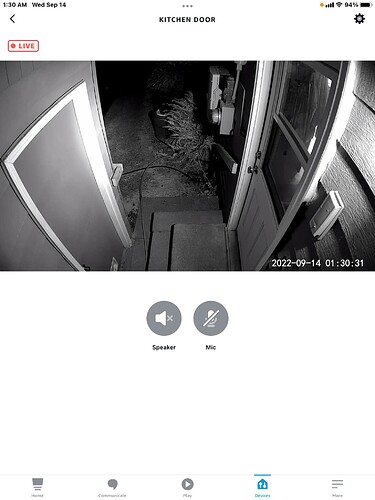 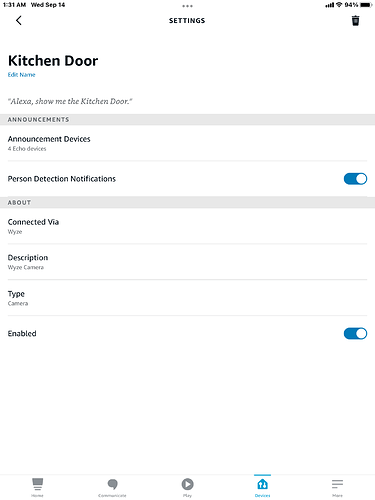