Been searching, and have not seen an answer yet. I am using an ancient TP Link router, and am running out of leases for available devices. This is a bad thing, as I just received 8 new bulbs and two new cameras to set up. I thought this might happen, so I am not seriously concerned. I am planning on getting a new router and turning off the wifi in my modem. When I set up the router, will I have to setup all of my devices again? This would put me at twenty bulbs, four cameras, four TP link outlets, two motion sensors, and two contact sensors. Not afraid to do it, but I need to know what size pot of coffee to make when I get started

If you set the new router up with the same ID and password the WYZE devices will just connect to the new one by themselves. I did this recently when I upgraded mine.

Confused at you running out of addresses. There should be at least 250 available, no matter how old your router is. Have you engaged some artificial limit? New routers always appreciated though, lol.

You only need to resetup your devices if your network name (SSID) and password change.

I haven’t set any limits. When I tried logging in on my phone, (Pixel 3), the message I got was the network was locked. I don’t recall the exact words, but I had to use my guest account to connect. There may be something in the setting that TP Link has. When I bought the modem, there were very few smart devices available. It is an 8x4, so maybe there were too many things trying to connect at once? Maybe Google wants me to by an upgrade? This is the first time I have seen it, so I will probably ride it out and see what happens.

So what is a 8x4? Yes, definitely more details if you can. 250 addresses (and thus leases) should be available.

Also tell us the current mgr/model of your modem/WiFi. we may applaud the upgrade, lol.

It is a TP Link TC-W7960 modem. I bought it reconditioned at Amazon about three years ago so I could quit paying rental fees to Cox. 8x4 refers to the number of downstream and upstream channels. It may be possible that I am overloading my bandwidth with too many devices, and the network can’t quite handle it all at once. Or so a tech at Cox told me a couple of years ago, (probably trying to sell me a higher tier of service).

Go to your router’s IP address in a desktop browser. Log in with the router’s username and password. Click on DHCP. It should tell you the number of leases available and how large the pool is. Some routers ship with these settings limiting the number of connections.

However your WiFi can have a separate limit of how many devices it can support. For most consumer routers this limit can be as low as 15 devices. It all depends on how many radios the router has. In some devices, this can be controlled by SSID. So the router can limit new devices to reduce congestion. Look in your SSID settings.

8 x 4 probably refers to the number of channels a Docsis 3 modem supports and therefore its maximum bandwidths. It isn’t relevant to internal networking though.

The TP Link TC-W7960 supports an older standard of WiFi and low speeds. It’s max WiFi speed is 300 mbps. That will limit you as all the devices share this. An ‘AC’ class access point will give you more speed and available bandwidth.

I use the TP-Link EAP225 for my wireless access. 1700 mbps AC with both 2.4ghz and 5ghz SSIDs and it supports additional. Can usually be found on Amazon between $70 and $100. It isn’t a router though. It just provides WiFi.

I keep my modem, router, and WiFi in separate devices.

I am considering upgrading my cable. Cox is offering gigabit service for $99 a month for twelve months. I just need to get off my wallet to get the modem. And I have already decided that I don’t want to have everything bundled in one device anymore.

Most routers can’t handle 250 connection, even Cisco routers can be hardware limited to 35 devices

I’ve bought a corporate router which is able to have upto 120 WiFi connections, 200 Lan connections (using switches) but also limited to 250 DHCP clients

My previous router (provided by ISP) maxed out at 25 DHCP clients, as it didn’t matter if devices connected via Lan, 2.4ghz, 5ghz or a combination

Interestingly, when I look at the manual for @kevinjdoherty1’s router, I don’t see much of a limit. The manual makes it look like 245 addresses are available, with only a 60-minute lease expiration. If that is how his router is configured, then I can’t imagine it running out of addresses. I didn’t notice any other connection limits.

Kevin – I’d do what @wayneluke suggested and log on to see if these are your settings or if you have been restricted to something smaller. 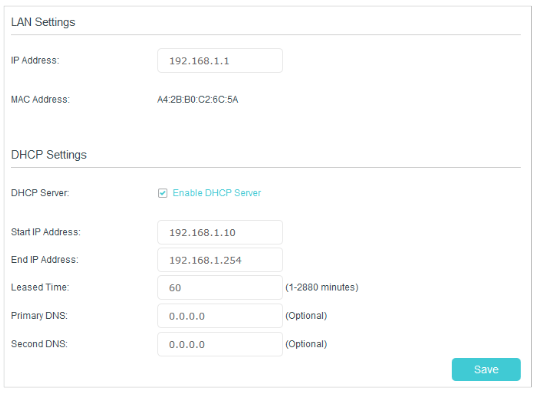 On my old R7000 router, I had more than enough addresses available, but the problem was the amount of simultaneous connected devices. The limit was supposed to be 32 devices per channel, but I started running into issues with disconnects and timeouts on my devices once I reached 28, especially on the 2.4Ghz band. I swapped out the R7000 out with an Amplifi HD (with two meshpoints), and my problems went away.

Most routers don’t tell you their capabilities, most domestic routers are limited to 20-35 devices

Netgear only say per channel not total 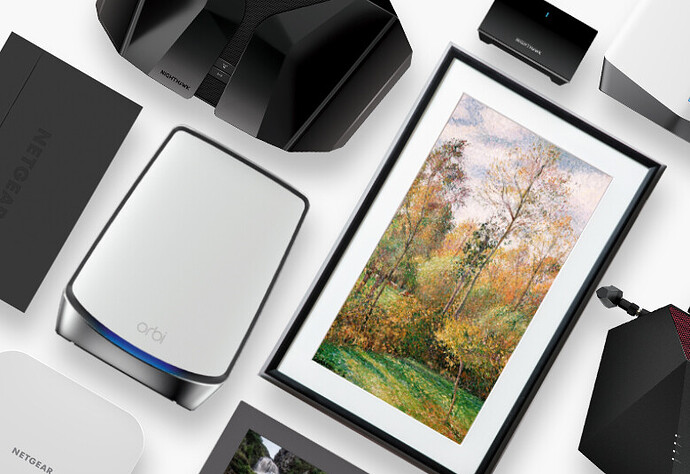 How many WiFi client devices can my NETGEAR router support?

At NETGEAR we turn ideas into innovative networking products that connect people, power businesses & advance the way we live. Easy to use. Powerful. Smart.

The Cisco router I looked at supports 32 wireless devices

I know both of these are examples of WiFi limit only

When I started having issues with WiFi I tried;
2.4ghz only
2.4ghz & 5ghz
2.4ghz, 5ghz & Lan x4
2.4ghz x2 (1x repeater), 5ghz & Lan x4
All of the above had issues with dropped connections, failure to connect, router crashing (connected but no data throughput), even tried the above on 3 different ISP routers, all had the same issues

Spent a month researching the issue & different routers as a replacement

Interesting. The Netgear help page you referenced says it applies to my R6400 router, and it specifies 32 connections per band for a total of 64 connections. Sounds like a hard limit. But then you read my manual that says “Maximum computers per wireless network: Limited by the amount of wireless network traffic generated by each node (typically 50–70 nodes)”. That sounds like a soft limit. Not sure what to take away from that.

Unfortunately (or fortunately!) I’m not in a position to find out if it’s a hard limit or not ATM. I only have 15 devices on the 2.4 GHz band, and only 3 connected to the 5 GHz band. The other 4 devices I have are wired. So, good for now anyway.

Bandwidth is the key with the number of devices. So you may get more or less than the recommended number. The more bandwidth you have, the more devices you can support.

Then some devices like the FireTV will try to eat up as much bandwidth as possible. Mine sucks up 170 mbps.

That’s what mine looks like. However, it seems to still be limited. It shows 35 devices connected. I have 20 bulbs, 4 cameras, a wireless printer, four smart plugs, 2 Joules (sous vide devices), 2 phones, 2 laptops, 1 tablet, and 4 Echos. I’m thinking that when the leases expire they space is freed up for other devices when they connect. And it does seem that they differentiate between the primary network and the guest network. When I can’t connect to one, I can always connect to the other. Not really an issue except for the network function of the printer. I am curious however, as I have seen that Google states the Google Wifi will support up to 200 devices. At the rate I’m going I may need to look into something like that sooner than later.

Wish I saw this thread when I first got my Wyze cam. I also had trouble connecting with the router and using the internet, when I first got 2 Wzye cam. The cameras would connect, but if too many people were using the internet…which everyone always is…the router would disconnect from the internet. However, once I switched to a new, and more modern and expensive router, I haven’t had any issues. My old router was around 7 years old. So if anyone has issues connecting or losing internet connections, you might want to upgrade to a new and/or faster router. TP-Link has been the most reliable for me. Just trying to help.

I came up with a solution. I got an Asus Onhub router at Amazon for about $70. It will connect at least 100 devices, and it is a lot faster wifi than the modem that I have. I am very satisfied with it so far

This is what I have always lived by.
Don’t use a combo modem and router.
Don’t use the crap your ISP has for rent
YMMV

Yes, is usually takes less than a year to get your purchase money paid back by rental fees you are no longer paying. For my sister I think it was 9 months. Wasn’t very hard to talk her into buying instead of renting!

And she has better gear to boot.