I have an area where I need the Wyze cam to mount off of the side of an object. Unfortunately the software only rotated the images at 0° and 180° which makes viewing very difficult.

Is there a way to rotate the image 90 degrees v 180? 180 is great if you’re hanging it upside down, but 90 is more versatile with various mounting limitations.

Are you looking beyond landscape viewing? Trying to flesh out more scenarios for this

we are not supporting 90° because of the image aspect ratio.

I realize the image aspect ratio may not be great, but I have 2 applications that require sideways mounting and until the 90° rotation is implemented those areas will not have WyzeCams.

thanks for the feedback. We’ll wait and see if there are others that would have similar or different use case that needs support of this feature.

Can’t you physically rotate the camera 90?

The issue is that if you physically rotate the camera 90deg, there is no way in the app to have it appear vertically (portrait orientation).

The problem with offering support for that is you’d have the aspect ratio (long side of the rectangle) in the opposite orientation from the phone/tablet. This would result in quite large black bars on the sides of the video frame.

I meant if the camera is sticking to the side of something. Then I would expect the camera to be physically rotated back to its normal upright orientation by way of its hinging mechanisms, 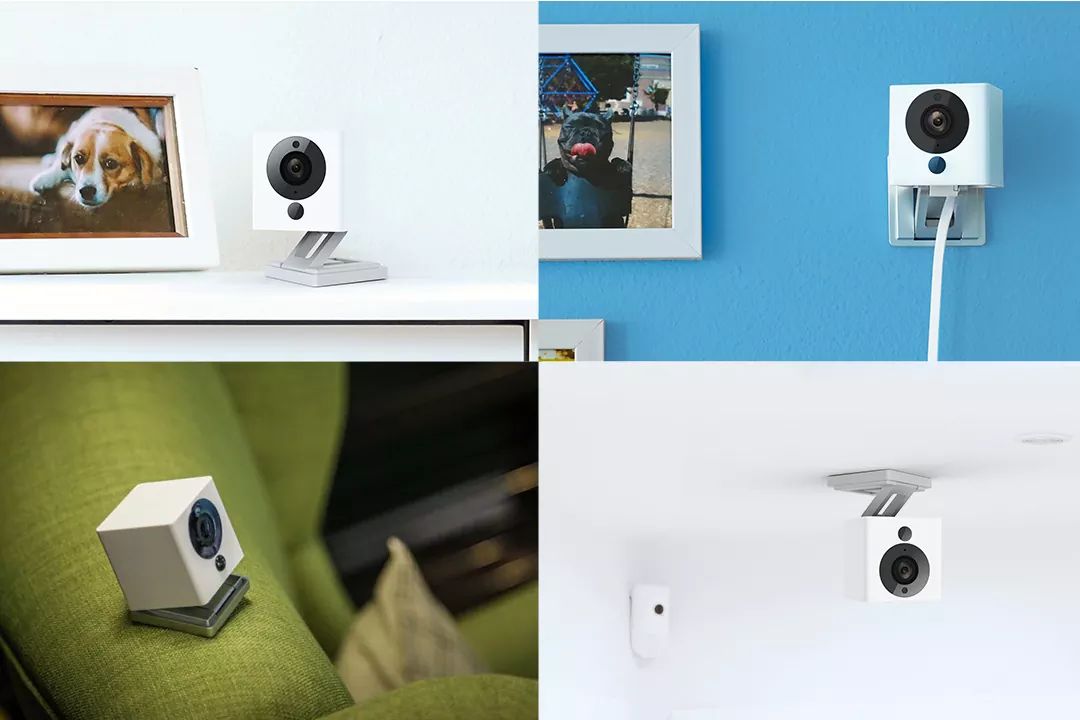 Well, the base only rotates in two axes, so depending on location, it’s not always straight forward. In the photo below, I have a camera mounted tight up in the corner of the room next to the ceiling. To get it to sit upright, it is necessary to have the base attached to the wall at a 45 degree angle.

That said, I can’t create a situation where mounting the camera horizontally is necessary. I’ve love to see a photo from the OP where this is necessary. 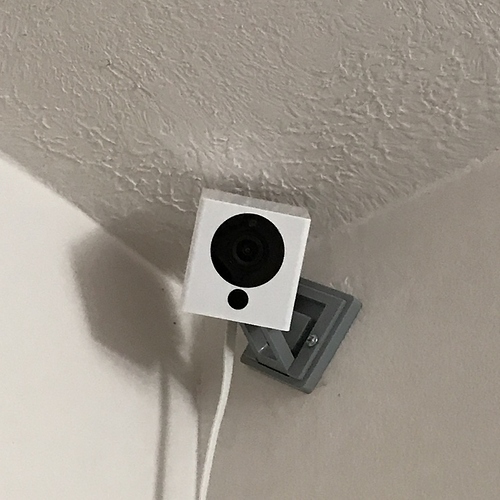 Portrait mode is useful for pointing the cam down a hallway. I have my front door cam in portrait mode. I see it sideways in the phone app but it’s correct when I go full screen. (Except all the controls are sideways)

That makes sense as a use case… where the area to be monitored is much taller than wide.

There have been times when mounting the camera sideway would be best for a certain application. Software mod would probably be easier (guessing) than adding a removable mount and attachement point to the side of teh camera body.

portrait mode makes sense as a use case. Let’s see how many people will end up voting on this feature.

Playing around with this amazing camera last night i did come across one flaw. Not being able to rotate the image 90 degrees. I had it mounted on my fridge sideways like i seen in a Youtube video. Only to find out that it was not the case you can only rotate the image 180 degrees. So Wyze team get to work!

lol Jk but it would be a nice feature that would help mounting the camera in odd spaces.

Wyze Cam Mounting Options. Would be greatly increased if the picture could be rotated in 90 degree increments.

Didnt want to start a new thread but…