I wished for the same thing, but because the image sensor is not square, the only options would be to not use all the the available image, or to distort the image aspect ratio. Neither of these is acceptable in my opinion.

What is really needed is some way to change the physical orientation of the camera. Something that the current mount doesn’t allow, as you have stated.

Something like https://www.wyzecam.com/forums/topic/mounting-options/#post-72308 would allow you to convert the vertical serface to horizontal. I don’t have any great suggestions, but I don’t see how doing a 90 degree rotation of a non-square image would turn out the way you would want it to.

Here is a post with a picture of the v1 and v2 image sensors on the circuit boards.

This would also be very helpful when aiming the camera down a long narrow hallway, mounting high. I had to mount this way for my entry way. See pic. Great coverage, you just have to tilt your head sideways to view - LOL

I have a similar mounting location/view. The camera points out of the side window of the door to get a view of visitors. It is oriented sideways for two reasons: 1) It is mounted next to the molding and entends out to look through the window. Mounting it above is not possible due to a low ceiling. Mounting it on the above (or on the ceiling) would give a wide angle view which would not be a great view for that location. A sideways view is preferable for areas like hallways, entries, etc.

I don’t understand the image issue. The native view of a phone is perpendicular, not horizontal. Right now when I view my back room camera (mounted for horizontal view) I have to physically turn my phone sideways to get a full screen view.

A more intuitive approach would to show the feed just as it does now, but horizontal or vertical depending on the setting.
Then TAP TO EXPAND! It would bring the feed into full screen. No need to play around with tilting your phone or your head trying to get a better view.

I’ve done a lot of UI development, and adding suppoer for vertical view should not be a major change.

How do I vote for this?

Top left of this thread.

I would like to mount my Wyze Cam sideways and be able to rotate the video in 90º increments to get the correct orientation.

Here is my workaround. Its a 2 inch bracket from Home Depot and a magnet.! 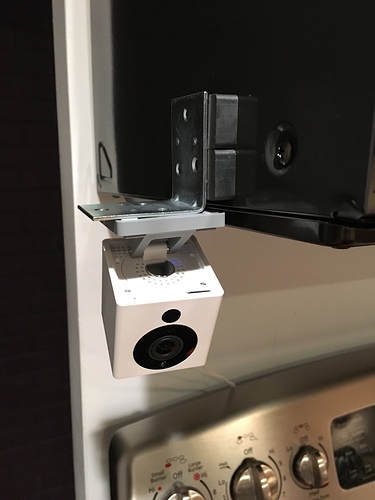 My scenario is that I have a narrow window next to my front door and I would like to position a camera in such a way that it captures someones face and the package they are leaving on the stoop. The wider aspect ratio used 90 degrees vertically accomplishes this. I’m using it for package delivery detection/notifications and visitor identification. I can still do all this without the playback image rotated 90 degrees, so maybe it’s just a matter of convenience. I’ll be testing the new Wyze Sense motion sensor in this scenario soon. Thanks!

Long hallways, driveways, sidewalks leading up to the house, cams running across the front face of the house, fencelines… I mean, there are other settings most people don’t use already that some people have a real need for… what’s one more? ;')

Thanks again for everything else you guys do.

I would really like to be able to rotate 90 or 270 deg in order to better monitor my pets.

Anyone else have a possible need for a 90 degree rotation in settings? I have a few places with cameras mounted that are not wide but more vertical viewing space would be a benefit.

I too would like the option for a 90 degree rotate. I have a camera that is mounted on the side and don’t have the option to mount any other way and still point where I need to.

I wished for the same thing, but because the image sensor is not square, the only options would be to not use all the the available image, or to distort the image aspect ratio.

Those that want the 90 degree turn, and keep the full 1080p resolution (normal looking, not a distorted image or one with black bars on either end), may need to look into RTSP to have another software program do the 90 rotate for the live viewing.

I also need this ability. I want to mount a camera inside to look out my front window and it has to be mounted on the vertical wood surface. To mount horizontal it would have to be in the track the window slides open on which means taking it off every time I want to open the window since window slides right to left to open. And I don’t want to drill a hole in the wood stud to mount the bracket from Home Depot as shown above.

Just adding my vote, and while I thought it would be handy before, with my new “front door” cam, the 90 degree rotation would allow me to watch my front door ( while view including mat) and keep a full view on my parked vehicles. 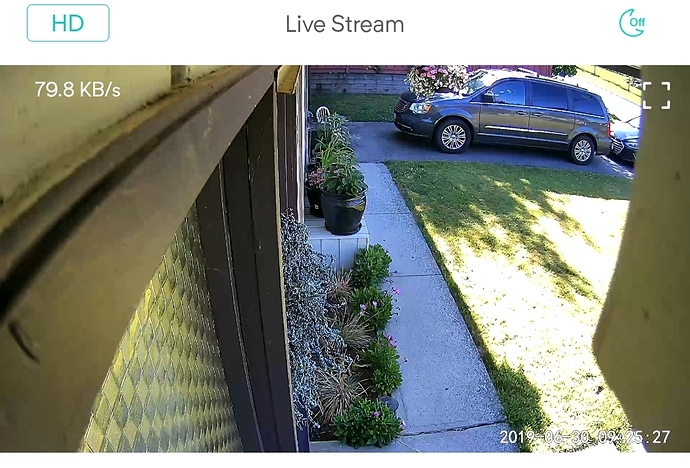 I’m definitely going to get a bracket. I’m having the same issue.

Image one of two 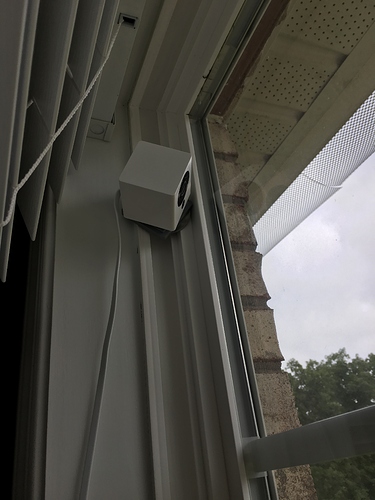 I’m definitely going to get a bracket. I’m having the same issue. 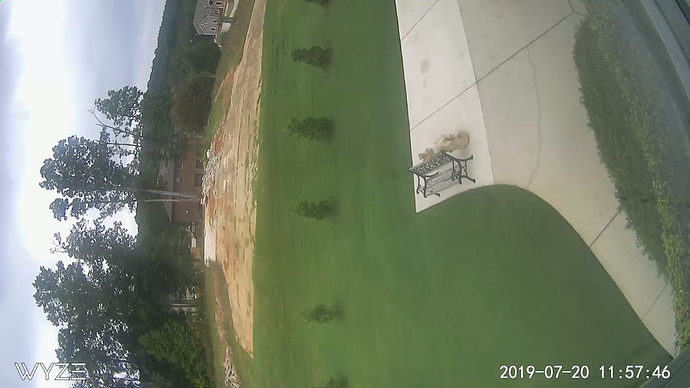 What would be awesome if the camera optics could rotate 90*