Question about RTSP Firmware and 24/7 viewing

When you upload RTSP firmware to your wyze cam v2, can I then view it locally inside my LAN via VLC or IP viewer without authenticating through my Wyze Acc?

Currently I am using TinyCam Pro on my android tv box’s, and it’s authenitcating using Wyze, so basically if I have no intenret, I will not be able to view my cameras. I’m looking more of a local access.

Would RTSP firmware allow me to view it locally? Or do I have to use TinyCam Pro to set it up on a monitor for 24/7 vieweing, and are there any other better ways of setting it up as a home security system on a tv?

Im not planning to get rid of wyze app. I still need it to view when i’m not home.

How about apps or methods to view the RTSP streams locally? I know vlc does it. But i want tk view my 4 cameras in same view

if I use RTSP, will I still have all features of regular wyze cam? Push notification, person detection, etc…

and how will it get future updates?

The RTSP software is a fork off the main branch of the Wyze Firmware. The basic functionality is supported. Live View, SD Card and Cloud event models, notifications etc.

Where they diverge is things like person Detection and presumably other new features won’t be included. You can view up to 4 cameras utilizing groups in landscape view within the stock Wyze apps.

Or if all the cameras are RTSP you can use a program like Tinycam on a PC or FireTV to watch multiple cameras.

is person detection the only feature not supported? and why does wyze not make RTSP official as part of their firmware?

Or if all the cameras are RTSP you can use a program like Tinycam on a PC or FireTV to watch multiple cameras.

Just to clarify this for anyone that may follow - Tinycam Free and Pro will also work perfectly fine with the stock Wyze firmware for remote cellular viewing on your Android phone.

You can see both the multi-cam live view & the 12 sec clips saved in the Wyze cloud.

But you cannot view playback from the SD card, nor can you change any of the camera settings. So you still really need the Wyze app on the phone.

The multi-cam views can also get pretty tiny depending screen size and how many cams you set it up to show at once.

Currently I am using TinyCam Pro on my android tv box’s, and it’s authenitcating using Wyze, so basically if I have no intenret, I will not be able to view my cameras. I’m looking more of a local access.

If I understand correctly, you want remote access with the Wyze app, but also to have a home security system that will function for local viewing when the internet goes down?

Apparently Wyze cams only need to authenticate at boot up, and will run a long time just fine without internet access after that. So the key is to make sure the cams have continuous power. Otherwise, I’m also a fan of tinyCam on the Android TV box.

Once it’s all up and running, just unplug the WiFi router from the internet and see what happens. You should be able to still use the tinyCam person and object detection as well as the local recording feature. 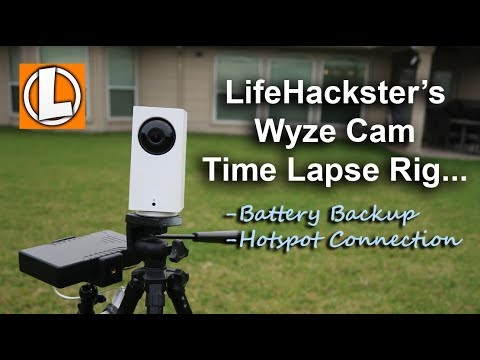 o get pretty tiny depending screen size and how man

i know tinycam pro works via authtication via tinycam pro via cloud. But I see it’s a waste of bandwidh just to connect to the internet to view my camera. ANd if I have no wifi on my camera, I will not be able to view live-stream of my camera. The video you posted, the guy used time-lapse to recordc with no wifi. Thats not what I want.

Does the RTSP feature offer person detection? What limits do RTSP have? If I install RTSP, I can still use wyze for remote vieweing and then loca IP viewing with RTSP.

Start here, should answer most of your questions.

Good video. However that is slightly different from the no-Internet use case you were talking about. He is doing it without Internet OR WiFi, and recording only to local SD card. (Later he goes the hot spot route.). Nothing reaches the camera. This doesn’t demonstrate local home WiFi to camera connectivity when Internet is cut.

You are correct. Sorry! I thought I remembered part of the video being internet free, but apparently not…

What I can offer instead is this, which I just tested, and is almost internet free:

Initial Setup - several Wyze v2 cams (stock 4.9.5.111 firmware) are WiFi connected to a router which is being fed by hard line internet. The Wyze cams have SD cards and are set to continuously record. Everything is authenticated and running as in a normal situation.

Android 6.0.1 cell phone with both cellular data ON and WiFi connected to the same router. The phone’s Mobile Hotspot feature is OFF.

Action - Physically unplug the internet feed from the router. Cams are still WiFi connected to router.

Action - Close all apps on phone, then open either the Wyze app or tinyCam Pro

Conclusion - the Android phone authenticates with Wyze servers and views 12 sec clips via cellular data, but communicates directly over the WiFi LAN for live feed & SD card viewing. No new 12 sec clips are being recorded to the Wyze cloud.

Presumably this means that no Wyze cam private video data is leaking out to the internet cloud.

So in theory the cams are effectively no-internet, but the viewing phone still needs to authenticate with the Wyze mother ship.

Or the phone is doing some weird bridging that shouldn’t be happening, especially with the hotspot feature turned off??

iPhone with both cellular data ON and WiFi connected to same router. The iPhone’s Mobile Hotspot feature is OFF.

Action - Physically unplug the internet feed from the router. Cams are still WiFi connected to router.

Action - Close all apps on iPhone, then open the Wyze app

Using WiFi only, no cellular, both phones were total fails.

And I forgot to turn off cellular date during viewing to see how long the stream held - humanoid reality intruded upon my hobby yet again.

So I’m pretty sure you can leave the cams internet free once they are authenticated, go away, and then come back and view them ( live stream and SD card ) - as long as you have an Android phone with cellular data turned on.

But I welcome any more accurate information!

There is also more info on keeping Wyze cams away from the internet here:

Hi everyone, I’m interested in using a wyzecam v2 as a baby monitor. I have a router connected to internet so the initial handshake to authorize credentials to create a peer to peer connection is fine. Our baby sleeps in a crib in our bedroom but I want to use this so that we can be free to do chores around the house while she is sleeping. Given this use case, I don’t care to record the baby. I just want to check in on the baby once in a while when we are not in the room. And of course, sinc…

ANd if I have no wifi on my camera, I will not be able to view live-stream of my camera.

Are you wanting to POE these Wyze cams to your NVR with no WiFi at all and then stream that to a monitor/TV? Like a real security system?

Or just WiFi the cams to an NVR and then to the TV, but this whole system is completely disconnected from the internet at all times?

I think you need Dafang Hacks RTSP firmware for that instead of the current Wyze RTSP offering…? 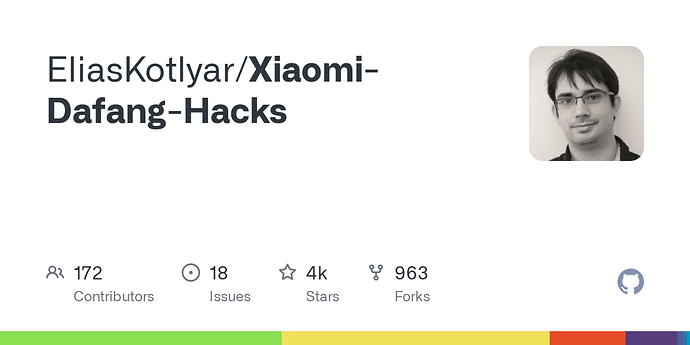 Contribute to EliasKotlyar/Xiaomi-Dafang-Hacks development by creating an account on GitHub.

Nice test. However, I think that if you shut down the iPhone’s WiFi you COULD achieve the same effect as the Android test. Android is apparently a little smarter / more aggressive about determining that the WiFi has no Internet and resorting to mobile data instead.

I just want to be able to view local feed of my cameras while ahving my wyze app work to see it remotly. I know loading RTSP would work, but im afriad of the features i am going to lose

I think that if you shut down the iPhone’s WiFi you COULD achieve the same effect as the Android test.

You mean go cellular only, open the Wyze app for a bit, then turn the iPhone’s WiFi on to connect to cams the LAN? (not to be confused with Nuns on the Run) I think I tried that, but not 100% sure…

Hmm, no I don’t think I thought it all the way through; may have to say ‘never mind’.

I’m probably missing something very obvious here, but isn’t that what tinyCam on the Android TV box is already doing already with the stock firmware?

TinyCam only talks to the internet when authenticating, or if you choose to view the 12 sec clips (if you have them enabled), yes?

I use the Android TV box directly HDMI connected to a monitor orTV, but tinyCam Pro will also host a local webserver that you can easily view in a web browser from any device/PC on the LAN, yes? ( This is actually how I let the less computer literate family members view the cams…

) No RTSP needed. The only mod I made to the Android TV box was strap a cooling fan on top of it.

Now, if you want/need to use something other than tinyCam, like Blue Iris, etc, then all I know to do is to use different cameras.

I do not believe that current Wyze hardware will support full blown RTSP and all the Wyze app features at the same time.

But if you find a way, please post it!

loading RTSP would work, but im afriad of the features i am going to lose

Agreed. Wyze has been pretty clear about not being able to currently maintain two firmware tracks for their cams.

The Wyze cams have to be somehow connected to the internet for any remote access by the Wyze app, yes?

But, for local devices on the LAN that have zero internet access ever (blocked by firewall, parental controls, etc) just setup the tinyCam Pro webserver to run 24/7 in the background on the Android TV box connected to that LAN.

Then view the cams on these LAN only devices using a web browser pointed at the tinyCam Pro local 192.168.x.x web page.

The tinyCam Pro Android box will need occasional internet access for authentication, don’t see any way around that, but the restricted LAN only devices will not ever need internet access.

And obviously, once it’s set up and running, the Android TV box doesn’t need to stay connected to the TV.

I’ll try 1 web server and connect my 2 other devices to it. Wonder if its going be any better.