Purple-hued disturbance, left hand side of the screen

Anyone else having the same issue as shown here? Left-hand side of the picture has this purple “disturbance”, right-hand side looks greenish to me. In night mode, both turn in to “sparking” whitish lines.

This seems to happen after a few weeks/months of use - at least in my case, and it appears totally random. The cameras I put in the same locations (moved from other locations) are still OK although they are the same age, i.e. all bought at the same time.

This is the 3rd or 4th camera that it affects. Firmware is up to date. Rebooting, resetting to factory defaults, and moving to other locations did not solve the issue. 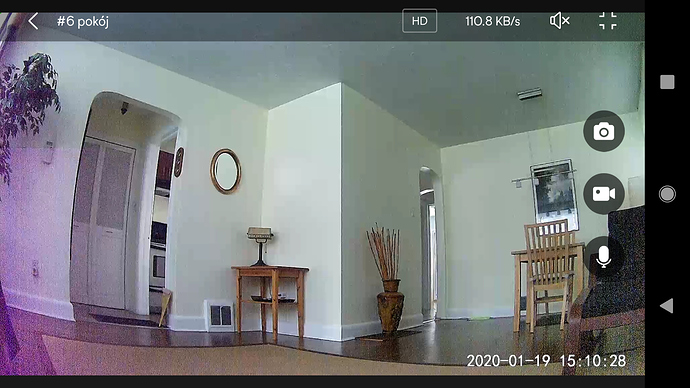 That appears to be a stuck or torn IR filter. I would contact support and see if they will replace it.

I believe we need to solved here

I know it’s an older topic, but has anyone found a solution?

One of my cams started having this same problem.

@jeffie - I contacted Wyze support and was offered a replacement as the camera was still covered by warranty. If I remember correctly, the hue/disturbance is an indication of a day/night-vision sensor - this is what how its end of life manifests itself.

Disappointingly, out of 20 cameras, I had 4 do this in a very short time span. I hope it is just a fluke and not a sign of things to come.

Yeah unfortunately mines out of warranty.

Of the 3 I have it is the oldest at 2 years old hopefully the newer two don’t end up with the same fate.

Sad, but at least it still mostly works.

I have had many WYZE cameras over the past few years! This is the first sign of a slow death! Sometimes it is a green hue, sometimes pink hue, sometimes a purple hue! I have actually found if I catch it soon enough, I blow air into the camera, from the back, with canned air, and it actually has delayed their eventual death! I figure if I can get a couple of years of use out of these camera, for the price we pay, I am still a head of the game! I would say out of the 14 cameras I have purchased over the past few years, maybe three have had this issue!

I have 2 of my cameras doing this now. They started just after the warranty ended. They are still usable, but it is getting much worse now so I decided to see how many others are impacted by this issue.