Hi everyone, looking for a little help with this one…

Just moved into a new home and purchased another Wyze doorbell since we loved our last one so much. The previous owner had a Ring doorbell hooked up but it wasn’t receiving any power.

Once I took it apart I was greeted with the regular two wires for a doorbell.

However, there is no chime box in the house as well as no transformer. After a little time hunting it seems like I found where the red and white wires go to. They lead straight to the furnace control board. (figure 1)

Is this safe to hook my Wyze doorbell too? If so do I need to install the fuse? 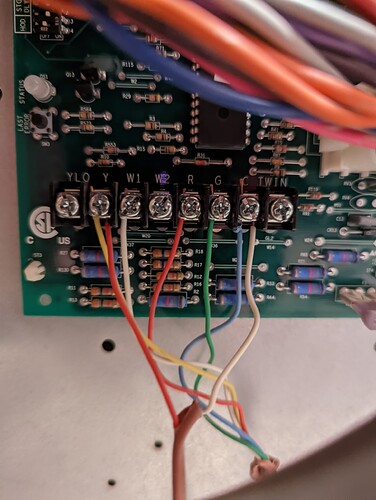 Thanks for any help you can provide.
-Troy

I don’t know if this info will help but here goes: I purchased a new house and was told the way they wire the door in new homes is to help furnace techs know immediately if there is a power issue with the furnace. But my house did have a chime box somewhere. You should have a chime box and transformer somewhere if not you have another issue. Maybe the previous owner took it out and didn’t know how to install the doorbell. With the two bare wires exposed outside by the doorbell you should be able to just touch them together briefly and hear a chime somewhere in the house. If not it is time to call an electrician and have him sort out the issue.

You said the Ring doorbell had no power. Are those the same wires you plan to use on the Wyze? Do they still have no power?

Maybe we can get @speadie to drop in and tell us which two terminals to use for a power source on a furnace control board. I would have thought R and C, but they appear to be using Y and C. Are you sure those wires go to the doorbell?

In the meantime please DO NOT touch the two wires together at the doorbell. Yes, if there is a chime that will ring it, but if there is no chime (you said the previous owner was using a Ring doorbell), then that may hurt your transformer or blow a fuse. And since they appear to be getting power from the furnace, depending on where you live, that may not be a good thing to have happen in February.

When you do hook it up, putting the fuse inline is a good idea.

Most likely, the wiring for the doorbell was damaged or removed during the last renovation of the house. If there is a crawlspace or a basement, the OP should look for a wire that comes from the front door area of the home - sometimes the wires are routed through window sills.

Thanks for all the replies guys. So @speadie is definitely correct. After more digging I can confirm those wires that I took a picture of are for the AC. I have some wires hanging down from the ceiling that could be coming from the front door but I’m not sure. Any idea how I could test these wires to know that they are the ones wired to the doorbell?

The house was built in 2019 so it’s fairly new. Is it a new common thing for there not to be any chimes or transformers?

If at any point you find 8- 24 volts or continuity before you twist the wires on one end together, then the wires are probably not connected to each other.

Maybe the previous owner of the house liked their doorbell so much they took it with them, or they used a wireless doorbell and never installed the transformer for the doorbell in the first place?

After checking for voltage and continuity it looks like I have found the other end of the doorbell wire: 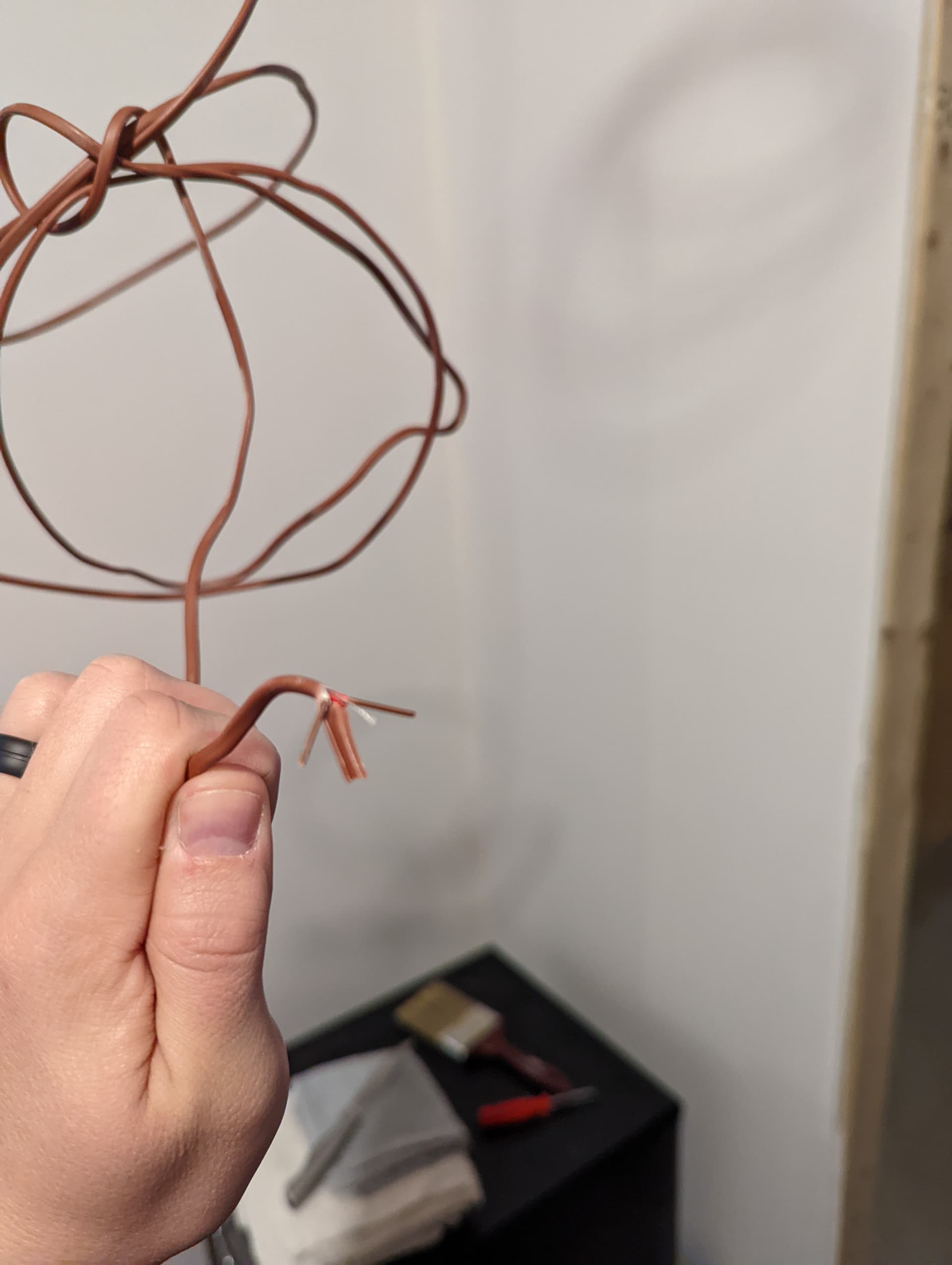 I also untwisted the doorbell wires and rechecked for continuity, which there was none. So 100% this is our wire.

Obviously it’s not connected to a chime box or transformer. So now that I have the wire in hand how do I go about getting my Wyze doorbell working without power?

Go to a local home improvement store and pick up a doorbell transformer. If you have a receptacle nearby, get the plug in type and it should be as easy as connecting your wires to the transformer with the fuse wire. Otherwise you’ll need to hard wire a transformer to line voltage, which you probably want an electrician to do, for insurance and safety reasons. Because the wyze doesn’t use a wired chime, you only need to hook the appropriate voltage to these wires (with the doorbell side attached to your wyze) and your wyze doorbell should power up.
The wyze doorbell needs a transformer meeting these specs: 16V-24V AC ≥10VA

@speadie you are a rockstar. Thank you so much for your help.

Thanks for everyone else too. You guys are a great community.