I want to setup a rule so that if the camera detects a person, the camera will make a sound letting them know that they are detected by the camera. Maybe it’ll even scare off a potential package thief if it makes them think someone is actually home.

But unfortunately, the only sound available is the siren sound, which is a bit much for this situation. Maybe a doorbell chime? But wouldn’t it be cool if it can play a sound off the SDcard, like my voice saying “hi!”? Or the sound of creaking floor boards? Or pet sound.

An alternative I’m going to try is to use the alexa integration to make alexa do something when a person is triggered. Going to try putting an alexa echo next to a window and see if it can be heard when triggered by the camera. Still, a sound directly from the camera would have less delay.

The ability to record a custom audio clip and play it when a person is detected would be fantastic in addition to the siren. My Wyze Cam Floodlight luckily stopped a possible break in last night, without using the siren. It would be great if the camera could play a short audio clip over the camera or floodlight speaker when a person is detected that says something like “Intruder detected, contacting authorities and homeowners”. I think my neighbors would appreciate that more at 3am rather than a loud siren in case of a false alarm. It could have an adjustable “cooldown” period so it would only play the audio clip once every 15sec, 30sec, 1min, … etc.

Luckily I was awake and was able to investigate shortly after getting the alert, but a dedicated Home Assistant integration would be great so I can trigger an automation inside my house to make it look like someone is awake and investigating if I’m not home. Like turning on the lights randomly inside.

Video clip of the man changing his mind after the Wyze floodlight scares him off: 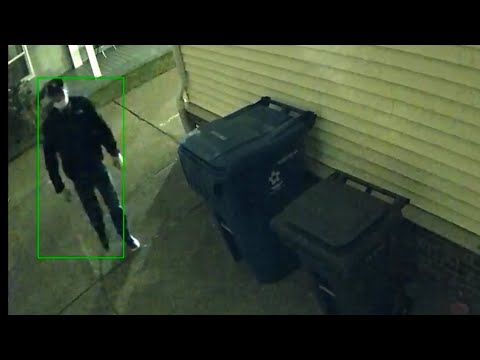 For now, I have used the alexa integration to trigger a skill I found that plays random dog barking sounds. Not exactly the same as being able to recreate that Home Alone scene that ends with “Keep the change, you filthy animal!”

My to play horror sounds like creepy children singing. Shouldn’t wake the neighbors, but if it was me breaking in, I’d probably poop my pants haha.

Our restaurant has two wyze v3 cams, one at the entrance and one in the kitchen. Sometimes there is not a waiter and they would like for the kitchen cam to make a noise when a person passes through a detection zone we set up for the entrance cam.

We were trying to add a new rule so that the kitchen cam makes a brief noise when a customer enters the restaurant, but the only option is for the siren to go off, which is loud and lengthy and doesn’t work for us.

[Mod Note]: Your request was merged to this topic for consistency in grouping similar requests. You may also wish to comment on and/or vote for “Wyze app options for setting siren duration and volume level”. Remember to scroll up to the top and click the VOTE button.

It would be nice if there is an option to select recorded voice prompt when adding action for rules, currently… there is only “Turn ON siren”.

What I would like is, to add my voice clip as an action when my V3 detected a person, like instead of just he siren, there would be a loud audio saying “Get off my property!” or “Warning! video recording is Turned ON”

Hope I could record my Voice and add it to the section in creating rules.

The stand-alone siren sound could use some additional settings.

This is mainly to get people to look at the sound. As they then realize they are being filmed and will hopefully carry on and not cause mischief . As of right now with the only function being a loud siren that does make you look, it is also quite obnoxious. Which I understand the reason but some variability would be nice in cases like mine I want them to stay away from my car, and my neighbours or house mates not being annoyed by a siren going off from them walking by.

Hope it happens ! Thanks.

I would like to have my cam v3 emit an audio alert when it detects motion. I can do this with the alarm, but that could be annoying when 99% of the time it’s just a neighbor walking/driving by. Would be be feasible to add a recorded message like “camera is recording” or “recording enabled” or even a custom audio file. It would be loud enough to alert the potential intruder but not loud enough to wake the neighbors.

This is a great request AND should have happened by now. This company has to get like Tesla and have people, employees, take charge.

I’d like to have the siren length be adjustable as well. I trigger the siren when the dogs bark and they stop or go inside, It needs to be only 5 seconds or so. 30 seconds is a bit much

Floodlight Cameras Do Not Announce that they are recording

In my state, both parties nees to be aware that they are being recorded in order for the video to be admissible in court.

My old unit from a different manufacturer, which did not hold up well in rainy weather, made an announcement when motion was detected. My phone can’t fit another app for the other brand with that feature.

I love Wyze cameras and customer service. However, this is announcement legally necessary fetaure in NY!