The app should have the option for a PIN or biometric lock.

We understand Wyze takes our privacy very seriously and appreciate the detail that has been layed out already on how our camera are setup on the back-end. To further secure this from potentially weak/compromised passwords we need optional 2fa. (Preferably with an app vs. just sms). This additional layer will help keep us all feeling more safe and keep our cameras private and Wyze out of the h…

I’m a little concerned by the lack of votes this is getting. It would be a relatively simple thing to implement and would provide an additional layer of security to the app. Who wouldn’t want this feature? Clicky that vote button up there!

This would be a nice added feature.

They have a lot of work to do regarding app development.

Please add biometric authentication methods for the apps as an alternative to putting in the password. This could be done each time the app is opened for greater security.

Will Wyze ever include the option to protect the app with a PIN or biometric scan? It would be cumbersome to log out of/in to the account every time I use the app and a simple 4-digit PIN or fingerprint would be a great extra step for security.

Seconded. Apps of this nature should have this as a standard to allow quick logins. This is available on the Arlo app which I use for 2 other cameras.

I agree, a PIN/biometric function should be a standard feature.

Here’s a possible workaround to lock down the Wyze app on iOS. It’s somewhat clumsy, but perhaps better than nothing until when/if this feature request gets implemented. 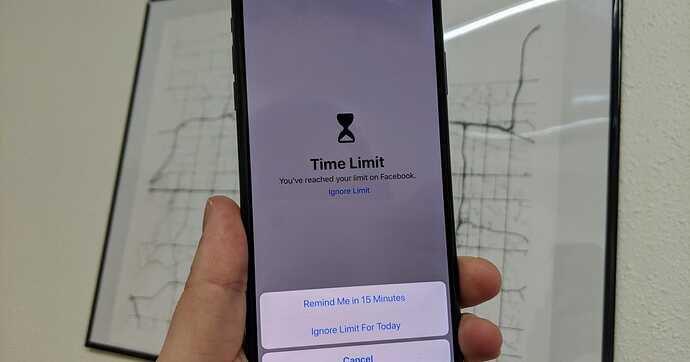 This trick makes it possible to password-protect iOS apps

If you've ever wanted to password-protect certain apps on your iPhone, this is how you can do it.

Some third party apps can do this, for some people, you don’t even need an app as their phone can encrypt apps, my phone can do this and I already used it to encrypt wyze.

So I’m only just noticing that the status was changed from in development to maybe later. I find this rather disappointing. I understand there might be more “critical” things that would require your programmers’ attention, but security should be a priority for an app that gives people a window into other people’s lives. If it is standard for a banking app it should be standard in a security camera app. I would much rather this be prioritized over other things.

Please note that 2FA is under-development.

2FA is a completely separate issue though. I want to have to put in a pin code EVERY TIME I OPEN THE APP. Not just to set up the device.

To reiterate, 2FA is used to ensure that no one can just take someone’s password and log into their account. They need a single use code from a text or app to prove they are who they are. What this thread is about is a lock on the app itself, like what your banking app uses. I don’t want to have to log out of the app and type in my password every time I want to use the app. I want to be able to use a pin code or fingerprint or whatever to protect the app from being opened by someone who has possession of my device. It’s a completely separate issue and I feel that it is being ignored by the community because people don’t make the distinction between this and 2FA.

I am not a programmer, though I have dabbled in python a bit. A quick Google search shows there are plenty of libraries that could be used to quickly and easily implement this feature. Even if Wyze wanted to write something completely in house, it should still be a priority over other features. Anyone who is for 2FA should be for PIN/bio lock.

I couldn’t agree more. This should be an absolute “No Brainer” included essential feature on any and all video monitoring Apps.

I’d be happy with facial ID in the iOS apps

I wouldn’t be too concerned on how many votes a wishlist item gets. They don’t prioritize roadmap items by votes. I’m sure they glance at the votes but from what I can figure out, I believe they have their list of things they want to work on. For example having a browser interface was one of the highest votes on items in wishlist. It’s still not even being considered. Instead they gave us rtsp which doesn’t solve the problem when at work… ie: can’t install programs on work computer or can’t have cell phone out at work. But I tend to go on… so yes vote but don’t hold your breath.

That’s not an Android feature, that’s a third-party feature. That doesn’t help me or anyone running vanilla.

A browser interface creates new security challenges. That would be my guess as to why it’s not being implemented at this time. My suggestion creates more security and requires much less in the way of programming.